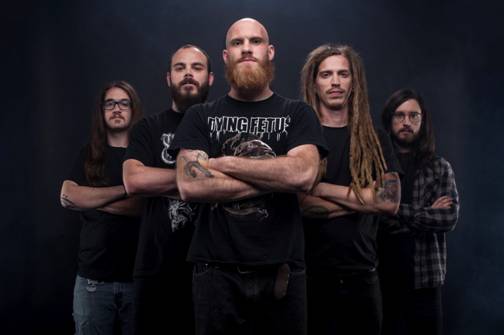 This is the year I hope Wretched really blow up and show everyone they are much better than many of their “peers”. These guys put to shame all the death core and floppy breakdown bullshit and auto clean vocal djent crap I am so sick of as a music journalist/fan. If you like heavy death music, Wretched are genuinely exciting! Imagine that!

Now I thought cannibals were made through extreme exposure to cold and desperation after plane crashes or just a general sense of hunger. That is not the case if you are a world class metal band.

Check in with WRETCHED at the studio, as guitarist, Joel Moore, talks you through the process of recording their forthcoming album, Cannibal. Moore describes Cannibal as the “most badass album WRETCHED has ever created,” going on to say, “These are some of the most technically challenging songs that we’ve ever written. If something wasn’t sounding right, we scrapped it and started over.”

Watch the “Making Of Cannibal – Part 2”.