Xibalba release video for the over the top crowd surger “Guerilla” 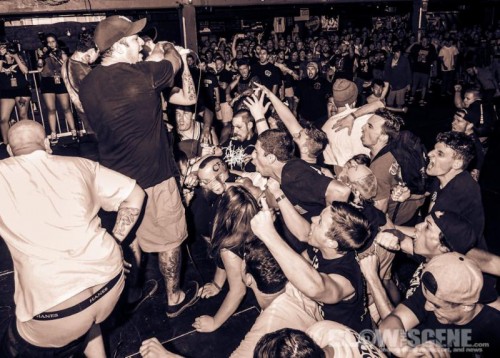 Tierra Y Libertad, released first quarter by Southern Lord Recordings , is cult force Xibalba crushing ball-bas. Ok, I know that was terribly written. Fuck it. The band are unstoppable and now have a new video via Lambgoat.

In complete DIY fashion, XIBALBA basically took the concept of their classic “Cold” video to the next level, this time the overthrowing an entire neighborhood in their hometown of Pomona, California. Directed, shot and edited by Shawn Skadburg and Matt Welch for Nine/One films, with footage by Danny Mayo and Mike Sogoff, the video for “Guerrilla” features a brutalizing live uprising filmed at a live outdoor show in a Pomona neighborhood, utilizing the voices of their friends and family to carry the message of the track to the masses.

Through a premiere at Lambgoat this week, XIBALBA’s “Guerrilla” is now playing RIGHT HERE.