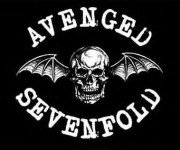 Huntington Beach Rock band Avenged Sevenfold’s new single “Not Ready To Die” was released today. The song is featured in the new Call of Duty Black Ops Zombie maps. This is the bands first release since their most recent album “Nightmare” which was released in July of last year, after the surprising death of the bands drummer Jimmy “The Rev” Sullivan.

California metalcore band Avenged Sevenfold have been tapped as the headlining performers at this year’s Revolver Golden Gods award show presented by Epiphone. The show is set to take place April 20th at Club Nokia in Los Angeles, California.

For more information on the award show, head over to the show website. Fans everywhere vote to decide who will take home the awards for “Epiphone Best Guitarist,” “Drum Workshop Best Drummer,” “Best Vocalist,” “Affliction Album of the Year,” “Samson/Zoom Best Live Band,” “Most Metal Athlete,” “Best New Band” and “Eagle Rock Comeback of the Year,” by voting at RevolverMag.com. The voting period ends on April 1.

Avenged Sevenfold will hit the road again this spring with Three Days Grace, Bullet For My Valentine and Sevendust, for what they’ve dubbed the “Welcome To The Family” Tour.

Kicking off on April 22nd in Bossier City, LA, the tour has several midwest and east coast cities locked in. The entire confirmed tour dates can be viewed here. Stay tuned for more dates being announced soon.

California metalcore band Avenged Sevenfold has announced that they will be performing a string of four shows in Brazil in early April.  The band also recently announced they will be headlining the Carolina Rebellion Festival in Charlotte, North Carolina in May.

Due to weather, Avenged Sevenfold will have to post pone tonight’s show in La Crosse, Wisconsin. The show has been postponed until tomorrow, Feb 3. Tickets will still be honored of course and this gives fans a chance to buy the last few remaining tickets.

The show is part of the band’s Nightmare After Christmas Tour.

The three-day festival features a lineup that will go hard, featuring Ozzy Osbourne and Judas Pries as the festival’s two headliners.  Slipknot, Soilwork, Sepultura, Scorpions and Iced Earth are also set to attend. 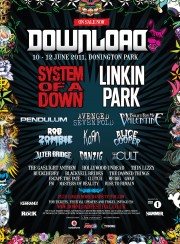 Metalcore act Avenged Sevenfold have tapped ex-Confide drummer Arin Ilejay to be the long-term replacement for the post Jimmy “The Rev” Sullivan and Mike Portnoy both held.

The band commented on the “signing,”

“We recently asked several friends who knew Jimmy and his style, and also knew our music and each of our personalities to suggest drummers to tour with us starting this year. Our longtime studio drum tech Mike Fasano recommended Arin Ilejay. We’ve rehearsed with Arin and have been impressed with his technical skills, attitude and work ethic. We’re very excited to tour with Arin and hope all of you will give him the warm welcome to the family we have.”

Mike Portnoy looks to the future with new projects

Former Dream Theater drummer MIke Portnoy has some plans for this year. After leaving Dream Theater on a presumed temporary period of time to tour with Avenged Sevenfold, he announced he would like to make the change permanent. This not sitting well with either of the bands, both Dream Theater and Avenged wanted to move forward without Portnoy. Now, somewhat marooned and removed from his previous ventures, Mike sets out to new seas in 2011.

Currently, Dream Theater are entering the studio and Avenged are still searching for a permanent replacement to The Rev.

Metalcore act Avenged Sevenfold are not renewing drummer Mike Portnoy’s contract for 2011, resulting in his departure from the band.

Yes, the rumours are true…sadly my time with Avenged Sevenfold has come to an end…

The band has decided to carry on into 2011 without me…I had a great time with them throughout 2010, but it was their choice to end the relationship at the end of 2010 as was always the initial plan….

I had an awesome time on stage with the guys every night and have so many cool memories from the experience with them…I am proud to always be part of the A7X family and history.

I also adore the A7X fans and totally appreciate the way they welcomed me aboard and were so loving and supportive during my time with the band…thank you!

As far as my future, I am excited by the endless musical possibilities that lie ahead of me…my love for music runs very deep and my taste is very broad and ecclectic which will give me the chance to explore many different things and collaborate with many great friends and artists I admire and respect…

The band has not issued a statement regarding the renewal of Portnoy’s contract.

Portnoy replaced Jimmy “The Rev” Sullivan, who died of an accidental drug overdose in 2009.

California metallers Avenged Sevenfold have announced that they will not be performing at Soundwave in Australia.  The band has issued the following statement:

“Avenged Sevenfold regretfully announce they will not be performing at the upcoming Soundwave in Australia. After much effort, the band decided that they could not offer fans the live experience they have come to expect and didn’t want to disappoint them. Avenged Sevenfold will return to Australia soon to headline their own tour.”

Avenged Sevenfold are gearing up to head out on their “The Nightmare After Christmas” tour scheduled for January and February 2011.  Joining Avenged Sevenfold on the tour will be Stone Sour and Hollywood Undead.

Avenged Sevenfold Announce US “The Nightmare After Christmas” Tour 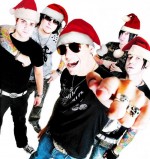 Avenged Sevenfold have just announced that they will return to the US on their “The Nightmare After Christmas” Tour. They will be joined by special guests Stone Sour and Hollywood Undead.

Avenged Sevenfold released their latest album “Nightmare” on July 27th on Warner Bros Records and are currently touring Europe with Stone Sour, who released “Audio Secrecy” on September 7th through Roadrunner Records. Hollywood Undead are looking to release their sophomore album by the end of the year.

Stone Sour will be back touring to the US in 2011. The 18 shows will be headlined by UK’s Avenged Sevenfold along with Hollywood Undead who will be opening the shows.

Stone Sour recently released “Audio Secrecy” on September 7th through Roadrunner Records and are currently on a European tour with Avenged Sevenfold who released their latest album “Nightmare” on July 27th on Warner Bros Records. Hollywood Undead are looking to release their sophomore album by the end of the year.

Recently, Avenged Sevenfold sat down at Walmart’s Soundcheck to discuss the emotions present in their upcoming release Nightmare. Interesting points are brought up in this video, as well as snippets of new songs you may or may not have heard. Go ahead and check it out here.