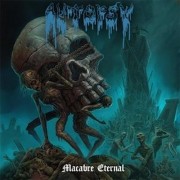 My Corpse Shall Rise is Autopsy‘s debut promo video & features the highlight track of last year’s “The Tomb Within EP”, which saw the band return after a 15 year hiatus with a new 5-track platter of death & disease.

Californian gore-metallers Autopsy emerged in 1987 & their debut album, “Severed Survival” was unleashed in 1989 on Peaceville Records. The band went on to become true legends in the death metal scene, recording 4 studio albums in total, before splitting up in the mid ’90s. The band’s fifth album, “Macabre Eternal” is released May 30th 2011 in the UK. 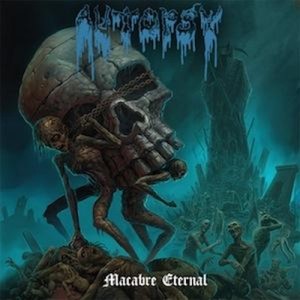 Bay area grinders Autopsy are a streaming a new song off their upcoming album “Macabre Eternal” titled “Always About To Die.” Click here to listen to the song.

“Macabre Eternal” is set to drop May 31st via Peaceville Records. Click here for the full tracklisting.

It’s been 12 years since the last full-length album, “Shitfun,”  from San Fran grinders, Autopsy. “Macabre Eternal,” due out in June in Europe on Peaceville Records, the album will release stateside shortly after, but the band has already announced the complete track listing.