DevilDriver has recorded a cover of Metallica’s “Holier Than Thou” for a Metal Hammer compilation CD, to be included with the magazine’s September 2011 issue. The issue and the CD are a 20th anniversary tribute to Metallica’s self-titled “black album,” and all but one of the cover versions featured are exclusive recordings.

You can hear a sample of DevilDriver’s take on “Holier Than Thou” and other cover tracks here.

Metal Hammer, the leading heavy metal magazine for all of Europe, has been known to publish various tribute albums to legends of the field, calling in younger bands to cover some of the best songs of the genre. Much like their sister magazine, Kerrang!, the compilations are often varied in quality, but always leave at least one or two moments that nearly outshine the original works.

This year is the 20th anniversary of the seminal “black” album by Metallica and the line-up for the cover album includes DevilDriver, ICS Vortex, Lemmy, and many more. With over 15 million copies sold (and still going strong), it may go down as the best selling metal album of all time.

Click here to check out some of the snippets and here to see the entire track list!

Skeletonwitch has been hard at work following-up 2009’s Breathing the Fire and this fall, Prosthetic Records will release the fruit of that labor in Forever Abomination.

The band will play two Midwestern shows — their first with new drummer Dustin Boltjes — before heading to Europe for a run of dates which include performances at several of the continent’s biggest metal festivals.They will then be participating in a fall North American tour along with Arch Enemy and DevilDriver

Click here for tour dates with Arch Enemy and DevilDriver! 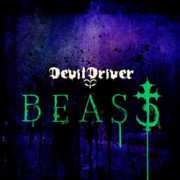 Southern California metallers DevilDriver have announced the dates for an August South American tour. Click here to check the dates and locations. This tour will mark the first time in 5 years that the band has returned to the continent.

California’s heavy metal monster DevilDriver and punk metal thrashers 2Cents will be joining Danzig in support of “Deth Red Sabaoth Tour” this April/May. The 22-city tour starts on April 29th in Las Vegas, Nevada and will be leave metal heads with whiplash throughout the U.S. as it winds its way to Tempe, Arizona on May 28th. Tickets go on sale to the general public this weekend, March 4-5, but special fan club pre-sale tickets are available here Wednesday, March 2 at 3 p.m. local time.

Danzig released “Deth Red Sabaoth” last June on The End Records and is currently in the studio working on his long awaited “covers” album reported to pay tribute to such artists as Elvis Presley and Black Sabbath. DevilDriver just released their latest album “Beast” on Roadrunner Records on February 22nd and has already received critical praise.

Southern California metallers DevilDriver and Fearnet.com have posted a behind-the-scenes look at the filming of the music video for the song “Dead To Rights.” Watch it here.

“I have to say that today is the proudest day for me in DevilDriver’s career upon the release of ‘Beast.’ This is the finest album that we have created and offers listeners the true potential of the band. It is a wrecking ball of a heavy metal record and promises not to disappoint. ‘Beast’ is the album that we needed to create. Don’t forget to crank this at a high volume when listening and enjoy the long awaited DevilDriver documentary DVD and bonus tracks in the special edition of ‘Beast.’Cheers and see you on the road!!!!!!!!
Miller”

Music website Metal Callout has conducted an interview with guitarist Mike Spreitzer of DevilDriver about their new album “Beast.” Roadrunner Records will release “Beast” on the 22nd of February and have already begun to stream the entire album on Myspace.

The guitarist laid out the bands plans for some heavy touring following this album’s release:

Well we have an extensive tour schedule coming up in the future. We’re going to be touring on this record for at least the next two, three years.  Keep any eye out for ya, we don’t have anything solidified after Australia yet but I’d say in the next two weeks to a month check our website and you guys will see a lot more tour dates popping up in the future.

Listen  to the interview and read the transcript on Metal Callout.

Southern California metal band DevilDriver have just announced that their new album, “Beast”, is now completely available for streaming on the band’s Myspace.

“Beast” is due out February 22 on Roadrunner Records, and the tracklisting can be viewed here. 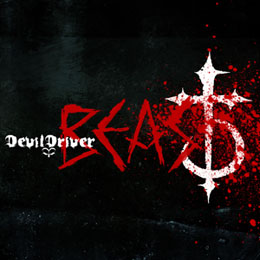 Southern California metallers DevilDriver have premiered another song off their upcoming album “Beast.” The song, “You Make Me Sick” can be heard here.

The band recently premiered the music video for the first single “Dead To Rights.” To check out the new video click here.

Southern California metallers DevilDriver have premiered the new video for the song “Dead to Rights” from their forthcoming album “Beast” on Metalsucks.net.  “Beast,” the fifth studio album from the band is scheduled for release on February 22, 2011 through Roadrunner Records.  The album is available for preorder here.  “Dead to Rights” is the first video to be released from the new album.

The band also recently released “Bring the Fight (To the Floor),” the second single from “Beast” at Revolvermag.com.

New Music: DevilDriver – “Bring The Fight (To The Floor)”

California metallers DevilDriver and Revolver have teamed up to bring you a new song titled “Bring The Fight (To The Floor)” off their upcoming album “Beast.” Click here to check it out.

Dez Fafara of DevilDriver talks about up coming album “Beast”. This is the bands fifth studio album. The band’s last album, “Pray for Villains” was released back in 2009 via Roadrunner Records.

“Beast” is set to release February 22 via Roadrunner Records.

California metallers DevilDriver and their label, Roadrunner Records, have posted the first song off the band’s new album “Beast” as a free download. You can snag the song “Dead To Rights” by clicking here.

California metallers DevilDriver have officially been added to Wacken Open Air 2011. The German music festival is renowned as one of the largest heavy metal festivals in the world. Avantasia, Blind Guardian, Rhapsody Of Fire, Apocalyptica, Ozzy Osbourne, Motorhead, Judas Priest, and Children of Bodom, are just a few of the other bands already confirmed for Wacken 2011.

DevilDriver’s upcoming album “Beast,” special edition, will be released with a bonus DVD on February 22nd via Roadrunner Records.