Listen to the first chapter of Rush’s “Clockwork Angels: The Novel”

Go here to check out the first chapter of the novel.

Stone Temple Pilots to begin work on next album soon

Stone Temple Pilots frontman Scott Weiland was recently interviewed by Billboard.com, where he reveals that the band is about to prepare new material for their next album. He explains,

“They usually start before me, just getting some rough ideas together and then putting rough ideas down on ProTools with no lyrics and no melody. And then I start listening to it and see if it’s just a straight-ahead rock ‘n’ roll record or if it’s more of a concept album like ‘Shangri-La Dee Da’ was. Once we decide that, it should go full speed ahead.”

The new album will be the follow-up to last year’s self-titled reunion album, which marked the band’s first after a 9 year absence.

Canadian rock legends Rush have released a trailer for their upcoming live DVD Time Machine 2011: Live In Cleveland, due out on November 7th, and you can watch it here. A 2CD set and Blu Ray versions will also be released on the same day.

Time Machine 2011: Live In Cleveland was filmed at a concert in Cleveland, Ohio during the band’s Time Machine Tour on April 15, 2011 at the Quicken Loans Arena. The film was recorded by Banger Productions, which had previously produced the Rush documentary Rush: Beyond The Lighted Stage.

Rush are expected to be releasing their new album, Clockwork Angels, sometime next year. Their last full-length studio album, Snakes & Arrows, was released in 2007. 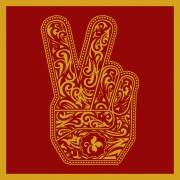