ENSIFERUM release lyric video for “Run From the Crushing Tide” 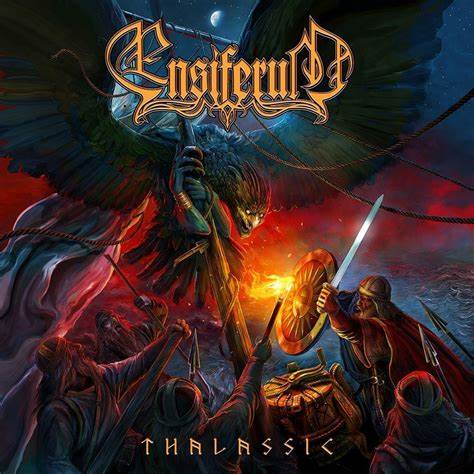 Melodic folk death metal band Ensiferum have released a new lyric video for my favorite song “Run From The Crushing Tide” from Thalassic. This record has been an explosive and inspiring new era for the band and is one of the absolute best epic metal albums of 2020, a must support release! The addition of new keyboard player/lead clean vocalist Pekka Montin has been a huge hit with fans, one of the best decisions of Ensiferum’s already storied legacy!

“Run From the Crushing Tide” is one of the songs which best captures the grim sea adventure themes of this specific album. Amazing high vocals, roaring gutturals and a truly momentous warrior-minded guitar centric bridge. I am very pleased they have released this song as a single as it is perhaps the best song on the record.

Mixed and mastered by Jens Bogren, Thalassic was recorded and produced in Petrax and Sonic Pump studios by Janne Joutsenniemi, who was involved on their albums Victory Songs (2007) and From Afar (2009).

“We like to go to a studio when we have all the songs 99.9% ready so the producer’s main job is to kick our asses while we record,” states bassist/vocalist Sami Hinkka. “Of course Janne Joutsenniemi is a world-class producer, and we asked his opinion if we were doubting any details. It was really a pleasure to work with him again, and I think this was one of the most easy-going studio sessions I have ever been part of. We are extremely happy with the result.”

The album is also charting well! 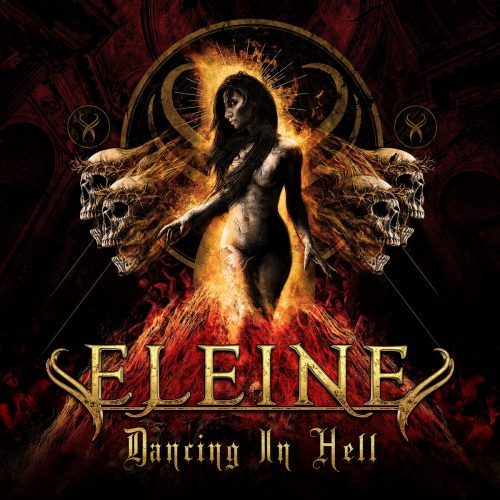 Heavy metallers Eleine have unleashed a powerful new video for “As I Breathe”, a blend of symphonic and melodeath that just kicked my ass! Huge melodies and punishing guitar abounds! Fans of Tarja, Arch Enemy, Delain will find plenty to love about this killer tune. Dancing In Hell is this Swedish band’s third long player and you should definitely pre order it today! It releases late November and is sure to be one of the last monumental records of the underground you can use to blast 2020 into the stratosphere as we look towards better days. 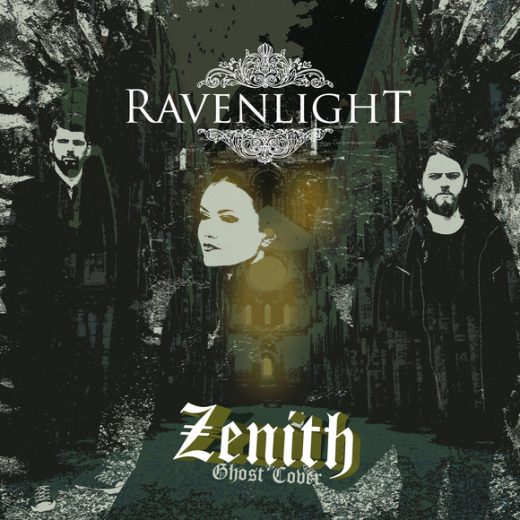 Now this is what I am talking about! Love when a band does their own cool take on a cover, especially something that isn’t such an obvious song pick in the first place. Symphonic metal band RAVENLIGHT have offered up a killer and fresh take on Ghost’s Meliora B-side ‘Zenith’, transmuted into the band’s own Irish symphonic metal aesthetic. The results are pretty glorious, I must say.

Singer Rebecca Feeney had the following to say about the track: “Zenith may seem a not so obvious song for a cover, however, we went with Zenith for many reasons. I really enjoyed singing along to it, it really suited my range. Furthermore, we felt that Zenith is a very underrated Ghost song, due to the fact that it is a bonus track on the Vinyl version of Meliora, so it is not as well known as other tracks, giving us a chance to really put our own spin on it.”
Hey Cardinal or Papa or whoever is in charge of the Ghouls these days, grab this band up with an opening slot the next time touring can happen again!
Add to My Radar 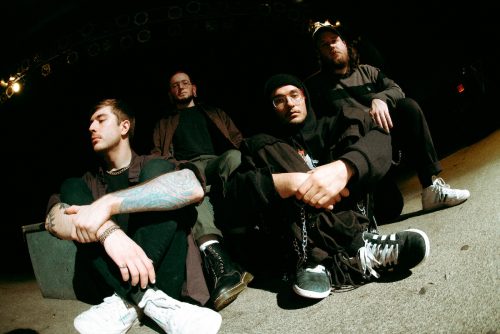 Boundaries have announced their debut full-length, Your Receding Warmth, due out November 13th via Unbeaten Records. To mark the occasion, the band shared the devastating lead single “Carve” with an accompanying music video that ‘…follows the good and bad that rushes into one’s life to fill an emotional gap’. I love how the very angry vocals are still intelligible, yet all consuming. Also really like the guitar tone, heavy but not just completely distorted mush. The very first riff even reminded me of RATM for half a second before going into more metalcore/aggro post hardcore territory. Also really digging the album title, painting a relatable picture of estrangement. The anticipated album was recorded with producer Randy Leboeuf at Graphic Nature Audio and we look forward to it. . Your Receding Warmth is available to preorder here and the music video for “Carve” is available to watch on YouTube as well as to stream on Spotify. 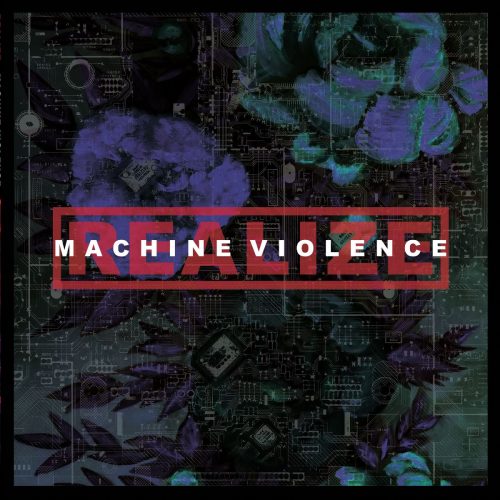 Arizona’s REALIZE channel Godflesh, Nailbomb, and Meathook Seed with their sophomore album Machine Violence, assembling an abrasive and hyper-aggressive take on industrial metal. Machine Violence is out September 25th on CD/LP/Digital via Relapse Records (continuing to celebrate 30 years in style). Digital is HERE and Physical pre-orders are available HERE. 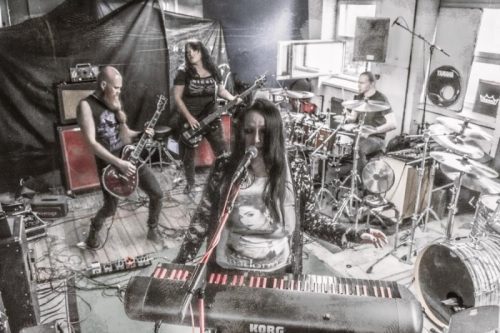 Oblivion Beach are an awesome band

A few days ago gothic infused doom rockers OBLIVION BEACH released their powerful third single “Teachings Outside the Garden” along with a music video from their upcoming debut album Cold River Spell, set to be released on October 16th via Schwarzdorn Production.

OBLIVION BEACH’s new video was shot in Rovaniemi, Finland in April 2020 by Ilari Kallinen and you can watch it below. Fans of everything from Draconian to The Gathering and Candlemass will eat this up. 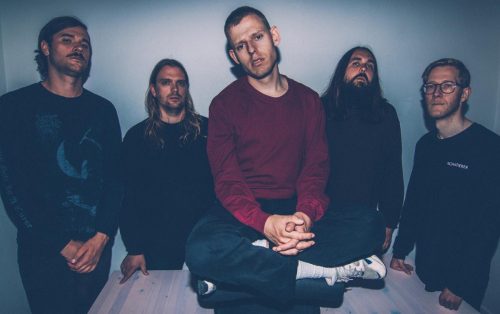 Danish metallic hardcore noisemakers Eyes have released a video for their song “Distance” over at Decibel Magazine!

“Distance” comes off the band’s upcoming debut album Underperformer due out September via Indisciplinarian.

Eyes is made up by five young veterans from the Danish metal and hardcore scene, and the new album Underperformer reflects a combo that does not worry one bit about what fans, the scene, or people in general might think. One senses an artistic kinship with bands such as Daughters, Pissed Jeans, and Converge, all bands who started out with a particular sound and have changed and developed their musical vision significantly; something Eyes aims for as well, and succeeds in.

Barely over two years since the band’s eponymous debut EP saw the light of day, Eyes delivers their Underperformer. The record was produced by Tobias Munk Tønder (Église, Drukner), mastered by Jacob Bredahl (Lifesick, I Am Bones) who also contributes guest vocals to several songs on the record, and completed with artwork by Jon Gotlev/No Heroes.

The new video for “Distance” was directed by Ausrine Kurgonaite and Chey Long-Andersen.

“‘Distance’ is the shortest and most aggressive track on the record, by a small margin, as the whole record is pretty fucking aggressive. It was also one of the first songs we wrote for the album and it ended up being the song that really shaped the sound of Underperformer. Lyrically, the song is about discovering when something isn’t as it should be in your life. The feeling of reaching out, only to be met with dismissal and misunderstanding. If you’re depressed; don’t stop reaching out. Not everyone will understand; someone will.”

Head over to Decibel Magazine to see the video for “Distance.” 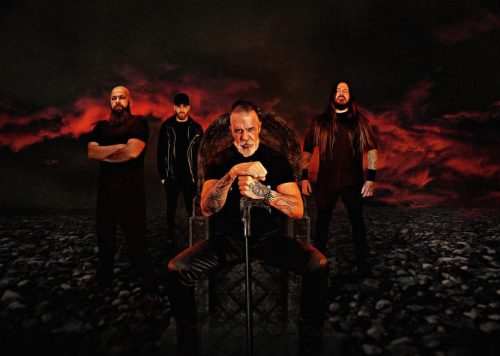 Brazilian Death Metallers The Troops of Doom have released a video for their track “Between The Devil and the Deep Blue Sea.”

The track comes off the band’s forthcoming EP The Rise of Heresy due out October 9 via Blood Blast Distribution.

The Rise Of Heresy features four original songs and two cover versions of Sepultura classics, “Bestial Devastation” and “Troops Of Doom.” In advance of the EP’s release, The Troops of Doom are pleased to unleash a lyric video for first single “Between The Devil And The Deep Blue Sea.”

Check out the lyric video for “Between The Devil and The Deep Blue Sea” as well as the album art for The Rise of Heresy here. 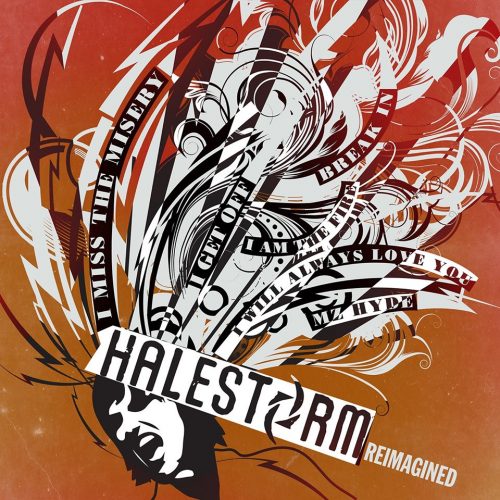 Pennsylvania rockers Halestorm have announced their newest EP Reimagined to be released in August.

The EP features a song with Amy Lee of Evanescence and will also include a cover of Dolly Parton’s “I Will Always Love You.” 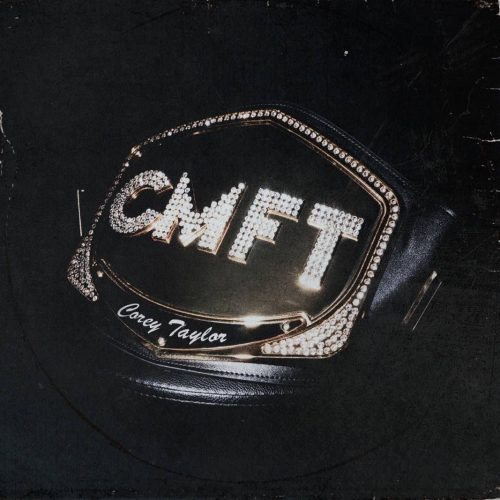 This is the band’s first new track since 2018’s Eternal Nightmare LP, which was released via Rise Records.

“Bleeding Sun” is a political track that hearkens to the best of deathcore. With imagery that reminds me of when I first started watching political punk and metal music videos, Chelsea Grin is out to make a statement.

Check out the lyric video here. 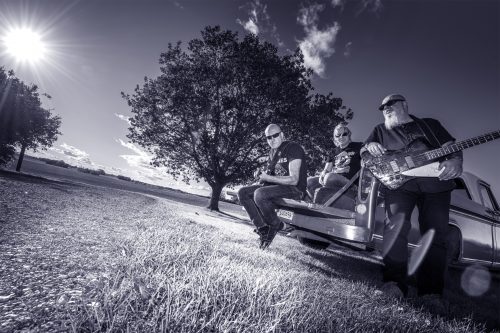 Having a very bad and emotional day due to a death in the family. Distracting myself from feeling down by sharing some good old fashioned rock n’ roll with you all to try to make the world a cooler place. Really enjoyed the take no prisoners new jam “Gasoline” from Swedish hard rock fighters BÜRNER.  These guys are no bullshit and will release the new album Baptized in Gasoline on 30th September 2020 via Time To Kill Records. It truly scratches the Lemmy itch and is a bad ass tune that picked me up off the ground a bit. Maybe it will cheer you all up as well if needed. Either way, the band fucking rock.

Extra tracks (only on CD): 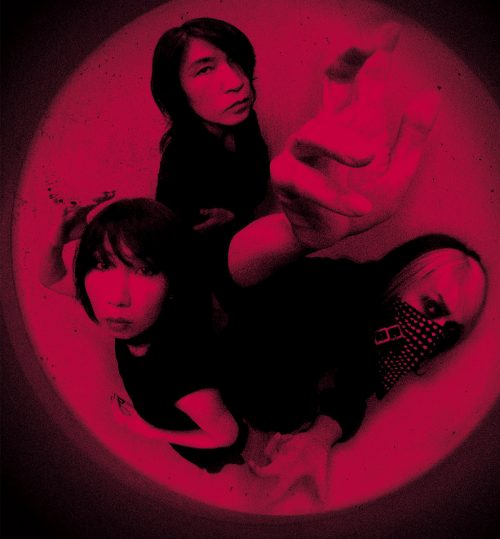 The envelope pushing underground legends known as Boris have a new video for   “鏡 -Zerkalo-“, a track from their tectonic shifting new album, NO. The clip was created by producer Yoshiki Shimahara (also responsible for CG works in the movie Shin Godzilla, etc.) and can be found below. Five+ minutes of almost mythical environmental settings paired with some of the most heavy and tortured powerful dirge of the band’s fertile career. Boris remain unstoppable.

Boris comment on the video: “The song as a mirror that reflects this world.” 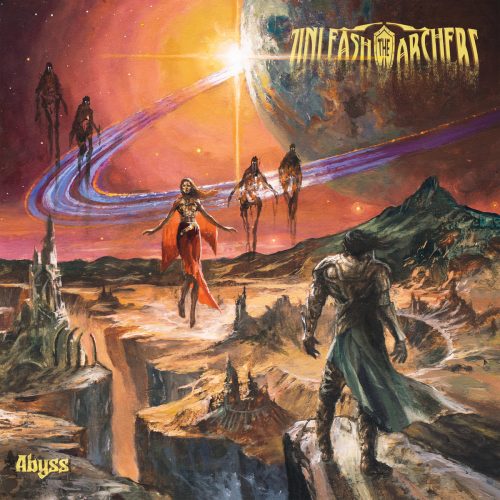 Psycroptic reveal video for ‘Beyond The Black’ 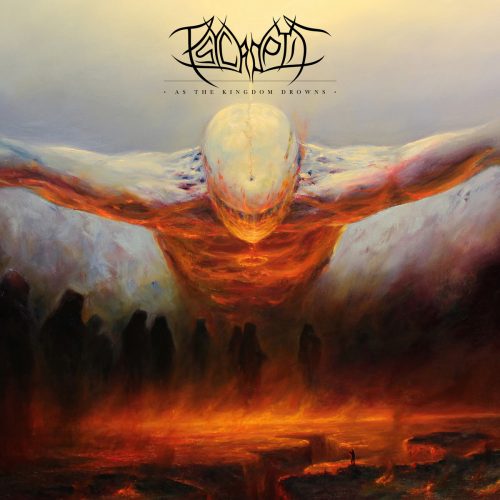 Psycroptic have an explosive new video for dark thrash song ‘Beyond The Black’. The very gloomy looking and imposing clip can be experienced below.

The band comments: “We’re very happy have once again worked with our good friend and long time collaborator Wilson Bambrick on the film clip for Beyond The Black. The clip was shot last pre-isolating (in September 2019); and due to the Plague and other delays on our end it hasnt seen the light until now. Please enjoy, and we look forward to getting some new music out later this year.”