U.K. grindcore act Napalm Death is currently putting the final touches on their 14th studio album. This new album is entitled “Utilitarian,” and it will hit stores on February 27th in Europe and February 28th in North America via Century Media Records. The cover artwork was created by the Danish artist Frode Sylthe.

“After some deliberation, we have decided on Utilitarian as the album title. We generally try to avoid generic titles, and this seemed to have a lot of scope to it. I won’t explain the full meaning of Utilitarianism here because it’s an ethical theory, and as ethical theories go, the depth and debate around it is quite heavy at times. It has a certain ‘morality’ aspect to it and that isn’t something that drives me, so I also certainly have issues with it.”

“So, rather than just nail that straight to the mast, of course we wanted to put our own spin on it by suggesting that those (i.e. the utilitarian in us, perhaps) who try to challenge everything, or fight against conventions, well, we go through periods of real self-doubt where we wonder if we’re really making a difference. I suppose the conclusion is that, for the sake of all our freedoms, you should never stop, as even the feeling of resistance is at least a signal to those who would like to entirely control and dominate us – meaning everything from our instinctive behavior to our human entitlement to walk the earth unprovoked.”

“Regarding the album overall, the final creases should be ironed out fairly soon, and immediately after that, we thought it would be good to top it off with a few UK dates. We’ve been playing one new song (“Quarantined”) out on a tour of Canada and it’s been well received, so we hope to perhaps throw in another one for now. Either way, we’ll be bouncing off the walls again near you very soon. Cheers all.” 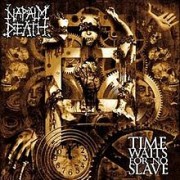 Recently Mark “Barney” Greenway, of UK grindcore act Napalm Death, has revealed in an interview with Noisography.com that the band has renewed their deal with Century Media and that their yet untitled 14th album, produced by Russ Russel, will be released in early 2012. The album was recorded at “Parlour Studios” in Ketterling (GB). Check out the video interview with Mark Greenway here.

The yet untitled record will be released in the beginning of 2012 on Century Media. 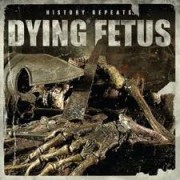 Maryland death metal dealers Dying Fetus are streaming another cover track off their upcoming limited edition, mini-LP “History Repeats…” The track is Napalm Death’s “Unchallenged Hate,” and you can listen to it here.

The mini-LP is limited to 5,000 copies worldwide and set for a July 19th North American release date through FYE stores and Relapse Mailorder exclusively. “History Repeats…” will be released internationally on July 25th.

British crossover thrashers SSS have revealed that Napalm Death frontman Barney Greenway will appear as a guest vocalist on the band’s forthcoming new album, titled “Problems to the Answer”.

Greenway performs guest vocals on the tracks “The Kill Floor”, “Here Comes The Neighbourhood” and “Roar”.  “Problems to the Answer” is due to be released in Europe on June 6th and in North America on July 12th.

Greenway comments on his guest appearance: “Foxy really knows his musical onions and when he had some parts for me to do, I knew it was going to be a gas.  The main part had a Discharge-y feel to it, so I was sold on that instantly.  Went in, shouted, went home.  No fucking about.  Good stuff.”

SSS frontman Foxy comments: “Barney was on a shortlist of one – it was him or no one.  Knew he’d be into the direction of our latest musical outing and the stance the songs take were right up his street.  Some serious barking was required and his dulcet tones didn’t disappoint.”

English Grindcore band, Napalm Death, are streaming there latest Single, “Legacy Was Yesterday”. You can head over to MySpace to listen to the track.

The band, which formed in 1981, has released 14 albums. Their lastest being “Time Waits For No Slave”, which was released back in 2009 via Century Media.

In a statement made on the official Judas Priest Web site last Sunday, the band, long-time favorites in Japan, sent a note of love and well wishes to the country following the 9.0 Magnitude earthquake disaster.

“We were all deeply shocked to hear about the awful tragedy in Japan with the earthquake and tsunami – our thoughts and prayers go out to all our fans and everyone there,” read the statement.

Judas Priest is gearing up for their final world tour to begin in June. No Japan dates have been announced.

Napalm Death also posted a link on their MySpace page where fans of the band could go to support the Red Cross relief efforts underway.

Dream Theater keyboardist Jordan Rudess posted a special video earlier this week. The video includes an original composition from Jordan, which he says is “A musical message for my friends in Japan who are dealing with this terrible natural disaster.”