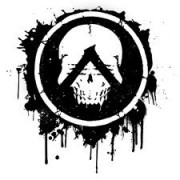 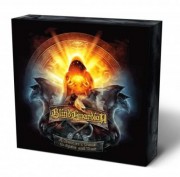 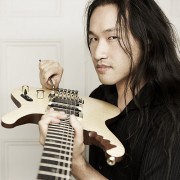 “I’m happy to say that all the music for FW11 is now written (finally!). Still some lyrics to do, but we’re close. Looking forward to sharing this with you in 2013.”

German metallers Pink Cream 69 have been in the studio mixing their eleventh studio album, which will be called Ceremonial and is due for release in early 2013, with a full-scale tour to follow. According to a press release,“Musically, the fans can expect a classic Pink Cream album from the David Readman era (beginning with ‘Electrified’).”

Songs set to appear on Ceremonial are “Big Machine”, “Passage of Time”, “I Came to Rock” and “Special”. The release of the record will be accompanied by the arrival of the band’s first video clip since “Shame”, taken from their 1998 album Electrified.

DragonForce has just released a new music video for their song “Cry Thunder” off of their latest album The Power Within. Wait! it’s not just any type of music video, this is a live performance video of the band playing. The video was shot while the band was on tour in Europe and was filmed with hand held cameras and live audio. To watch the video click here.

Florida power metalers Seven Kingdoms have released a music video for the song “After The Fall.”  The song comes from their upcoming album The Fire Is Mine which is scheduled for release October 9, 2012 under Nightmare Records.

To watch the video for “After The Fall” click here.

The Fire Is Mine will be the band’s third full length release and was recorded at Morrisound Studios with legendary producer Jim Morris (Iced Earth, Obituary, JOP, Jag Panzer, etc.).

DragonForce have premiered a music video for their song “Seasons”, which appears on their latest album The Power Within. You can watch the video here.

The Power Within was released on April 17, 2012 via Roadrunner Records. The album is their fifth studio album and is the follow up to their 2008 release Ultra Beatdown.

Blind Guardian vocalist Hansi Kürsch revealed in a recent interview with Powerline that an orchestral album is in the works and set for a 2014 release along with a brand new studio album. He states:

“2013 sounds a little ambitious at the moment. I am hoping for 2014. This could be a great year. Ever since “A Night at the Opera”, my goal is to release the orchestral album the same year we are going to release the studio album. In vain, so far. But I will never give up hope.”

The band’s last studio album, At the Edge of Time, came out in 2010 on Nuclear Blast. 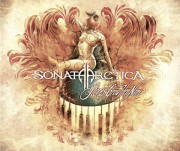 Finnish melodic metal group Sonata Arctica have released a Las Vegas themed video for the single “Shitload Of Money.”  The track comes from the band’s most recent album Stones Grow Her Name which was released last May via Nuclear Blast.

You can check out the video by clicking right here.

In a recent interview, when asked about the song, lead singer Tony Kakko stated:  “You cannot sell something you cannot buy back. A lot of people, especially on Facebook and other social media — and they should consider this! — they are putting their face and privacy out there and you can’t get it back.” 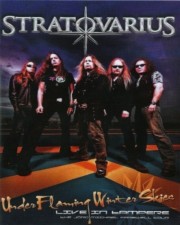