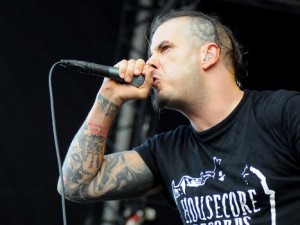 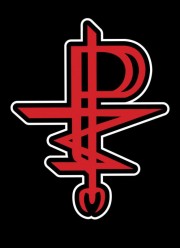 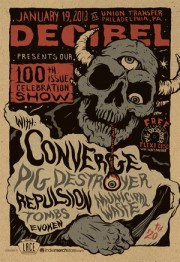 Metal Church to reunite for 70,000 Tons of Metal

After their second breakup in 2009, Metal Church will reunite once again in January for 70,000 Tons of Metal, which many call “the world’s biggest heavy metal cruise”. The reunion lineup consists of Ronny Munroe on vocals, Kurdt Vanderhoof and Jay Reynolds on guitars, Steve Unger on bass, and Jeff Plate on drums.

Metal Church will do at least two performances on 70,000 Tons of Metal. There, they will perform their 1984 classic self-titled debut album in its entirety. On the other show, there will be a “greatest-hits” set and you can vote for what songs you want the band to play. More details on how to vote will be announced soon.

There is currently no indication whether the reunion will result in recording a new album or touring extensively. Their last studio album, This Present Wasteland, came out in 2008 on SPV/Steamhammer.

Morbid Angel have been denied entry to Canada and will have to cancel two scheduled shows there tonight (in Montreal) and tomorrow (in Toronto), which are part of their ongoing tour with Dark Funeral, Grave, and Vadim Von. Here’s what the band had to say:

“Regretfully, as much as we wanted to continue the musical onslaught, the Canadian immigration officers at the border had other intentions. Canada is NOT HAPPENING.”

The band’s latest album Illud Divinum Insanus was released in June 2011 through Season of Mist.

Led Zeppelin reunion show to be released on DVD and CD?

According to a report on Blabbermouth, Led Zeppelin‘s legendary reunion performance at the Ahmet Ertegun tribute concert at London’s O2 Arena in December 2007 will finally be released on DVD and CD in November. The source is also reporting that the set will consist of a double DVD accompanied by two CDs. 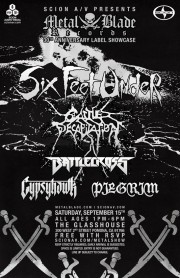 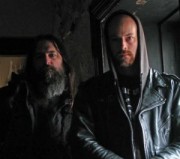 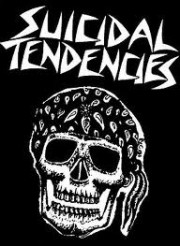 First things first, this sounds amazing and even though I’m going to Wacken again this year, I’m already jealous of anyone that gets to go on this.  Not many details have been released, but wow is this going to be cool.  It’s going to be a 7 day affair with more than 20 bands and all sorts of other perks.  The ship will be stopping in a few different ports and you’ll be able to book all sorts of extra activities for when it does.  PLUS, food and drinks will be included in the ticket price!  There will also be things like meet-and-greets, metal karaoke, movie nights, metal comedy, workshops for musicians and much more.

No bands have been announced as of yet, but we’ll be sure to let you know as soon as any info becomes available.  Also, if anyone wants to buy me a ticket or give me money for one I’ll be accepting donations starting now.