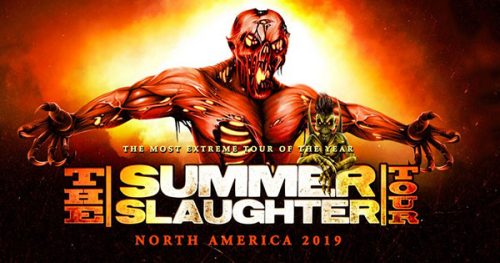 The Summer Slaughter Tour 2019 has been officially announced. In addition to a “special guest”, this edition will feature: 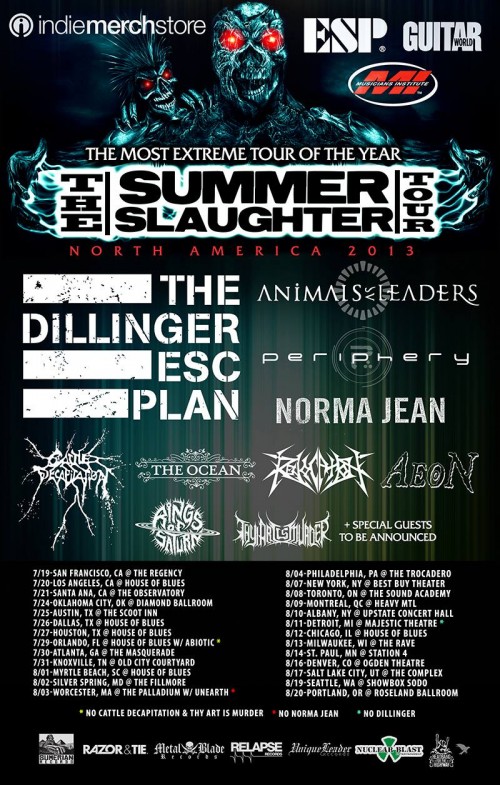 A black stampede raged through Times Square, as hundreds of metalheads poured into the Best Buy Theater for New York City’s stop on The Summer Slaughter Tour. Eleven bands performed nine hours of chest-rattling metal for the most extreme night of the year. I was front and center for the brunt of it and let me tell you cretins: this show was every bit as intense as it was billed. Armed with my camera, press pass, iPhone, cigarettes, and scores of power backups, I was ready for journalistic war. And I fucking conquered.   Click here for the full spread of pictures and commentary. 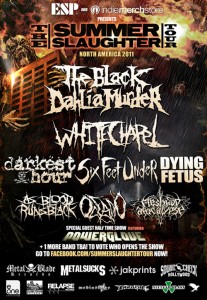