Search Results for "Obey The Brave"

The Contortionist have announced that they will be hitting the road with the men of Born of Osiris, Obey The Brave,  Wolves At The Gates, and Unearth in November.

The band will be out in support of their latest effort Intrinsic which is out in stores now. 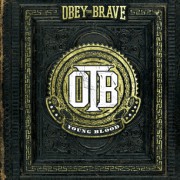 Canadian metalcore newcomers Obey The Brave have a new album called Young Blood coming out soon, but if you can’t wait and want to check it out now, they’re streaming the whole thing for free right over here.  Young Blood will be the band’s debut album and will be released via Epitaph Records on August 28, 2012.

A recent press release had the following to say about the record:

“The new album contains eleven tracks of pure adrenaline – charged hardcore, sure to please both metal diehards and hardcore fans alike. Tracks like ‘Get Real,’ which features Terror’s Scott Vogel on guest vocals, pay homage to ‘90s hardcore while peppering in more modern elements like massive metalcore breakdowns and an always-driving beat. ‘Time For A Change,’ while still including hardcore staples like riotous gang vocals and another of the album’s brick-and-mortar breakdowns, showcases some smooth lead lines during its more melodic outro.

“‘Live and Learn’, the album’s first single, is a well-rounded representation of Obey The Brave’s bare bones, progressing from blistering double-kick blasts throughout its opening verse to some tasty breakdowns and another rather musical outro that adds an extra dimension to an otherwise relentless track.”

You can also check out several Obey The Brave tour dates by clicking here.

Canada’s metalcore act Obey The Brave has signed to Epitaph Records. The label has plans of releasing Obey The Brave’s new record Young Blood on August 28th of this year. The album can now be pre-ordered via the Epitaph Store.

Vocalist Alex Erian had these comments to make about the signing:

“I remember listening to my Pennywise and Rancid cassettes back in high school and daydreaming endlessly about being in a band and touring the world. If someone would have told me back then that I’d sign one day with the label that started it all, I would have never believed it. It feels unreal but my boys in OTB and I are definitely up to the challenge. We’re extremely honored to now be part of the Epitaph family and are looking forward to many years of pure fucking destruction together!”

The band has released a music video for their single “Get Real” and a video in regards to the signing, to see the videos click here.

Still hot from their Bamboozle performance, Obey the Brave has recently released their debut EP titled Ups and Downs on Good Fight Music. The album features guest vocals from Terror front man Scott Vogel on the “Get Real” single.

The album will be available on 7″ vinyl (which can be purchased in four different colors) and digitally via the Good Fight Webstore.

We recently told you about a new metal/hardcore band popping up on the scene called Obey the Brave that consisted of former members of Despised Icon and Blind Witness.  At the time only a sample of their song Live and Learn was available, but today they have posted the official video that you can click here to see.

The video was directed by Montreal director Jessy Fuchs and in a press release it is said that it “showcases exactly what the band is all about: raw music paired with an in-your-face attitude.”

The band has also added dates to it’s upcoming tour which you can see here.