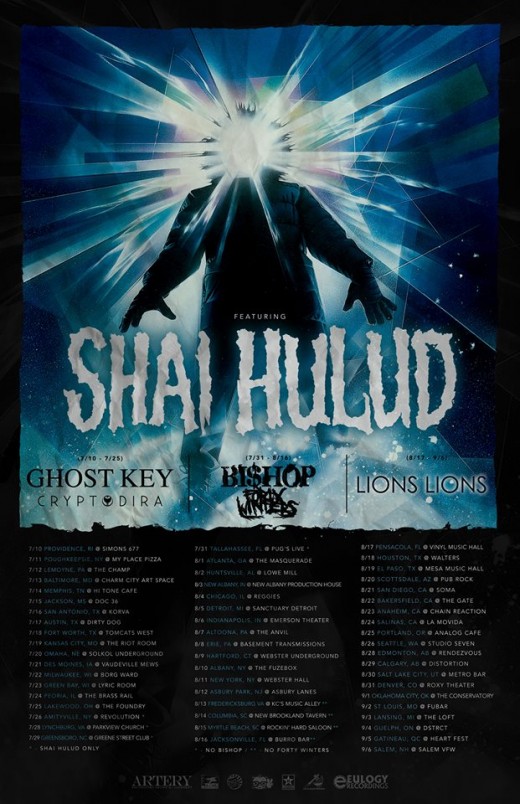 Hardcore/metal hybrid pranksters Shai Hulud retain their bite/whimsy and demonic charm release after release. Matt Fox leads his band of mighty heroes on tours aplenty, but this one ought to be special. I feel also that they should write a song called “The Misanthropic #rapsongs of #ShiaLaBeouf” so that Shai Hulud would show up in more search engines. I’ve been listening to these dudes all week. Excelsior! 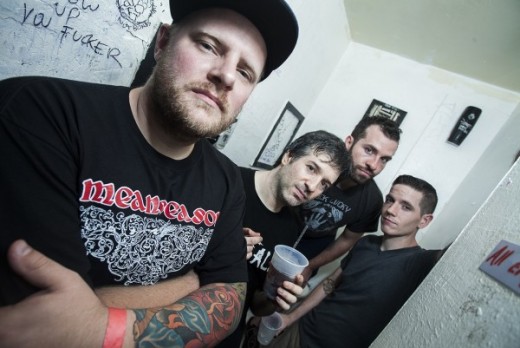 New York by way of Florida metalcorers Shai Hulud have announced that they will be hitting the road in January.

The tour will be headlined by This or the Apocalypse and Sworn In and Sirens & Sailors will help to open the show.

Check out the tour dates and a tour trailer here.

Beyond The Shore debut “Glass Houses”

Kentucky metallers, Beyond The Shore, have debuted their third single “Glass Houses” off of Ghostwatcher on Loudwire.com.

Vocalist Andrew Loucks had this to say:

“It is written as a sequel dream state to ‘Half Lived’, as the entirety of the album is written in the mind state of a dream. ‘Glass Houses ‘is basically my perfect world, created and maintained from imagination.”

Ghostwatcher is set to drop on April 2nd.

Check out Beyond The Shore tour dates with Shai Hulud, Veil of Maya, The Contortionist and more here.

Shai Hulud and Beyond the Shore to kick off tour 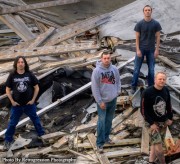 American metalcore stalwarts Shai Hulud and label mate upstarts Beyond the Shore are heading out on tour next weekend.

Joining them on the tour will be Thy Will Be Done and Altars.

Interview: Shai Hulud – Matt Fox and “Reach Beyond The Sun”

Florida turned Poughkeepsie, NY legendary true meaning of metalcore band Shai Hulud are back with their first music in nearly half a decade. REACH BEYOND THE SUN (Metal Blade) finds the band teeming with life against the odds in a world of naysayers, downcast souls and hate mongers. From the opening, oppressive salvo of “The Mean Spirits, Breathing” to the march of “I, Saturnine” (which morphs into the somber and melodic, heart wrenching yet bold type of riffing Hulud is famous for) to the awe-inspiring “Medicine to the Dead”, this is perhaps destined to be Hulud’s finest hour to date.

That is hard for me to say since I love their old records so much, but Fox and company really knocked it out of the park here. Reuniting with original vocalist Chad Gilbert (New Found Glory) to produce a magnum opus, they nailed it. This is maybe the apotheosis of their lengthy and storied history of examining the demonic and corrupt tendencies of human kind contrasted to hope, courage and dedication. Let’s face it, the headlines from around the world make at least a plausible case for pessimism, but the music of Hulud is a vital way to retain lucid focus and demand better from life, remembering potential.

I talked at length with my friend Matt Fox about the new record, looking for a permanent vocalist, gang vocals, Rev 25 and the awesome power of Chain Of Strength, which Anthrax singer we each prefer and much more. Click HERE to Reach Beyond The Sun!

Shai Hulud launch title track for “Reach Beyond the Sun”. 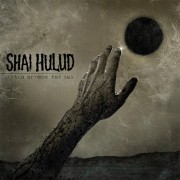 SHAI HULUD‘s new album, Reach Beyond the Sun, will be released in North America on February 19th, 2013. The title track for the album is streaming on-line, and is available for purchase on iTunes. To listen, visit HERE. Throughout the next few weeks, the band will also be posting candid studio video blogs, new music, and more, so watch out for updates as they are made available.

Reach Beyond the Sun is the fourth entry in Shai Hulud’s storied catalog. The album was produced by current New Found Glory guitarist, Chad Gilbert, and notably, vocalist on Hulud’s debut LP Hearts Once Nourished With Hope And Compassion. In addition to producing, Gilbert also returned to sing on the album – his first offering of recorded vocals with the band in over a decade. Not unlike Shai Hulud’s previous releases, Reach Beyond the Sun was born of several years of toiling before ever entering a studio. The band’s previous effort, Misanthropy Pure, a polished, metallic and frenzied piece of masterwork, is contrasted by the much more visceral, instinctively compositional songs found on Reach Beyond the Sun, an embracement of the raw Hardcore/Punk elements that sit at the cornerstone of the band’s influences.

Longtime bass player Mad Matt Fletcher asserts, “Anyone who really knows the band will agree this album is our definitive sound, encompassing all of our different influences and styles.”

Florida/New York Metalcore stalwarts, Shai Hulud have announced the “Hope Within Hatred” Tour with A Plea For Purging, Counterparts and Dead Icons.  The tour begins on February 23rd in Danbury, CT and will carry through March 18th in Evansville, IN.  The band will also be releasing a follow up to 2008’s, “Misanthropy Pure.”

Guitarist Matt Fox had this to say about the tour: “In form, when given the opportunity Shai Hulud tours with bands we think we might like to be around. We’re happy to be hitting the road with our pals in Counterparts, and soon-to-be pals in A Plea For Purging and Dead Icons.”

For tour dates and and some words about the new album from the band check here.