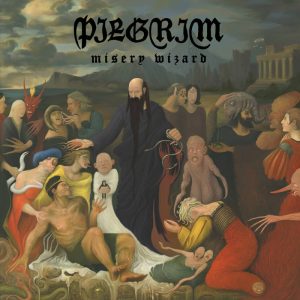 Very sad news today. Metal Injection reports that Pilgrim‘s Jon Rossi has died at the age of 26. This is a damn shame. So much life ahead of the dude and in a well loved and influential act as well. Our thoughts and hearts are with his family and friends. Pick up our favorite Misery Wizard in tribute (gotta love that “Astaroth” Cathedral-esque guitar march). What a shame. Rest in power. 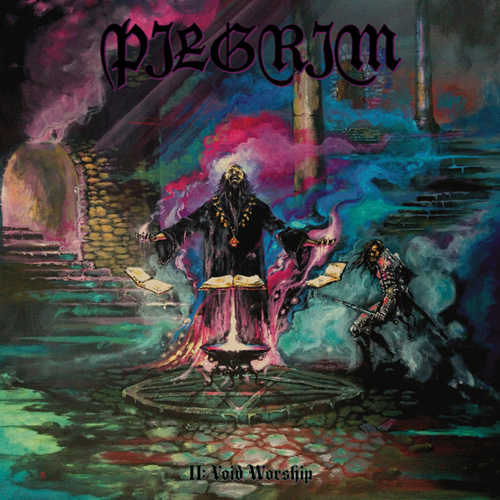 Wizards and warriors, rejoice, for the chosen one has returned! Since the early 2012 unveiling of their debut sonic behemoth, Misery Wizard, fans and critics alike have patiently yet anxiously awaited the second chapter from Rhode Island doom bringers, PILGRIM. Welcome II: Void Worship.

Wielding eight new epic tracks laden with tales of swords and sorcery, death, doom and destruction, II: Void Worship wasrecorded at Moonlight Mile Recording by audio architect Mike Moebius and supplies an extraordinary quality of tone and heaviness. With II: Void Worship, Pilgrim takes a new approach to their songwriting, replacing meditated, repetitive hypnosis-inducing dirges with more calculated and demented power-house riffs. They build, shape, and climb into frenzied climaxes and fade into sweet sonic releases, molding perfectly crafted rock songs into twisting spires of evil doom metal masterpieces. It is obvious that Pilgrim has matured, both musically and as individuals, in their past two years of global conquest.

Feel the gargantuan crush of third hymn, “The Paladin,” now streaming at HERE.

Tracklisting can be perused Below.

Set to take place August 30 through September 2 at El n Gee Club in New London, Connecticut, Pilgrim will appear alongside Earthride, Revelation, When The Deadbolt Breaks and more.  Festival.

“Playing in Scandinavia was a great honor. The first ever Heavy Days in Doomtown festival was a massive success and Pilgrim is proud to have been a part of something that will surely become a chief ceremony for all lovers of music that is slow and heavy. Hails to all of the promoters and organizers who made our shows in the area a possibility! We will return sooner than later! Pilgrim looks into the future with great eagerness. The Stoner Hands of Doom festival has a long history in the New England doom metal community and we are prepared to add our name to the long list of bands that have glorified this fest. We are privileged and honored to be headlining the bill with the legendary Revelation, who has been an inspiration to many modern doom bands, ourselves included.”

In addition to their stint on SHoD, Pilgrim will bring their dirge to the stage of Brooklyn this Friday at Saint Vitus with fellow doom metal band Witch Mountain.