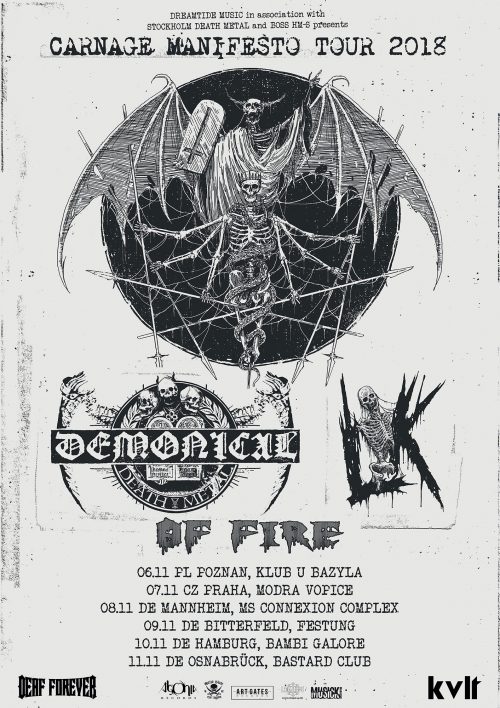 Swedish melodic, brutal death metal tyrants DEMONICAL, premiere an old-school, VHS style music video for the track “Sung To Possess”, taken from the band’s latest album “Chaos Manifesto”, out now on Agonia Records. Watch the video and catch the band live on tour with Lik this November. “Sung To Possess” music video is available on YouTube:

DEMONICAL commented: “We are very much looking forward to November and our return to mainland Europe under the “Carnage Manifesto” banner. As we will be joined by our Swedish brothers in LIK and OF FIRE this tour-package will be something special, a total slap of Stockholm-style old-school death metal and a wet dream for every worshipper of the buzzsaw HM-2 sound! Death metal darkness prevails… and then some!”. 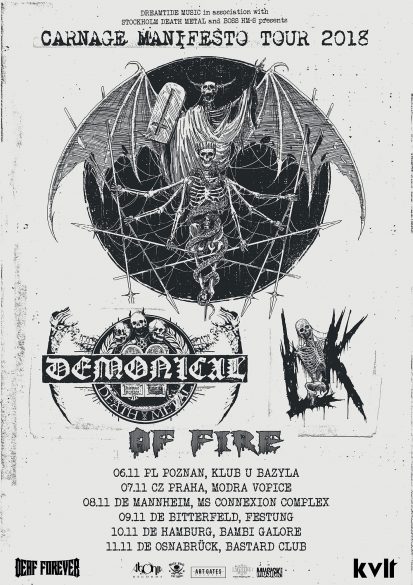 Swedish death metal act DEMONICAL have teamed up with their countrymen Lik (Stockholm-based death metal) for a tour of Europe including Poland, Germany and Czech Republic this November. The band will hit the road in support of their fifth studio album “Chaos Manifesto”, released in March on Agonia Records. The opening act will be Of Fire, a death ‘n’ roll  performer also from Sweden.

The new album from the band deserves more attention. So much good stuff has come out this year, but this is not one to miss. I am particularly fond of “Towards Greater Gods”, a full bore upper mid tempo thrill ride of all the things that make this band great.

DEMONICAL commented: “We are very much looking forward to November and our return to mainland Europe under the “Carnage Manifesto” banner. As we will be joined by our Swedish brothers in LIK and OF FIRE this tour-package will be something special, a total slap of Stockholm-style old-school death metal and a wet dream for every worshipper of the buzzsaw HM-2 sound! Death metal darkness prevails… and then some!”. 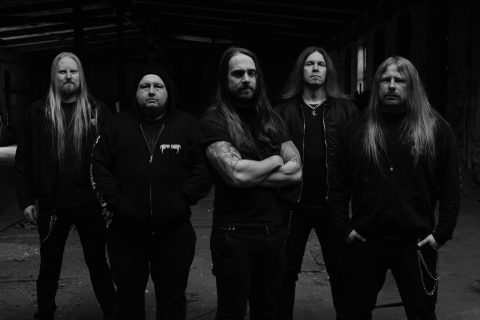 “We have parted with vocalist Sverker Widgren due to various time- and priority related matters. As there are always two sides to every story and answers might differ depending on who you ask, we prefer to keep the more detailed reasons amongst the ones involved and not publically go into further explanations. However, in order to avoid any speculations we can inform you that there is no bad blood between any of us, we want to thank Sverker for all the years in the band and we wish him the very best of luck for the future.

As the band has always operated under the motto “only the best is good enough”, we are thrilled to announce that one of Sweden’s premium death metal vocalists, Alexander Högbom (known from acts such as October Tide and Centinex) has joined us as our new permanent commander.

In order to raise the flames even higher, we can hereby also reveal that after more than two years in Demonical on a session basis, guitarist Eki Kumpulainen and drummer Kennet Englund have both become full-time members of the band.

With this determined and solid line-up we are very much looking forward to the upcoming Finnish shows next week, the summer tour across Eastern Europe during July as well as the album recording in the autumn.

Yes that’s right, during the fall we will (finally) record our fifth full-length album for an early 2018 release. We have tapped an award-winning Swedish producer for the task and we are confident that the album – which summons bits and pieces from all our previous releases – will become an improved quality-related chapter for Demonical and push our Swedish Death Metal Darkness to a new level.

The future looks more than victorious!”.

“It is with excitement and great honor I will shoulder Sverker Widgren’s position in Demonical. I have known the band for almost 10 years now and we have toured together all over the globe with my other bands both as support and vice versa. This is one more step for me into the chasm of Swedish Death Metal Darkness”. 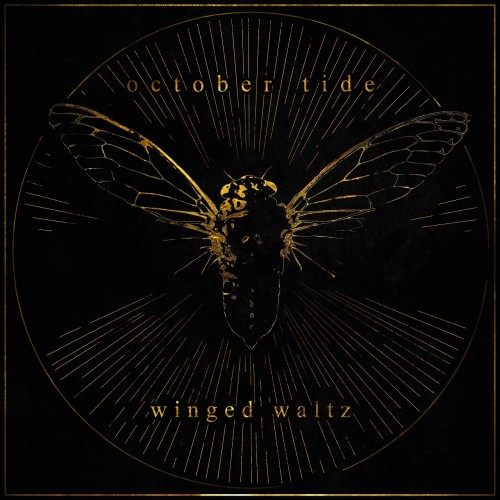 Swedish melo-death-doomers October Tide have released their newest song “Nursed By The Cold”.

“Nursed By The Cold” comes from the band’s upcoming album Winged Waltz which will come out April 22 via Agonia Records.

October Tide will also be co-headlining a European tour with Demonical.

Check out “Nursed By The Cold” and October Tide tour dates here. 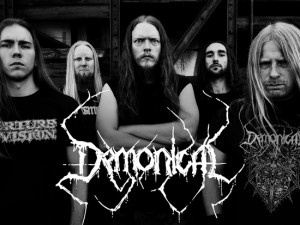 Swedish death merchants, Demonical  are currently streaming a new track.  The track entitled “King of All”, comes off their latest for Metal Blade Records, Darkness Unbounds, which is set to be released in North America on November 12th. 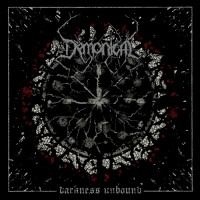 The album will drop on November 12.

Metal Blade Records is releasing the album in association with Cyclone Empire Records.

Head over to MetalBlade.com to check out a lyric video for Demonical’s song “The Order”. 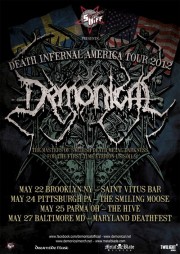 Swedish death metal band Demonical have announced a handful of shows in North America, including a stop at Maryland Death Fest.  The band issued the  following statement: “It is with great enthusiasm we can hereby announce three additional shows on US soil in connection to our appearance at Maryland Deathfest. We are really looking forward to cross the ocean and bring our Swedish Death Metal Darkness upon America for the first time ever. These will surely be memorable nights drenched in blood and iron!”

Demonical released their third full length, Death Infernal, on July 19, 2011, on Metal Blade Records in North America.  The band is expecting to do more shows in North America in the upcoming months.  Click here for show dates.