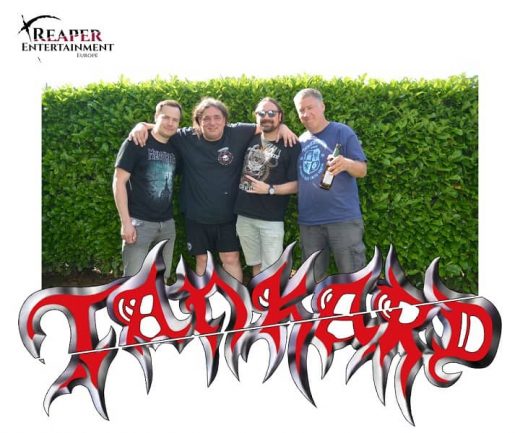 In 1982, when four longhaired metal maniacs from Frankfurt am Main, Germany decided to found a band named TANKARD, nobody expected them to still be going almost four decades later. Not to mention being at the top of the German thrash metalscene! But they are still alive and kicking, and throughout these years there’s barely been a blip in their path!

The band states:
“We had really great and successful years with Nuclear Blast, not least because of the sensational collaboration with Florian Milz and Andy Siry.
We are all the more happy to continue the success story with Flori on his own label Reaper. We expect from our new label not only full-page advertisements in all relevant daily newspapers, but also at least one placement in the Top 10 of the official German charts with our next album! Otherwise there`s riots……………stay heavy , thirsty and healthy!“

Flori Milz (Managing Director of REAPER ENTERTAINMENT) states:
“My time with Nuclear Blast probably wouldn’t have been so great if we hadn’t signed my favourite Hessians from TANKARD at some point. A great friendship developed between me and the band. I flew along to shows in other countries as tour manager/merchandiser, was dragged to all kinds of stages by Gerre and often got lost in pubs with the guys. When I left Nuclear Blast, I set myself the goal of bringing TANKARD to my own label REAPER – come what may. And I am overjoyed that this has now worked out and that we will continue to write the history of the band together. Welcome to the Reaper-Family – and now, lets get wasted!”

TANKARD are going to enter the studio later this year to record the Soundtrack for the 40th anniversary.
More Info about the new album soon.

Even if a lot has changed over the last three decades, one thing has remained the same: TANKARD are four metal maniacs from Frankfurt – authentic, loud and sometimes drunk. And this will likely stay the same for the next 40 years! 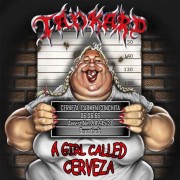 German alcoholic thrash metal band Tankard are streaming the title track off of their upcoming 30th anniversary album “A Girl Called Cerveza.” The upcoming album is due for release by the end of July via Nuclear Blast and is a follow up to their 2010 album Vol(l)ume 14.