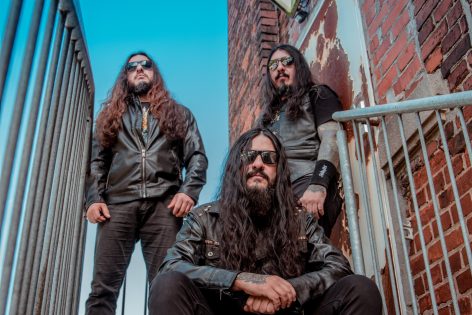 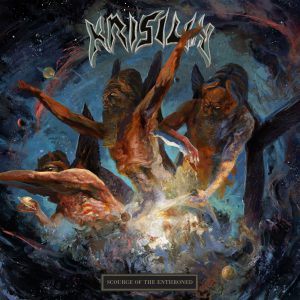 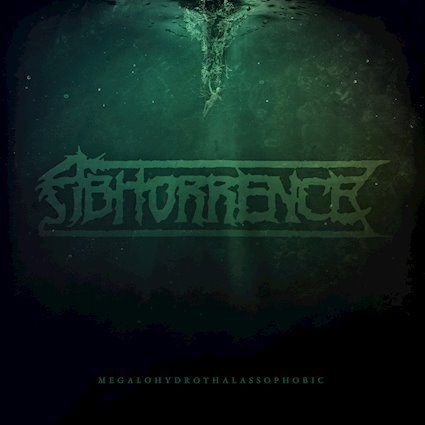 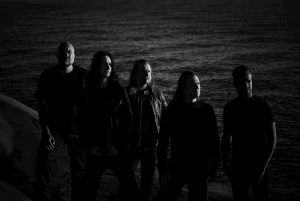 Video: Krisiun releases official video for “The Will To Potency”

The video’s director and producer Tommy Jones comments:
“The band had originally contacted me to do a live video on the ‘Conquerors of the World Tour’. We filmed every night live, however the day before the last show of the tour, we had a day off on a drive through New Mexico towards the last show in Texas. I had the idea of filming the band out in the middle of the desert because I love that area and always wanted to do a desert shoot. So I convinced the driver to pull over in the middle of nowhere at 9AM. We filmed for about 2 and a half hours out there, using a laptop as audio playback. We caught the attention of the Mexican Border Patrol who came to check out what we were doing. They sent about 3 SUVs out to check us out. Once they made sure we weren’t doing anything ‘too illegal’ they got a kick out of it and were taking pictures on their iPhones because they said in all their years, they haven’t seen a band set up in the middle of the desert.

When it was all said and done, we filmed every night on tour, but it ended up that the majority of the video was filmed on that day off in the middle of the New Mexican desert in about 2.5 hours.

It was a fun video, and I’m glad we got to do it this way, we all are really stoked how the desert stuff came out.” 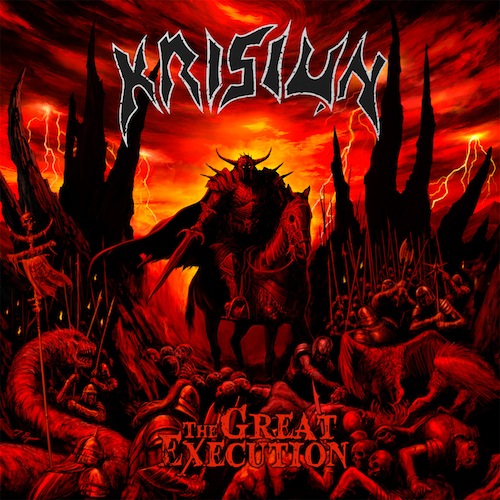 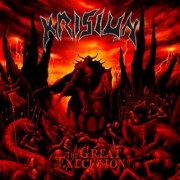 Brazilian death metal act Krisiun is now giving fans yet another preview of their next release with a new teaser trailer for their upcoming album “The Great Execution.” The album is due out October 31st in Europe and November 1st in North America via Century Media Records.

“The Great Execution,” produced once again by Andy Classen at Stage One Studio, is the band’s 8th studio album.

Brazilian death metallers, Krisiun, have released a new song entitled “Rise and Confront” off their upcoming album “The Great Execution.” To check out the new track click here.

The new album will be released October 31st in Europe and November 1st in North America through Century Media.

Brazilian death metallers, Krisiun, have released a new song entitled “The Will To Potency” off their upcoming album “The Great Execution.” To check out the new song click here.

The new album will be their 8th studio release and will be available November 1st in North America through Century Media.

Krisiun to release new album “The Great Execution” this fall

“The Great Execution” is the band’s 8th studio album, and uses only analog gear and instruments.

“With our new record we managed to capture the sound and the vibe that we were always looking for,” adds vocalist/bassist Alex Camargo.

“The Great Execution” will be available as a limited edition digipak including a re-recorded version of the classic Krisiun song “Black Force Domain” as a bonus track, plus as a180g gatefold vinyl and as a digital download.

“Vader will take part in a few prestigious festivals such as Metal Hammer Festival (Poland), Summer Breeze (Germany), Brutal Assault (Czech Republic), Close-Up Baten (Sweden) and many more. According to tradition, the band will also give a couple of shows in smaller towns in Poland; among them are: Opole, Turek or Pabianice. We are also planning gigs in Japan, Asia and Nepal in September. Then a European tour. This year you won’t see Vader on the regular longer tour in Poland – you’ll have to wait till 2012!”