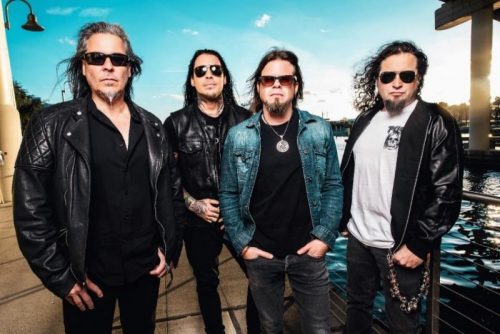 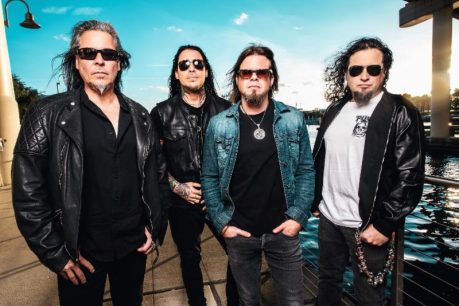 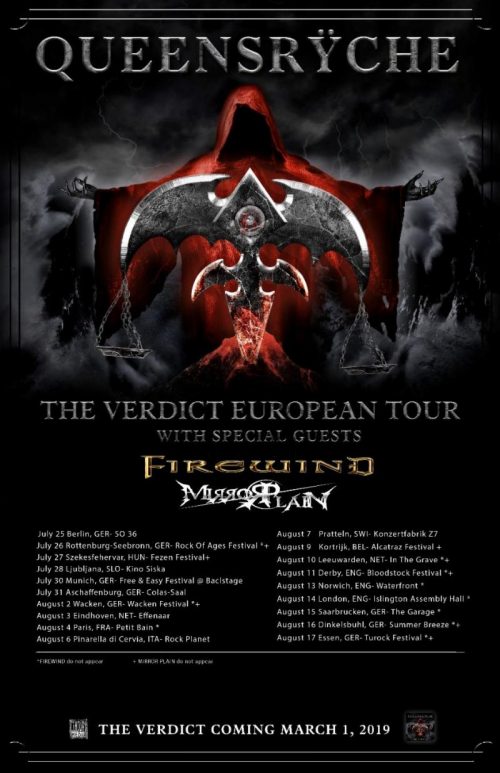 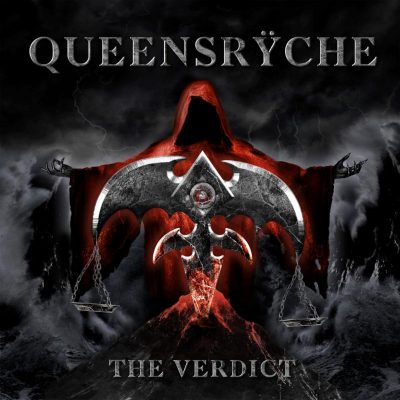 Rock icons Queensrÿche have just announced their newest album The Verdict out March 1st via Century Media Records. The band’s forthcoming release was produced, mixed, and mastered by Zeuss (Rob Zombie, Iced Earth, Hatebreed) at Uberbeatz in Lynwood, WA, Planet-Z in Wilbraham, MA and Watershed Studio in Seattle, WA. Pre-orders and formats will be announced soon. In the meantime, the band has a Pledge pre-order campaign currently running HERE.
“I’m extremely proud of what we were able to accomplish on this record,” states Queensrÿche vocalist Todd La Torre about The Verdict. “The relentless dedication and hard work of everyone involved has been very rewarding. I am excited and looking forward to it no longer just belonging to us, but belonging to the world. We hope you all enjoy listening to it as much as we enjoyed making it!”
Michael “Whip” Wilton (guitar) adds, “The Verdict is the most metal and the most progressive record we have made in a long time. I couldn’t possibly be more excited for everyone to hear this.”
To support The Verdict, Queensrÿche have also announced their spring U.S. headline tour today with special guests Fates Warning. The Cringe will be joining both bands on select dates. The tour will kick off on March 2nd in Orlando, making stops in major markets such as New York, Atlanta, Chicago, and Los Angeles, and will wrap on April 3rd in Seattle. The band recently finished a run supporting SCORPIONS this past September. For more information on upcoming tour dates and to purchase tickets, visit the band’s website HERE.
The Verdict follows the bands most recent release, Condition Hüman, received rave reviews from outlets such as Loudwire, KNAC, About.com, and more. The 2014 release debuted on Billboard’s Top Rock Albums chart at #5 with over 14,000 units sold first week and 100,000 albums sold globally to date.
Queensrÿche Headline Tour Dates
March 2 – Orlando, FL – The Plaza Live
March 3 – Ft. Lauderdale, FL – Culture Room
March 5 – Atlanta, GA – Masquerade
March 7 – Baltimore – Sound Stage*
March 8 – Uncasville, CT – Mohegan Sun^
March 9 – New York, NY – Irving Plaza*
March 10 – Worcester, MA – Palladium*
March 12 – Cincinnati, OH – Bogarts
March 13 – Detroit, MI – Diesel
March 14 – Chicago, IL – Concord
March 15 – Milwaukee, WI – The Rave
March 16 – Medina, MN – Medina Entertainment Center
March 17 – Davenport, IA – Rhythm City Casino Resort^
March 20 – Dallas, TX – House of Blues
March 21 – Houston, TX – House of Blues
March 22 – San Antonio, TX – Aztec
March 23 – Albuquerque, NM – El Rey
March 26 – Tempe, AZ – The Marquee
March 27 – San Diego – Observatory
March 28 – Los Angeles, CA- Fonda
March 29 – San Francisco, CA – Slim’s
March 30 – Sacramento, CA – Ace of Spades
April 2 – Portland, OR – Crystal Ballroom
April 3 – Seattle, WA – Neptune
*w/ support from The Cringe
^Queensrÿche only
Add to My Radar 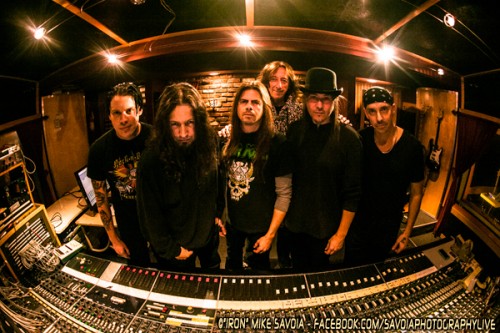 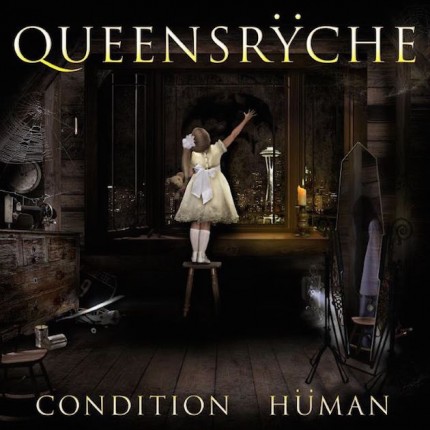 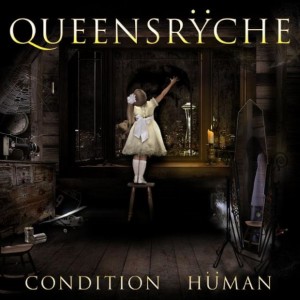 Geoff Tate unveils his own version of Queensrÿche

Lead singer Geoff Tate has unveiled his first project since he quit Queensrÿche last June called “Geoff Tate: The Voice of Queensrÿche.” This project is going to embark on an “anniversary tour” next year and will backed by an “all-star lineup” of musicians. In addition, Geoff is billed on the web site for booking agency Monterey International as “Queensrÿche Starring Geoff Tate: The Original Voice.”

The “new” version of Queensrÿche also consists of Rudy Sarzo (Animetal USA, Whitesnake, Quiet Riot, Dio, Ozzy Osbourne) on bass, Bobby Blotzer (Ratt) on Drums, Glen Drover (Megadeth, King Diamond) on guitar, Kelly Gray (also a former member of Queensrÿche) on guitar and Randy Gane on Keyboards. Blotzer comments, “Geoff and Queensrÿche and Ratt have a long history of touring together and I am very excited about this new project with Geoff and the guys.”

Geoff also commented on the “new” version of Queensrÿche, saying:

“I’m sure the last few months have been very frustrating for you. I know they have been for me. There are so many questions and so few answers.

It is said that adversity makes one stronger. Well, I’m definitely in a better place now than I’ve ever been before. I feel very positive and excited.

The challenge, when you’re in a creative environment, is keeping things fresh and invigorating, and after working with the same people for thirty years, it gets very difficult. You walk into the room, and everybody knows what everyone is going to do. There’s no spark, the chemistry is very tried and true and you just keep coming up with the same ways of expressing yourself.

Today is a new day and I am thrilled to announce the new Queensrÿche.

Together we shall embark on a new musical journey that will be a greater extension of where Queensrÿche has ever been.

With this new project, with these new people, it’s a whole new scene. There are new ideas, different musical backgrounds and a whole new set of parameters. Everyone has ideas you haven’t heard before, and everyone is throwing them against the wall and suddenly … the music has a whole new life.

I look forward to this new life and I hope to see you on tour as all of us come together and begin this new era.”