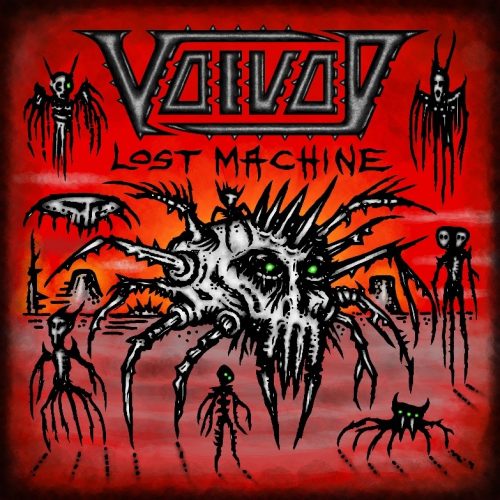 Canadian progressive sci-fi metal innovators VOIVOD are returning with a much overdue new live release entitled Lost Machine – Live. The album was recorded in Québec City during the worldwide touring cycle for the band’s latest studio album The Wake and will be released worldwide on November 27th, 2020 via Century Media Records.
To celebrate the forthcoming release, the band have dropped their second single off the live album today. Watch the video for “Iconspiracy“ HERE.
“And now, ‘Iconspiracy’, the second single/video from our upcoming release ‘Lost Machine – Live’. Like the video for the first single ‘The Lost Machine’, the footage comes from the Montréal Jazz Fest 2019 and the audio is from the Québec City Summer Fest 2019, where the entire live album was recorded. ‘Iconspiracy’ has become one of our favorite songs to perform on tour since the album ‘The Wake’ came out in 2018. The video direction is by Felipe Belalcazar and my art was animated by Jaan Silmberg. There are a lot more projects in the works. Meanwhile, have fun with this one,” states VOIVOD drummer Michel “Away” Langevin.
Lost Machine – Live can be pre-ordered in its various editions HERE.
Add to My Radar 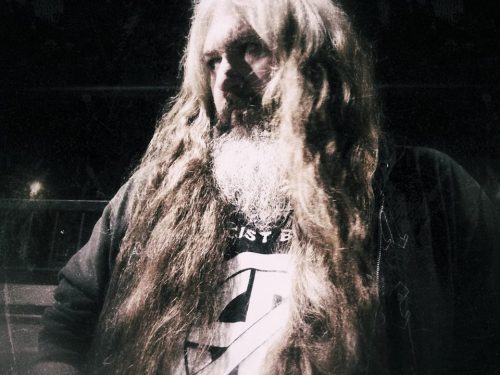 Pope Richard of Blackened Death Records and numerous not so subtle projects (including the controversial and excellent Gaylord, the bleak Suicide Wraith and many more) put out our selection for best comp of the year with the vital Worldwide Organization Of Metalheads Against Nazis II.

Being as polarizing a figure as Richard is usually means you might be an edge lord, but in this case it is refreshingly because Richard is doing so much right. As if writing a song called “Varg Impaled” wasn’t enough of a gift to the scene, Pope Richard also has contributed a guest blogger year end list to us here at Metal Riot this year! Hails and thanks!

Peruse below Richard’s thoughts on 2018’s metal scene, putting out the comp and what the best albums were of the year in their estimation.

It’s mid November and the nights are long and chilly. The days are short and chilly. And I’m in London, so things are /extra/ grey. But as the SADness descends upon us like a wet and fleeting snow, we have heavy metal to warm our hearts and lift our spirits.

2018 was a huge year for metal and all of its subgenres. We have had great releases from death metal bands, black metal acts, doom metal groups, and the immense push of the new wave of anti-fascist heavy metal has /really/ ramped up. For more on that you can check out Blackened Death’s releases “WOMAN” and “WOMAN II” on our Bandcamp. We managed to raise over £2000 between both comps for Doctors Without Borders due to this massive anti-fascist metal community that is pulling together. 2019 is gonna be B I G. 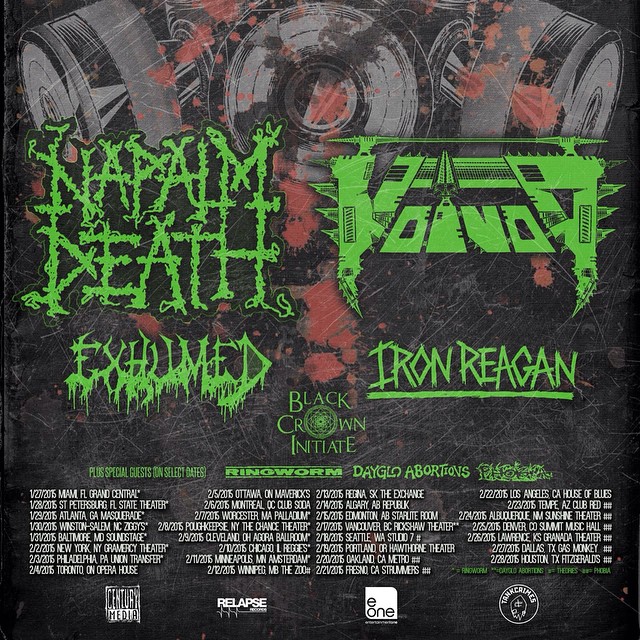 Through Space and Grind features a slew of bands hell bent to kick the shit out of you and the other thousand plus metal denizens of your city. Get there early to see all the show. Black Crown Initiate opened, followed by Ringworm, who were only on the tour for a brief moment. There’s a rotating support slot, like a professor of the dark arts. Iron Reagan and Exhumed played well rounded sets. From headliners Voivod and Napalm Death, we saw true vitality in the 21st century. This tour package is absolutely astonishing. Every metal fan, of any age, should go see this tour. 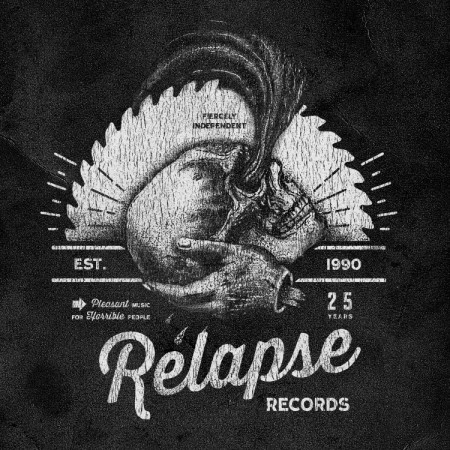 A real boon for fans of Relapse Records is available now in the form of 180 songs FREE in an online sampler. Celebrating 25 years of contamination and with some of the best bands in the labels gory history featured from Mindrot to Alabama Thunderpussy (I just cranked some “Motor Ready”) to Exhumed to Voivod , Red Fang and Nasum… this is a great trip down memory lane for metal fans. The label is still going strong with new records in 2015 from Minsk, Torche, Royal Thunder and classic re-issues from Nile , Bongzilla, The Dillinger Escape Plan and more due this year as well.

Stream and download this most epic sampler now right HERE. 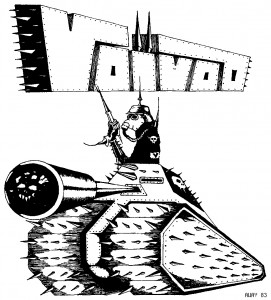 Lambgoat announced some turmoil in the Voivod camp, as the founders of true sci-fi metal have announced the departure of bass player Jean-Yves Thériault, aka Blacky, who has quit the band for the second time.It’s a real drag since I was impressed the group had come up with a line-up I could actually get behind without avant-garde guitar metal legend Piggy (R.I.P.). Well, maybe some fresh blood will do ’em good or Newsted will make time to be a studio member again, hopefully.

Voivod has issued the following statement:

“It saddens us to announce that Voivod will no longer be performing live with Blacky. Jean-Yves has decided to leave the band for his own personal reasons. We wish him all the best. Voivod will carry on.”
Click HERE for a stream of recent song “Mechanical Mind”.
Add to My Radar

Canadian heavy metal group Voivod are streaming their new album Target Earth for your listening pleasure.  The album is scheduled to be released by Century Media and the band’s own company, Iron Gang Factory on January 21st in Europe and 22nd in the US. Artwork is by  drummer Michel “Away” Langevin and uses color schemes from past albums.

Target Earth is a follow up to the bands 2009 release Infini and was recorded at Wild Studios in Quebec by Pierre Rémillard’s and mixed by Sanford Parker. The album will feature the original bassist Jean ” Blacky” Yves Thériault, who will be recording with the band for the first time since 1991′s Angel Rat, and is the first to feature guitarist Dan “Chewy” Mongrain.

Voivod are streaming another new song from their anticipated upcoming album Target Earth; this time, it’s “Kluskap O’Kom”, which will appear as the album’s second track. You can check it out right here.

Target Earth is set to be released on January 21st in Europe and on January 22nd in North America via Century Media Records.

Canadian heavy metal band Voivod have released the artwork and details for the upcoming album Target Earth. Target Earth is set for release on January 21st in Europe and the 22nd  in the States. The artwork was drawn by the bands drummer Michel “Away” Langevin and uses color schemes from the band’s past albums. Target Earth is a follow up to the bands 2009 release Infini and will be released by Century Media.

You can see the tracklist and cover art here.

Target Earth was recorded at Wild Studios in Quebec by Pierre Rémillard’s and mixed by Sanford Parker. The album will feature the original bassist Jean ” Blacky” Yves Thériault, who will be recording with the band for the first time since 1991’s Angel Rat, and is the first to feature guitarist Dan “Chewy” Mongrain

Voviod are streaming the full version of their new single “Mechanical Mind”, taken from their upcoming album Target Earth, which will arrive on January 22nd on Century Media. You can check it out here.

Iconic Canadian thrash metallers Voivod have posted a one-minute snippet of “Mechanical Mind”, taken from their upcoming album Target Earth, which arrives on January 22nd on Century Media. Go here to get your first taste of the new Voivod.

Iconic Canadian thrash metallers Voivod are the newest addition of the Century Media roster. To coincide with their 30th anniversary next year, the band will release a new album on January 22nd called Target Earth.