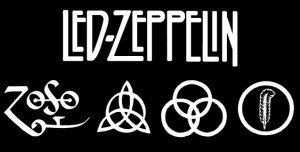 Led Zeppelin are preparing new editions of my fave two Zep albums , IV and Houses Of The Holy, for release on Oct. 28th. Lest ye think you have heard everything you need to from Zep over many years of hearing them on classic rock radio, go to Rolling Stone and listen to this version of “Black Dog” HERE. You’ll thank me.

Now if only 3 Inches of Blood would cover “The Battle Of Evermore” I could make my way back to the Misty Mountains.

So Mountain Jam in my Upstate. NY neck of the woods is fun and all, but decidedly granola oriented. I grew up and still live in the Woodstock, NY area, so unless my homies in The Felice Brothers are playing, I am usually not into the hippy-centric fests as much as I’d enjoy, say, Deathwish Fest this year,

Mountain Jam had The Roots one year, which was super dope. Generally it has the jammier likes of your Umphrey’s McGee type bands and isn’t a place you’d expect to hear much hard rock, unless Les Claypool is in a frisky mood and busts out some “Damn Blue Collar Tweekers” on that ass.

Anyway, I didn’t go this year but just saw a fun mash up live performance by a very energized Sister Sparrow & The Dirty Birds. What can I say? I now have a crush on Arleigh Kincheloe. Her stage presence and voice in this clip are awesome and I like how she genuinely just looks fuckin’ sexy as hell and in charge without it being some gimmick. The talent is obvious and it should be more about that than someone’s gender. But yeah, she’s totally a babe!

If you can step back from the death metal to enjoy some hard rock (and a face melting harmonica solo near the end of the number), you’ll have fun with this, promise.

At first I was like,”Aww, the dudes in the man are making white guy blues faces when they get into it”, but by the end they are killin’ it and just really obviously rocking out hard.

Last Wednesday, Jason Bonham, the son of the late Led Zeppelin drummer John Bonham, was in the studio at 98.7 The Gater in West Palm Beach, Florida to talk with Andy Preston about the band’s brand new CD/DVD Celebration Day.

In the interview, Jason was asked why a Led Zeppelin reunion tour never materialized after their 2007 one-off gig at the O2 Arena in London, where he filled in for his late father on the drums. He stated that he and frontman Robert Plant spoke very long and hard about it, and that the reason a reunion tour never happened was because of personal reasons. Jason also claimed that Plant told him that his father was the drummer of Led Zeppelin and that he “struggles sometimes just thinking about trying to create some magic again when he’s not there… He was a very, very dear friend of mine that I miss every day.”

You can watch the 14-minute video of the interview here.

As reported yesterday, three of the surviving members of Led Zeppelin are reuniting on Monday (December 3rd) for an appearance on “Late Show With David Letterman”.

Jimmy Page says Led Zeppelin have no plans to reunite

Even though they have a movie coming up called Celebration Day, Led Zeppelin guitarist Jimmy Page told Rolling Stone that the iconic rock legends have no plans to reunite one more time. He explains:

“The thing about Led Zeppelin was that it was always four musicians at the top of their game, but they could play like a band. Even in the first couple of rehearsal days, running up to the O2, we were playing pretty good. But we really wanted to shine as a band. . . I wanted people to feel, ‘They’re taking this seriously.'”

Then he adds, “I think if there had been any more concerts to be done, we’d already be talking about them. So I don’t see it. Celebration Day is a testament to what we did in 2007. There it is.”

Led Zeppelin reunion show to be released in movie theaters

Following last week’s reports on a new live DVD and CD from Led Zeppelin, there have now been reports that their legendary reunion performance at the Ahmet Ertegun  tribute concert at London’s O2 Arena back in 2007 will also be released in movie theaters.

According to Cineplex.com, the movie is called Led Zeppelin: Celebration Day and is set to premiere in theaters on October 17th. Here’s a description from the report:

“On December 10, 2007, Led Zeppelin took the stage at London’s O2 Arena to headline a tribute concert for dear friend and Atlantic Records founder Ahmet Ertegun. What followed was a two-hour-plus tour de force of the band’s signature blues-infused rock ‘n’ roll that instantly became part of the legend of Led Zeppelin.

Although 20 million people applied for tickets, the band’s first headline show in 27 years was seen only by the 18,000 ticket holders who were fortunate enough to have secured seats through the worldwide lottery.

Now, for the first time, fans in over 40 territories worldwide will be able to get a front row seat to experience this historic event in glorious highdefinition and incredible surround sound. Experience it on the big screen for a strictly limited period only.”

Led Zeppelin reunion show to be released on DVD and CD?

According to a report on Blabbermouth, Led Zeppelin‘s legendary reunion performance at the Ahmet Ertegun tribute concert at London’s O2 Arena in December 2007 will finally be released on DVD and CD in November. The source is also reporting that the set will consist of a double DVD accompanied by two CDs.