After nearly 5 long years, Philadelphia-based progressive thrashers Vektor are back with their third studio album entitled, Terminal Redux. Both embracing and expanding upon the intricate layers of the preceding albums, Black Future and Outer Isolation, the band deliver the album that we all knew they were capable of.

Never one to take a metal-by-numbers approach to song-writing, Vektor have embraced some unusual audio elements, including the vocal assistance of a group of Philadelphia soul singers, adding further texture to the sound without compromising on the riff-heavy fury. Recorded in part at the band’s home studio, along with Panther Pro-Audio in Philadelphia, Terminal Redux is a fine demonstration of technical precision, a 73+ minute masterclass in complexity, and affirmation that there is still plenty of innovation and intelligence in modern day metal.

EXCLUSIVE TO THE EARACHE WEBSTORE, we have limited edition colour vinyl, with 400 ‘Pterotoptic’ Purple vinyl coming with an exclusive woven patch, and a further 100 including a hand-signed photocard! For those who prefer CDs, you have not been ignored, as we also have 500 CDs with an alternative woven patch and hand-signed photocard. Pre-orders start at 1pm EST, and when you throw in 4 brand new T-shirts and 2 awesome hoodies, and this is one deal you simply don’t want to miss out on!

We recently caught up with Frank Chin of Vektor in Los Angeles at the Whiskey A Go Go in Hollywood, CA.

We talked about what Vektor has in store for their third album, what they listen to while in the bus, and how 2013 has been treating them so far. 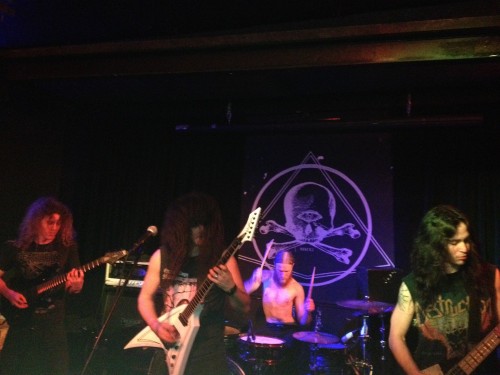 Wowee. My ears are still ringing from the decimating decibels I encountered. Philadelphia-based sci-fi thrashers Vektor started out their east coast tour at St. Vitus with Brooklyn’s own Behold…The Arctopus. Both bands I have never seen and was completely floored. Beforehand, I had a great talk with Vektor’s David DiSanto and Frank Chin. You can check that out here.

For a full scope the show, read the review on the next page. 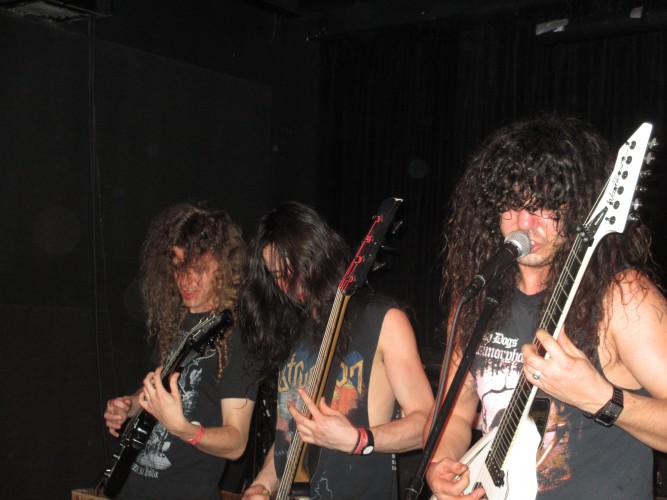 For those of you who don’t know of Vektor, these guys are sick. Originally from Arizona, Vektor relocated to Philadelphia on the heels of a new record contract with Earache. It seems the world is opening up for them and their brand of sci-phi progressive thrash. It certainly has piqued my interest. Drawing influence from thrash such as Emperor and Voivod along with classic dystopian film Blade Runner and Sagan-esque cosmic philosophy, Vektor serve up something other than the ground and pound of years past. The torch carried by them burns with introspective reflection and progressive ferocity.

Singer/guitarist David DiSanto and bassist Frank Chin spoke with me over cigs and a chilly wind to give me a more in-depth look at where they are coming from, and more importantly, where they want to go.