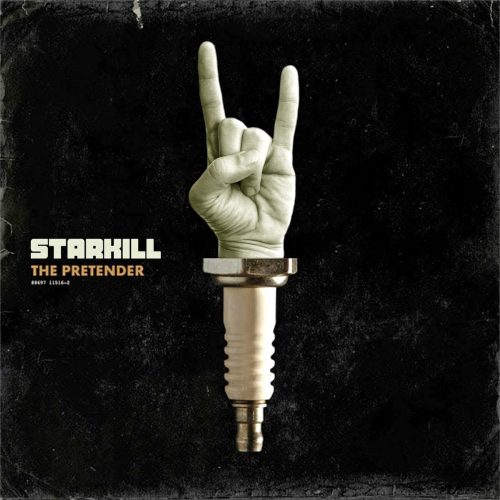 Taking a break from reflecting on how “New Inside” by Tiffany was slept on to get you all clued in to some new music from Chicago 5 piece Starkill. Well, it is actually not their own new music, rather a Foo Fighters cover. “The Pretender” as symphonic metal? Could it work? Should it work? Decide for yourself below!

Parker and Sarah have a cool trade off on this and make it their own. Parker actually sounds a lot like Dave in some spots. The chorus is not as gritty but overall the approach is kind of a blast. I am into it.

“The Pretender” was def one of the songs that showed the Foos could still have some bark when it came out. Kinda cool to hear a radically different band take a crack at it. Such is the power of music that it can bridge genres, right?

When asked about the inspiration behind covering “The Pretender” track Parker Jameson shares,“Foo Fighters have long been one of our favorite groups of all time, and we’ve long considered doing a cover or interpretation of one of their tracks. “The Pretender” is one of those instantly recognizable rock anthems, and we decided to bring together various aspects from both the original and other versions we had heard to form a cohesive, more metal-centric cover. We’ve always been a band to straddle, combine, and question subgenre stereotypes and what is or isn’t “allowed” in metal, so we thought the idea of combining rock, shred, orchestration, and crazy drums made perfect sense for us. To me, the song is about standing your ground and staying true to who you are. We got this idea together of mimicking the original Pretender video, but replacing the riot police with metalheads of all sorts, showcasing that no matter what your preferred subgenre is, music brings people together.” 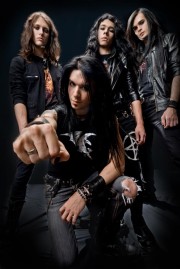 Chicago metallers Starkill have announced a North American tour in support of their debut album Fires of Life.

Starkill will be joined by Wintersun, Arsis and Fleshgod Apocalypse.

Starkill founding member Parker Jameson had this to say about the tour:

“We’re incredibly honored and excited to be touring North America with Wintersun, Fleshgod Apocalypse, and Arsis.  As fans of–and having been inspired by–all of these bands, we’re glad to be part of the lineup and can’t wait to share the stage with these guys.”

Century Media upstarts Starkill have premiered a new video for their song “New Infernal Rebirth” off of their upcoming album Fires of Life on Loudwire.com.

Fires of Life is expected to drop on April 30th in North America.

Check out upcoming tour dates and the Fires of Life tracklisting here.