Search Results for "We Butter The Bread With Butter"

Interview: We Butter The Bread With Butter – Goldkinder future 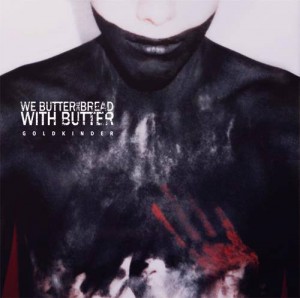 “Goldkinder stands for a new path, a new experience and also symbolically for your own determination.” – Maximilian Pauly (bass)

German quartet We Butter The Bread With Butter (WBTBWB) has released their new full-length album, Goldkinder. Boasting mixing assistance by the legendary Stefan Glaumann (Rammstein, Apocalyptica) and produced by the band themselves, the new WBTBWB material takes their distinct heavy rock with elements of metal and electro-pop sound to new heights.There really isn’t anyone else who sounds like WBTBWB right now. You can try and try to reinvent the wheel but it is only every so often a Ghengis Tron or early Korn or Red Harvest comes along.

It’s hard to stay fresh. People are debating the fine line between homage and plagiarism in regards to Avenged Sevenfold’s new #1 Hail To The King release (a record designed to push nostalgia for older metal to a new generation AND help A7X mature).  Nobody gave Coheed & Cambria as much grief when they borrowed from “Kashmir” so liberally and used a King Diamond song title for one of their biggest tunes. Some recent Trivium sounds a lot like post-Load Metallica vocally.  The awesome Five Serpent’s Teeth by Evile is basically a new version of …And Justice For All, but it still rips. People are more critical of A7X ‘cuz they started like a seemingly jock-ish Good Charlotte type band for the emo-core set in the early 00’s. A7X made dubious political statements when younger and were always a little silly, but have grown in time to be a killer live band and to have weathered a lot in the wake of mortality’s bite and their Nightmare-era. Whether their current sound is marketed or cuz they are true fans of Metallica enough to just slightly tweak the basic structure of “Enter Sandman”, M. Shadows is at the top of his game on “Shepherd of Fire” (even if the band still have just passable guitar solos, always their biggest technical flaw).

I went on that tangent solely to illustrate how even the bigger scene bands tend to revert back to early inspirations at some point, but WBTBWB are moving forward at light speed into their own uncharted territory. Better than Crossfaith and surely as weird as Between The Buried and Me, this band doesn’t fit in any one scene or sound. Lots of catchy and memorable but intense shit on this here new Goldkinder record. “Meine Brille” reminds me of something from my favorite Linkin Park album Meteora until spooky keys,  weirdo cartoon voices and crazy growls come in. “Psycho” has marching band drums into keys then a huge fist pump headbanging, hump the universe in the face part. “Kind im Brunnen” starts out like an old western movie and then an awesome repetitive snare and crazy melody loop in! Love that tune and a killer way to close album. “Viva Mariposa” is probably my favorite on the record. A dance song in places but powerful and epic like metal.

Metal Riot talks to Max from WBTBWB about the new album. Click HERE to read it now!

More On: Industrial Metal, Exclusive, We Butter The Bread With Butter,
Comments (1)   share on: 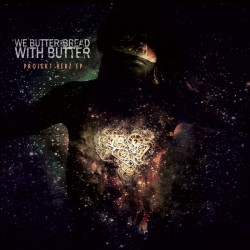 Germany’s We Butter The Bread With Butter may have an extremely obnoxious name, but don’t underestimate them. The band’s music, regardless of the ridiculous name, is quite decent.Consider that there are bands with kind of cool names (like Falling In Reverse or Design The Skyline, for example) who suck more than truck stop lot lizards. While I was super biased against The Devil Wears Prada for years because I thought it was the dumbest name I’d ever heard in my life, they are actually cool dudes and their last record Dead Throne was a monster. So, while Prada and We Butter The Bread are up there with The String Cheese Incident when it comes to corny band names, let’s cut them at least a tiny bit of slack. If every band was called Aborted or the truly ridiculously named Conducting From The Grave, that would get tiresome as well (and frankly, does).

This Project Herz EP shows the band growing strong and is worth a listen if you want to put something new on your radar you may not have heard yet. They have played huge festivals like Summer Breeze and shared the stage with the likes of A Day To Remember (I know you death metal fans all have boners right now), All Shall Perish and…Eyes Set To Kill (ok, maybe now you have boners). Anyway, WBTBWB are pretty awesome.