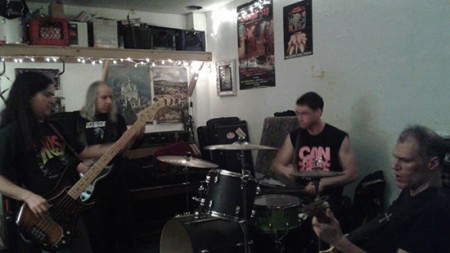 Slough Feg is proud to announce the arrival of new drummer, Addison Filipczyk. Filipczyk, 25, will have big shoes to fill following in the wake of Harry Cantwell’s departure, but after several months of rehearsal the group is confident that they are in capable hands and feet.

Bassist Adrian Maestas comments, “After trying out drummers for a few months we think we’ve found the right guy. Welcome aboard, Addison!”

-Huge heavy metal fan, with tastes ranging from early Maiden and Priest to Budgie and Beethoven

Guitarist Angelo Tringali couldn’t be reached for comment, but his answering machine informed us that he was out in search of “a different lime and whiskey cola.”

Addison will make his debut with Slough Feg on April 16th, 2015, at the Eagle S.F. in San Francisco. ONWARD!!! 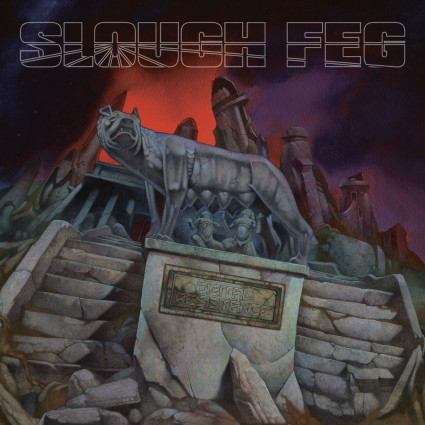 Slough Feg‘s Digital Resistance is a timely look at the role of technology on our lives. If a more professorial Thin Lizzy penning very memorable, theatrical songs with social-themes sounds like your mug of swill, look no further. Feg founder Mike Scalzi sang on my second favorite concept album of all time , Hammers of Misfortune’s The Bastard (first place is King Diamond’s Abigail). This is my favorite release of Scalzi’s since that killer Hammers disc, Slough Feg taking a hard look at the pros and cons of technology in our lives. Where The Bastard looked at a soul’s descent into deception and Abigail was also a metaphor for betrayals and revenge, Slough Feg’s Digital Resistance also focuses on the preservation of the soul (albeit with a timely look at how technology is both furthering and yet eroding our evolution). The contradictions prove fodder for some great rock from the San Fran based act. I loved their Ape Uprising record of recent years, but it isn’t always easy to listen to songs about Apes overthrowing society. I like Primus, for example, but how often do you want to rock out to songs about Bodacious the Bull or drinking Pork Soda? There’s a time and a place, but this new Slough Feg shit is real user friendly despite song titles like (the fantastic) “Analogue Avengers/Bertrand Russell’s Sex Den”. Seriously. What a name!

Yes, the record is wordy. These catchy, classic rock influenced jams could go toe to toe with Bad Religion’s All Ages for bookish rock verbosity. Don’t fret, however. Every song rocks and no power is sacrificed for the sake of brow-beating (if anything the words add to the appeal). “Magic Hooligan” jams like Boston or Kansas drinking with Technical Ecstasy-era “Back Street Kid” Sabbath, lots of big 70’s glory and bad ass street shuffle. It really takes off when the song burts into a syncopated Maiden gallop semi-similar to Hammers’ best Bastard cut “You Should Have Slain Me.” The title track is a blur of a working class prog work out, if such a thing can exist! Scalzi kills it with the singalong social satire with memorable lines like “The season is ripe and free for killing technology”. He not only nails society’s ills but references a Voivod classic! Mind pollution, unchecked greed and the erosion of human contact all make appearances. Kudos to their label for giving them free reign to make some real art. Dave Mustaine should listen to this and get his act back together. 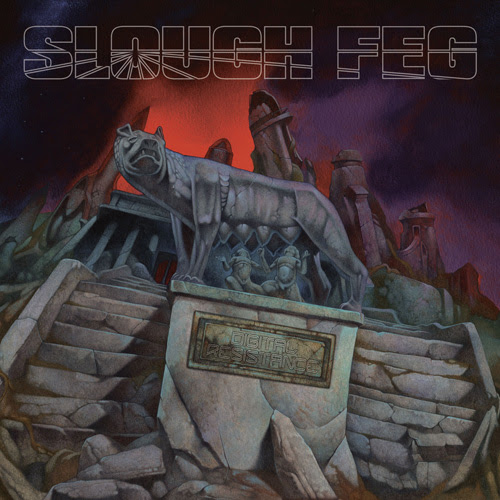 Californian metallers Slough Feg have released the title track off of their forthcoming album Digital Resistance.

Digital Resistance will be released in North America on February 18.

Check out the track, as well as Mike Scalzi (guitarist/vocalist) discussing the track, the album and the cover art here.