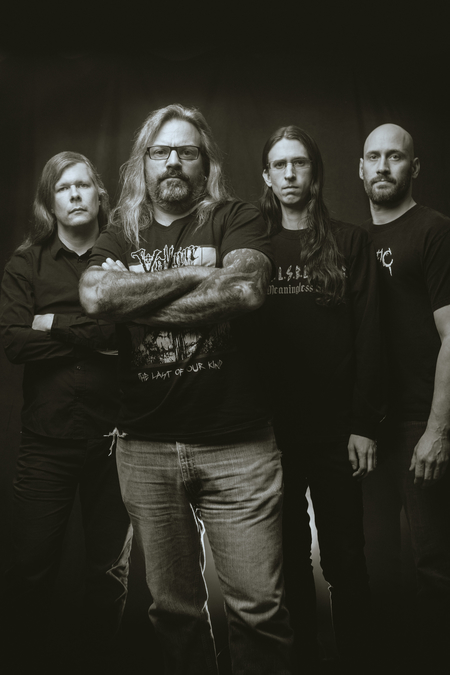 Colin Marston, the bass player for the critically-acclaimed death metal pioneers GORGUTS has released a play-through video for Pleiades’ Dust. The play-through is streaming now below or at the official Colin Marston YouTube Channel. What better way to digest days of gorging on Thankfulness than to take in some utter Gorgutsian death metal technical impossibility? Truly a monster record that will make all your life accomplishments seem insignificant in comparison. Hails.

Pleiades’ Dust is a unique and ambitious conceptual piece, recounting the history of The House of Wisdom, an ancient library in Baghdad which was home to much of the western world’s knowledge until it was destroyed. ‘Pleiades’ Dust’ runs as a single, continuous track that spans over 30 minutes of total run-time. ‘Pleiades’ Dust’ is out now and streaming here. 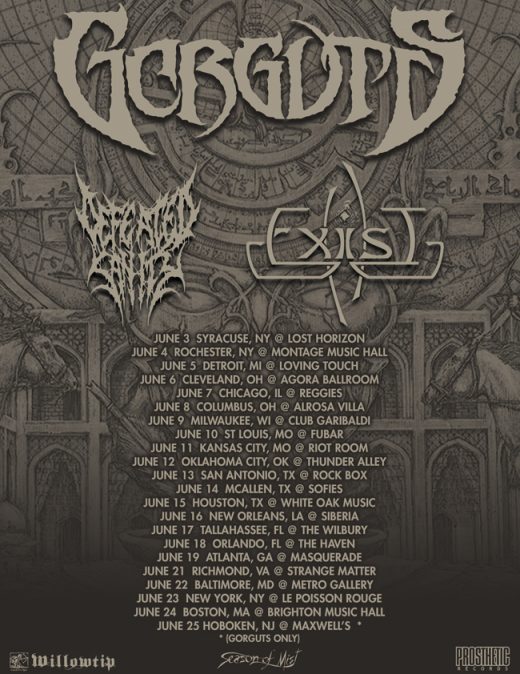 Critically-acclaimed death metal pioneers GORGUTS have announced a new North American tour. GORGUTS will kickoff their tour in Syracuse on June 3 and travel throughout the month. Support on this tour comes from DEFEATED SANITY and EXIST.

GORGUTS are touring in support of their recently released EP, ‘Pleiades’ Dust’. A unique and incredibly ambitious concept masterminded by band founder Luc Lemay, ‘Pleiades’ Dust’ runs as a single, continuous track that spans over 30 minutes of total run-time. ‘Pleiades’ Dust’ is out now and streaming here. 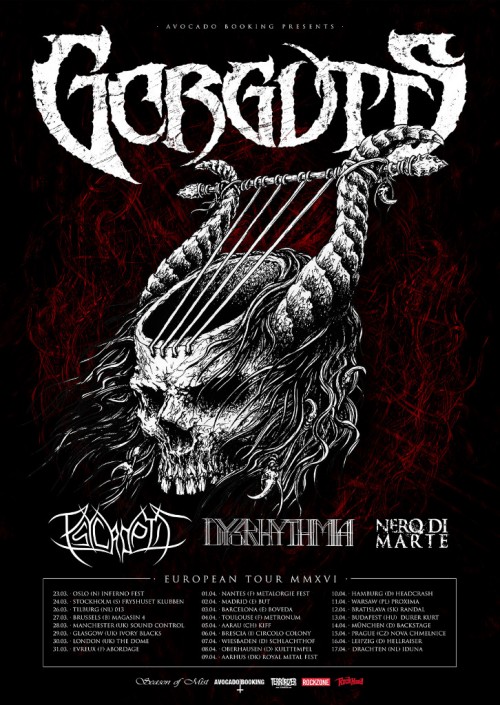 Almost all death metal fans agree that Gorguts are perhaps the most universally beloved act when it comes to heroic compositions, generally more intellectual topics and technical austerity. The band have kicked off their early 2016 Euro tour (this line-up is STACKED!) and the dates are below.

Luc Lemay of greatest band in the world Gorguts has spilled to Frank from Metal Injection plans for a one song style album! As a big fan of some good examples of this idea from USX’s The Valley Path (which I often gush about) to Inter Arma’s “The Cavern” or Meshuggah’s classic “I”, this is pretty fuckin’ golden news. Goguts are so skilled and Lemay always so ambitious that this is sure to be an intense opus. Formidable minds in death metal shall never be thwarted! 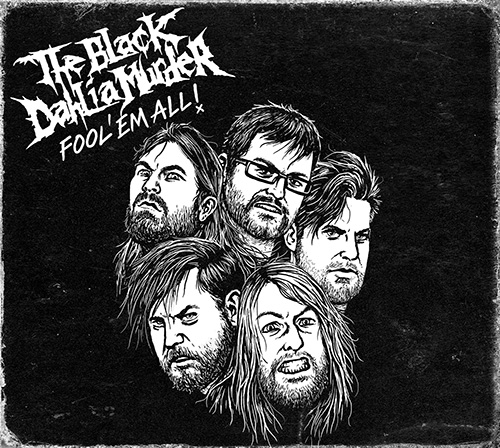 The Black Dahlia Murder are set to release their brand new DVD next month! “Fool ‘Em All” is the band’s second DVD and follows up their immensely popular “Majesty” DVD. Once again, director Robbie Tassaro captured the band on tour for another installment of absurdity and hilarity! This time around, put on your 3D glasses (included in the package!) to experience the band in stereoscopic 3D in select scenes throughout the DVD. “Fool ‘Em All” is scheduled for release on May 27th in North America. Fans can pre-order a copy and stream the brand new trailer HERE.

The Black Dahlia Murder’s previous DVD “Majesty” reached #2 on the Billboard Top Music Videos Chart US and #5 in Canada. The DVD would later be certified Gold in Canada.

The Black Dahlia Murder just wrapped up the Decibel Magazine tour with Carcass, Gorguts, and Noisem. In June, the band will return to Europe for club shows and festival appearances, including Hellfest, Download Festival, Graspop, and more!

Gorguts gets new drummer as well.

The gist of it seems to be scheduling problems but I will let the guitarist/vocalist Luc Lemay explain:

“I’m writing today to share with you that we will now have a new drummer sitting behind the kit for Gorguts. Unfortunately, John [Longstreth] won’t be playing with us anymore.

“When I first asked John, Colin [Marston, bass] and Kevin [Hufnagel, guitar] to join me to be part of Gorguts, rule number one, for me, has always been that each of their respective bands and solo career would always come first.

“John, having a very busy touring schedule with Origin, brought Patrice Hamelin in the picture to replace him on more than several occasions. This being said, I was not going to get a replacement for each players. Then, as tour offers came in, we ended up playing more shows with Patrice than John. Seeing the new Origin record coming along and being released this year, John is also developing his solo career with drum clinics; I was apprehending the complexity of orchestrating schedules for future Gorguts tours. Having a very busy schedule planed for 2014 already, thing would eventually get impossible to work out.

“As far as Patrice being in demand with a lot of different projects, I could have ended up with no drummer available at all to push Gorguts. Patrice and I living close to each other, we can work on music together on a weekly basis and that’s an important factor for me as well. John and I shared on this way before our December tour in 2013 and I really insisted that he played that tour with us since he was part of ‘Colored Sands’ since the very beginning and I wanted to perform the record live with the Original lineup.

“All I can say is that I had a great experience playing and making a record with John. He’s a very creative, curious, polyvalent player and a great person to be around. I will miss our long conversations while driving to New York City to Colin’s place.

“It’s not a question of personality or whatsoever; it’s a question of each of us pushing our individual goals and plans as artists. I want to whish him all the best and in the end, what’s most important for me, is when we’ll see each other in 5, 10 or 20 years, we won’t be talking about not doing a tour together in 2014… we will talk about our friendship through music and how happy and proud we are of having made a wonderful record together.”

Legendary death metal band Gorguts have released a second track off of their upcoming album Colored Sands. The album will be the bands fifth studio album and is set for release on September 3rd 2012.

Colored Sands is the bands first release since the 2001 From Wisdom to Hate and will be released via Season of The Mist and you can click here to read the official press release.

Canadian techdeath band, Gorguts, have put all speculation about an upcoming summer tour of Europe to rest, citing label negotiations as the main cause.

“The whole idea about Gorguts doing a European Summer festivals tour was born last year with having in mind the release of our new record for the beginning of the Summer. But believe me, we were expecting our record deal to be negociated and agreed on before Christmas or at the beginning of 2011. But as I’m writting this letter, I was not able to sign the contract yet with our record company,” says frontman Luc Lemay.

Gorguts upcoming album was slated for release in early 2011, but an official release date has yet to be determined.