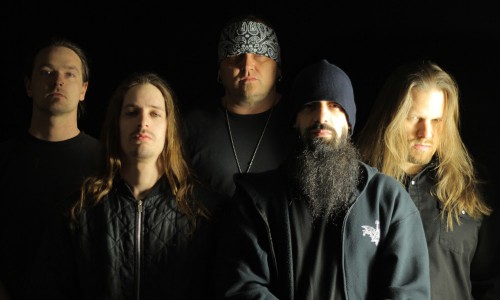 Winnipeg death metallers Psychotic Gardening are preparing to unleash their hellspawn upon the world on May 13.

But before they release Hymnosis they first are pummeling metal fans the world over with the video for the song “Origin of the Infection”.

Guitarist Andrew Wiens, who directed the video, said the following about it:

“The video for ‘Origin of the Infection’ is gritty and dark. It’s the first time we’ve had a chance to produce a storyline into one of our videos, which is something we’ve wanted to do for a long time. It’s basically a metaphor for some of the things we see in society. It’s certainly open to some interpretation in terms of the implications of what it means and we hope it will provoke thought. We’re really proud of this one from a number of perspectives. It was put together by my video production company with my trusty director of photography Sam Karney and I. We had a number of the guys from the band chip in and help during the production of it. It all came together in what we feel to be the best video we’ve done to date by far.”

Check out the “Origin of the Infection” music video and Psychotic Gardening tour dates here.

Winnipeg death metallers Psychotic Gardening have premiered “Origin of The Infection” via NoCleanSinging.com.

“Origin of The Infection” is off of the band’s forthcoming album Hymnosis.

Hymosis will be released on May 13.

Check out “Origin of The Infection” and Psychotic Gardening tour dates here.