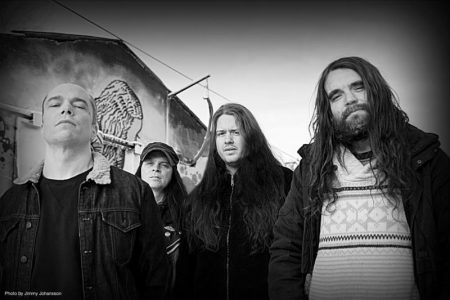 Morning unearthed skull lickers. I am up early cuz my cat stepped on my face and , well, since my phone broke and I can’t scroll absentmindedly in bed I decided to do the next best thing and write absentmindedly on my laptop. I want to make you aware of a video and a lyric video from two brilliant acts you may already know and love or who might be about to rip you a new one for the first time.

Featuring ex members of Ovid’s Withering and current members of Monotheist, 7 Horns 7 Eyes, and Regurgitated Pus, Nekroí Theoí have been causing a stir. Outspoken death metal with incongruous chords and emotional complexity? Sign us up . Order Dead Gods right HERE. The band have a crushingly heavy new video about the link between the cops and racist groups. Yes, Virginia…it is a problem. Check it out below and get pissed.

Swedish crust punk/metal outfit MARTYRDÖD has issued a lyric video for “Pharmacepticon” as their seventh album, Hexhammaren, nears North America through Southern Lord. This almost feels more like a real video than a lyric vid though because it is kinda vibey and lonely. Preorders for the album are HERE.

I am always in total awe of this band’s uncanny ability to sneak the saddest melodic threads through their quite heavy riffing. It just makes it have so much more of a grab for the soul even while the rage is also smothering. One of the sickest bands in the scene record after record. “Pharmacepticon” has a more mid tempo stride and absolutely colossal guitars. This band has never let me down yet.

The band’s crushing seventh album, as with prior MARTYRDÖD works, was recorded by Fredrik Nordström at Studio Fredman (Wolfbrigade, At The Gates, Agrimonia) in Gothenburg, Sweden. MARTYRDÖD states of Hexhammaren, “The album came out really strong. We tried to just let loose and not get distracted with details. The recording was straight up raw and sincere with fast takes and improvised solos.”

Interview: Martyrdöd – A Baptism Of Fire 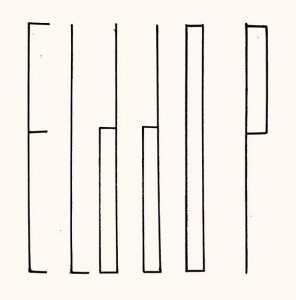 Gothenburg is known as a trove of extreme music heritage and Martyrdöd will only add to Sweden’s reputation as a nation which always must be close to the tip of the tongue in any metal conversation. Mikael Kjellman (gits/vox) checks in with us to tell us more about the forward thinking musical explorer’s latest Southern Lord sonic explosion, plus working with Kajsa Grytt.