Interview: Lillian Axe – One Night In The Temple 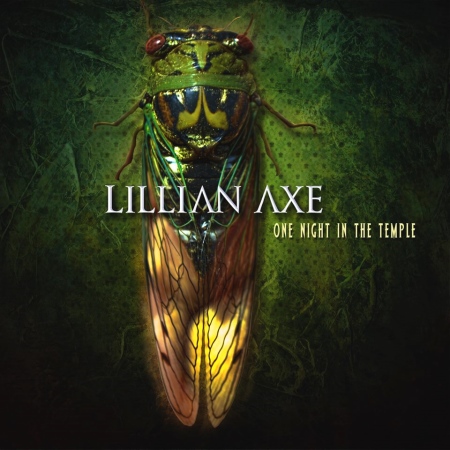 “Over the years I’ve tried to align myself good people. Heart-wise and soul-wise. The talent is half the game, because the heart and soul is the other half.” – Steve Blaze

Guitarist Steve Blaze has led hard rockers Lillian Axe to great heights over the years, the New Orleans band winning over thousands of fans captivated by the beating melodic heart of the band’s tunes. Despite numerous line-up changes, including a stint with original Godsmack drummer Tommy Stewart, the Axe have managed to remain good. The hard work and dedication of Blaze’s outfit earned them a place in the Louisiana Music Hall of Fame on May 16, 2010. Lillian Axe was the first hard rock band inducted into the LAMHOF, enshrined along with music greats Fats Domino, Buddy Guy, Louis Armstrong, Jerry Lee Lewis, Little Richard and Allen Toussaint to name a few.

Now, hot on the heels of XI The Days Before Tomorrow (2012), with Brian C. Jones on vocals the band sound perhaps better than ever. New 2CD/DVD set One Night In The Temple is a must hear acoustic/live engagement of Axe classics played with fervor to devoted fans at a Masonic Temple.

One Night In The Temple is a treat. The concert features all the band’s hits, including “True Believer”, “Show A Little Love”, “Crucified”, “Misery Loves Company”, “Ghost Of Winter”, “The Great Divide”, “Bow Your Head”, “Waters Rising” and the crowd favorite “Nobody Knows”. Like Sevendust’s powerful as hell recent Time Travelers & Bonfires, it proves again that acoustic-heavy renditions of rock songs can work really well.

Click HERE to read a chat with Steve about the release.