Search Results for "Take Over And Destroy" 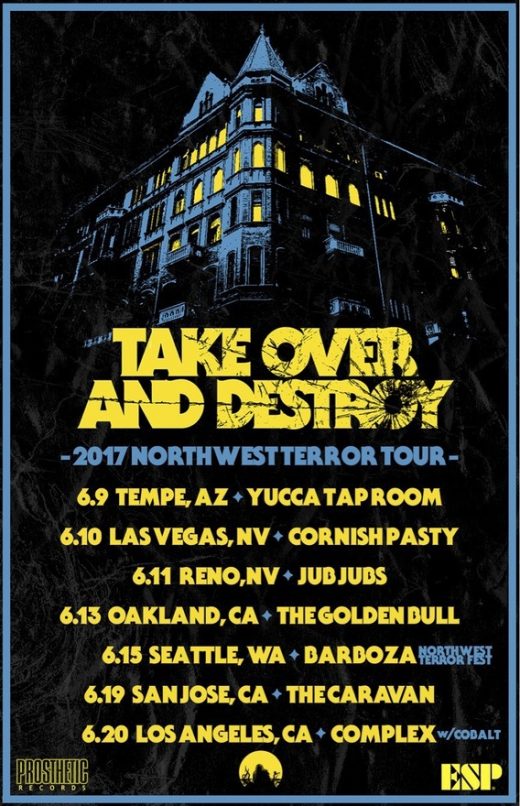 Arizona’s Take Over And Destroy are preparing to hit the road again for a short run of dates in June.
The band says, “We’re thrilled to be hitting the road again. It’s been a while since we’ve toured this area of the country and we’re looking forward to seeing some familiar faces. The tour includes a date at the first ever Northwest Terror Fest, and it’s sure to be an event to remember. See you this summer!”
For tickets & further information, please visit the band’s facebook page at facebook.com/TakeOverAndDestroy.
Add to My Radar 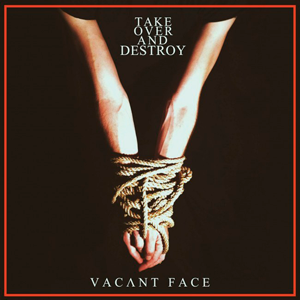 Arizona has birthed some balefully rad metal bands the last few years, from the political grind might of Landmine Marathon to the potent sludge of Godhunter. The latest buzz band to rightfully deserve all the accolades thrown their way is TOAD (Take Over And Destroy) from Tempe, AZ. Do you remember when records were less about genre and more about just cool ass songs and energy combinations? TOAD do. Put on House of GVSB from Girls Against Boys, for example (which sounds nothing like the band I am writing about). Every song was clearly GVSB but full of cool elements that made it all interesting top to bottom. Type O Negative are another good example. Whether you loved them or disliked them (because there was no in between with that classic band), it is undeniable that a Type O record was lush with dynamics.

NWOBHM delivered with the conviction that makes a band like Christian Mistress great is here wed to classic rock matter of factness, the sense that layers of keys and guitar are a fact of life and just part of making good music. Like doomers The Order of Isrofel, I dont think TOAD lose much sleep over whether people think mellow parts or weird interludes that might be a little Zeppeliny are cool or not. I like that the singer of this band is confident in his real singing voice, even when it is a bit freaky and unique. There are enough emotions packed into this killer album that your face will not remain vacant. You will rock and believe. Synth and a touch of retro horror feel creep in like choking vines at the edges of a bleak energy that nonetheless is offset by the strength of the band. “Summer Isle” thumps and stomps like a lower budget Cathedral fronted by a drunk sounding Peter Murphy, while “Terminal Burrowing” kicks balls with the sludge charge of “March Of The Fire Ants”-era Mastodon with crack insanity BM drums.