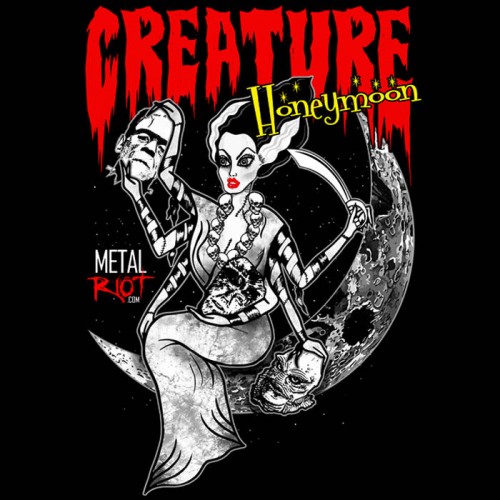 The countdown to Halloween has officially begun! Head to our snazzy new Bandcamp page HERE for the first three tunes to be revealed from Metal Riot’s Creature Honeymoon, a monster themed compilation I’ve been putting together with friends from around the world of metal and punk for the last few months!

The full comp will be out ON Halloween but we are revealing more tracks every week counting down! This is even more exciting than Back To The Future Day on the 21st (though I am seeing Superjoint and Danzig that night, which is pretty exciting. Hmmm). Anyhow, while it is technically Wednesday as I type this and the last day of September rather than October first, I just couldn’t wait on letting some of these monsters out for dinner! Heck, we had a super blood moon eclipse the other night and you know that must’ve riled up some of them!

The first three tracks you can hear or name your price for are from New York’s Cirrhosis, Boston’s Mongrel and Seattle’s The Great Goddamn (thanks to Lisa from He Whose Ox Is Gored for introducing me to that last one).

A death metal “Black Lagoon” ode, a tale of war zombies and a 2:00 song about an “800 Lb. Gorilla” seem like a great way to kick this beast party off!

Stay tuned each week for more tracks! Cover art for the comp was provided by Kim Zangrando! 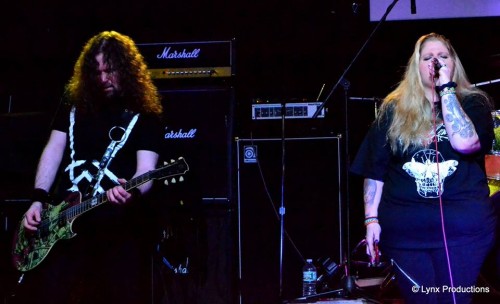 You hear that there is no protest music, anymore. That’s simply not true, but Mongrel are a band who blur the distinction… in a good way! The social awareness and yet ability to enjoy their lives approach makes the band more human, and more invested, than most. When you hear “Tarnished Halo” or “Snakes” for the first time,  you know this band is special and living their songs.

Mongrel’s snarling punk rock vocals over gritty rock n roll tinged punk, hard rock and metal fuses together different elements to create a direct impact on any listener with blood in their veins. Fans of Otep’s ragier Atavist moments or even something as abrasive as Amen’s prime We Have Come For Tour Children ought to pee when they find out this band has been under their radar, if for some reason they don’t already know about Mongrel’s fun blend of fiery hard rock.

I checked in  with Adam Savage (guitarist/founder)  to learn about Evolution. Read more BELOW.