Search Results for "The Flight Of Sleipnir" 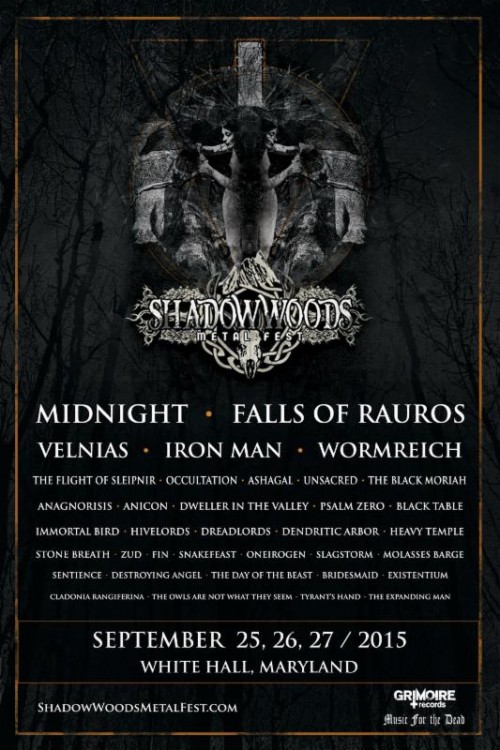 Set to take place September 25th – 27th, 2015, the new location of SHADOW WOODS METAL FESTis similar to the previous site, with deep woods, cabins and tent camping fields, yet is slightly closer to both Baltimore and Philadelphia, making it even more accessible to East Coast metallers planning on attending the diverse three-day festival. The more intimate setup of the new camp is equipped with several cabins, modern plumbing bathrooms, a professional kitchen, a lodge building, and access to a river, as well as an indoor stage.

Since initial announcements, Menace Ruine dropped from the lineup and was replaced by Black Table, yet the remainder of the SHADOW WOODS METAL FESTlineup remains the same, includinglead performances from Midnight, Falls of Rauros, Occultation, Velnias, Iron Man, Anagnorisis, The Flight of Sleipnir and Stone Breath, along with twenty-six additional acts. The fest is also likely to be the first live performance for the surviving members of Wormreich since their tragic vehicle crash in April. The gathering showcases underground black, doom, death, and noise and experimental metal bands on two alternating stages all day Friday and Saturday. Camping and workshops on topics such as runes, guitar maintenance, yoga and more will be offered and are included in the ticket price. Artists and record labels will be vending alongside several onsite food stands.

There will be ZERO ticket sales at the gate for SHADOW WOODS METAL FEST — advance presales to those 21 years of age and older is the only way into the fest, and is still BYOB. Cabin beds are now included in the ticket price but are limited to first-come first-served. There is a list you can sign up on mentioned in the private group. There are only 350 tickets in total, and half of those tickets have been sold.

Additionally, the SHADOW WOODS METAL FEST website has been redesigned to include a store — including a new poster for the event designed by Fred Grabosky of Sadgiqacea. — as well as the newly-launched Shadow Woods Radio, showcasing artists set to perform at the festival. Check it all out RIGHT HERE.

Line up in full BELOW.

Interview: The Flight Of Sleipnir – Nothing Stands Obscured 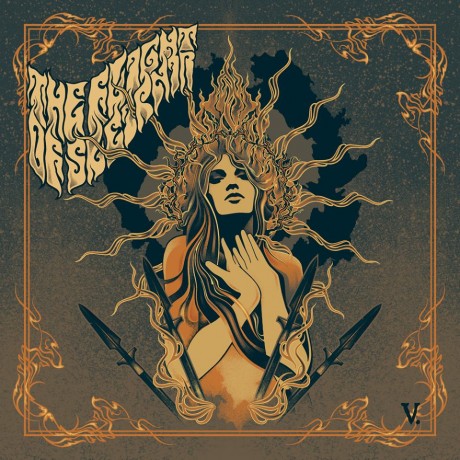 The Flight Of Sleipnir‘s newest opus V. is so heady and yet physical at the same time, I found myself really taking forever to finalize questions for this interview. I was starting to think their PR guy from Napalm Records who I am friends with would think my brain had turned into a soft boiled egg. Well, I may interview and review many, many bands but this record is so good I wanted to try to be even more reverent than usual to the collection of total power contained in V.’s tracks. Like Odin’s eight legged steed who is their namesake, the band are a force to be reckoned with and convey many truths.

For more on one of Colorado’s best known best kept secrets, enter BELOW.