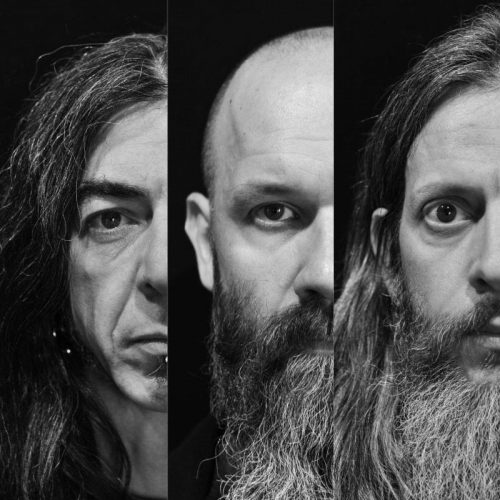 Italian metallers Ufomammut have released a video of their 20th anniversary live acoustic set from Gaswerk in Winterthur, Switzerland in April. The live video was made by Andreas Weimann. Check out the video over at Cvlt Nation.

Ufomammut is preparing to release a box set called XX in celebration of their 20th anniversary as a band. The XX box set will feature nine Ufomammut’s albums. The box sets will include all eight studio albums; Godlike Snake, Snailking, Lucifer Song, Idolum, Eve,Oro, Ecate, and 8. Additionally, the box will include a new release, titled XX. This new recording features six revisited tracks – “Satan,” “Plouton,” “Lacrimosa,” “Infearnatural,” “Mars,” and “Destroyer – which were re-recorded during the band’s recent European tour.

XX sees Ufomammut’s Poia performing acoustic guitar and effects, Urlo handling vocals, synth, and effects, and Vita on drums and percussion, with Ciccio and Stefano Tocci handling sound production and recording. The sound was mixed by Stefano Tocci at Ampire Studio and mastered by Luca Piazza at Zen Garden Studio.

“We thought it could have been great to celebrate our twenty years as a band with something different. We wanted to collect all our music in a single place, but we wanted also to do something that we never did before, so we thought about to play a different version of some songs. The ‘acoustic side’ came out from that and we’re very proud of the result we were able to play in front of our beloved fans during our latest spring tour. It was amazing to share these songs with all the people that are following us since the beginning. This is a present for all of them and also for us, for what we’ve been during these long twenty years.”

The XX box set will see release on September 9 through Ufomammut’s own Supernatural Cat Records. 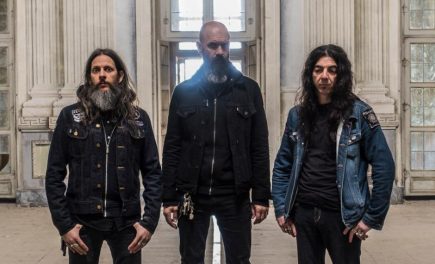 Italy’s mind-altering UFOMAMMUT marks their 20th Anniversary in 2019 and is celebrating the milestone touring across the globe. Having just completed their latest European excursion, the band had just landed stateside to begin their latest trek across North America for the next several weeks.
After eight albums, an immense amount of touring, dozens of festival performances, and countless miles and hours on the road, UFOMAMMUT is ready to celebrate this important 20th Anniversary event with their marvelous and loyal fans with special live sets. The band begins their new trek in Oakland, tomorrow, April 18th, followed by shows in Los Angeles April 19th, and San Diego April 21st.
UFOMAMMUT then traverses the continent for a line of East Coast dates, running from April 23rd through May 4th. With shows in Brooklyn, Philadelphia, Boston, Montreal, Toronto, Cleveland, Chicago, Lexington, Atlanta, Durham, and Richmond, touring alongside Kings Destroy for this East Coast voyage. Fans can expect the band to perform a selection of tunes spanning their catalog, including revised/revisited versions of some songs.
UFOMAMMUT has also just announced yet another tour of Europe for later in the year, surrounded by one-off festival performances this summer, two gigs in Russia this September, with even more tour actions to be announced over the months ahead as the band celebrates their 20th Anniversary with their fans around the planet.
See the 20 Years UFOMAMMUT tour trailer RIGHT HERE.
Stream UFOMAMMUT‘s entire newest LP, 8, RIGHT HERE and see the video for “Warsheep” HERE. 8 is available via Neurot Recordings HERE.
Dates BELOW.
Add to My Radar

Ufomammut tour with White Hills is not to be slept on 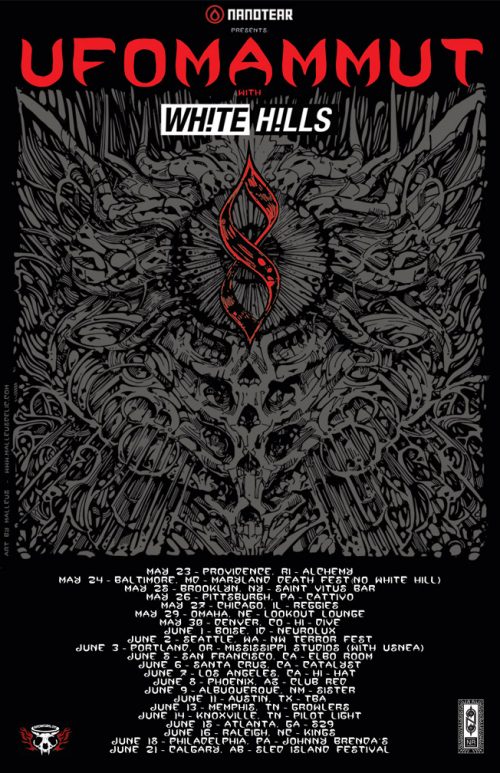 Ufommamut deal in the kind of miraculously trippy and sludgy sonic weddings that fans of Stoneburner, Mastodon or, say, Eagle Twin can relate to. It is nice to see the Italian band taking cult band White Hills out on tour with them. I have seen White Hills tour with Kylesa and they have a lot of diversity in their often psychedelic and ritualistic guitar sound. Their recent Stop Mute Defeat is a colder sort of industrial affair but only adds more range and social bite to their killer repertoire. Ufomammut’s colossal sound is hard to describe, but you can check out their latest 8 here.

The trek includes performances at Maryland Deathfest, Northwest Terror Fest, Sled Island Festival, and more. A full list of tour dates and ticket links can be found below.

UFOMAMMUT bassist/vocalist Urlo was this week involved in a near-fatal motorcycle accident which leaves him requiring knee surgery. With pure devotion to their stateside fans, the surgery will be postponed until after the tour, and the band will perform as planned. 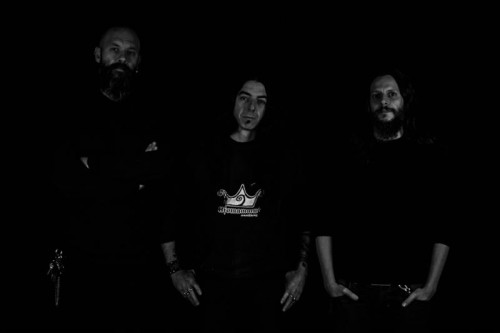 Ecate will drop on March 30th via Neurot Recordings.

The new track is called ‘Plouton’, and it is massive.

In addition to the new track fans can check out a series of mini-documentaries about the making of Ecate.

Check out ‘Plouton’, the documentary and Ufomammut tour dates here. 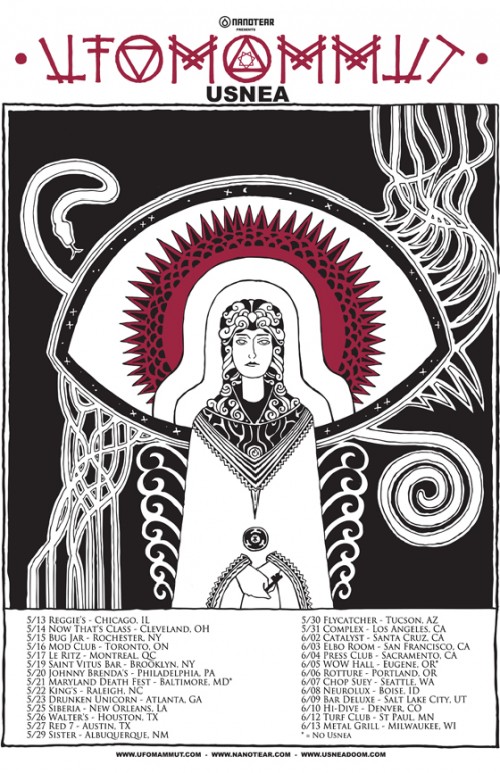 Ufomammut from Italy are one of the heavier psychedelic and monolithic bands today. Their Eve concept record blew my mind and I’ve been a fan ever since that pro-sacred feminine monster of an album. Now the band are finally touring North America and bringing Relapse signees Usnea in tow (who recently released Random Cosmic Violence, a bold 4 song album).

Ufomammut will be supporting new seventh album Ecate, a track “Temple” from said banger recently unveiled at The Quietus HERE. It is heavy and weird just how we like our UFOs and Mammoths.