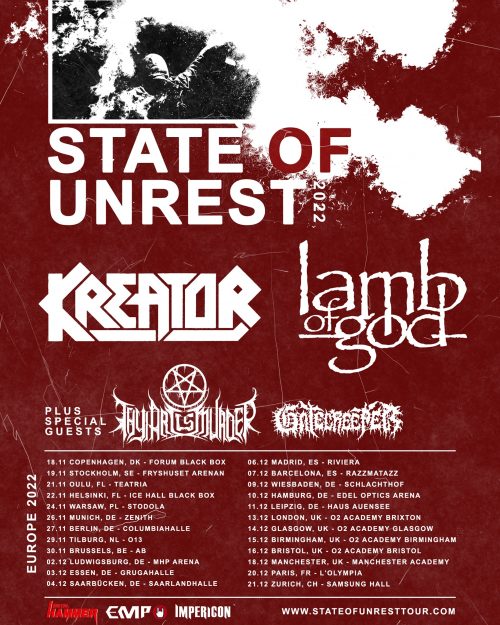 Just gonna leave this message from KREATOR here as it certainly speaks for itself:

Hordes! We are beyond excited to reveal the new dates for our postponed co-headline State of Unrest tour, raising hell alongside Lamb of God, Thy Art Is Murder and Gatecreeper.

Unfortunately, due to venue availability, we were unable to reschedule our performance in Oberhausen. However, we are excited to announce our return to Essen for a very special hometown show.

Tickets are on sale now at www.stateofunresttour.com

*Tickets bought prior to the tour reschedule remain valid* 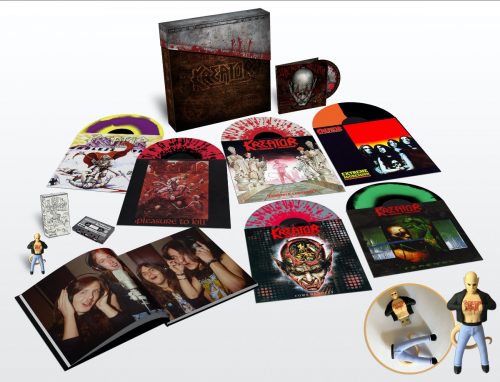 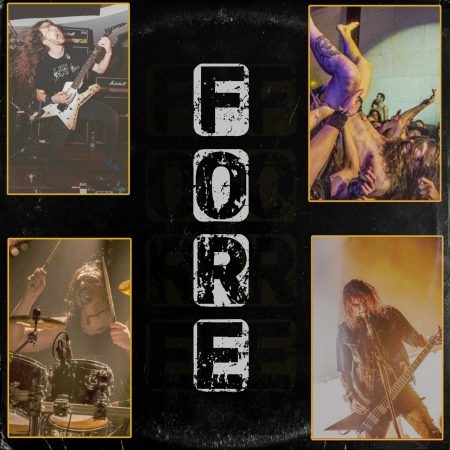 FORE have released two songs, “What’s Right For You”, and “Today We Rise (No Tomorrow)” which can be streamed/purchased on the band’s Bandcamp page.

On the formation of the group, guitarist Nordberg said: “Jeramie and I both love that late 80s/early 90s punk like BAD RELIGION, PENNYWISE, THE OFFSPRING, NOFX, so we decided it was time for us to make a punk band. We had already worked with Speesy and Brian in our “One Song In One Day” quarantine series, so we knew they were talented, pro, and easy to work with.”

Speesy added “So excited about a new band! Taylor asked me if I wanted to do something punk-like, and I agreed immediately as everyone knows, I’m a very, very big punk fan. From the idea to now, only 5 or 6 weeks have past.”

The group’s first songs, along with the rest of the band‘s debut album, were mixed and mastered by Nordberg and Kling at their own Smoke & Mirrors Productions in Spring Hill, Florida. 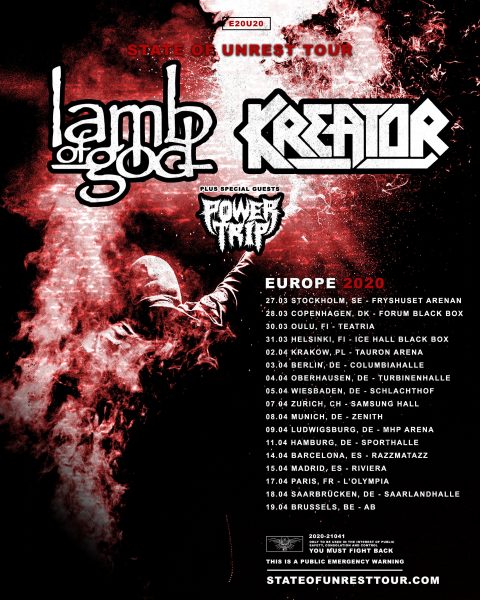 German heavy ambassadors Kreator are co-headline touring Europe with mighty Lamb Of God and the light hearted fellowship known as Power Trip. A mass mosh monstrosity of healthy proportions is a safe bet to ensue. What a killer package!

Hordes of UK/Europe! It is our pleasure to introduce the ‘State of Unrest’ co-headline tour featuring our only European shows of 2020 with the mighty @lambofgod and support from @powertriptx. Tickets on-sale this Friday, 6 September at 10am local time at https://t.co/CmG6NuQr2E pic.twitter.com/wNOq3IrPPE 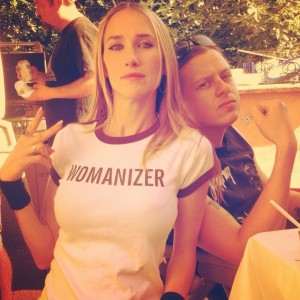 Thank you, Huntress for the Metal Monday news:

Stoked to tour with Arch Enemy, Kreator Official & Starkill this fall in North America! We’re now recording our 3rd album with Jim Rota & Andrew Alekel in Los Angeles to be released early 2015 via Napalm Records. Huntress will perform some new songs on tour with Arch Enemy, along with fan favorites from our albums Spell Eater & Starbound Beast — what songs do YOU want to see Huntress perform live?!  – from Huntress Facebook. 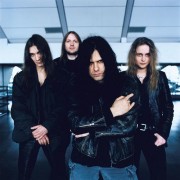 Kreator has released a new music video for their song “Civilization Collapse” off of their full length album Phantom Antichrist. The video premiered on Metal Hammer’s UK page. 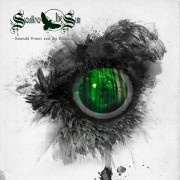 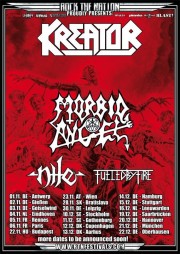 Phantom Antichrist will be Kreator’s 13th studio album and is scheduled for release on June 5, 2012 via Nuclear Blast.

Phantom Antichrist is Kreator’s 13th studio album and will be released on June 5th via Nuclear Blast. You can watch the trailer here.

Legendary German thrash metal band Kreator have released the second of three trailers for their upcoming album Phantom Antichrist. The second trailer focuses on the development of the album art and offers some great shots of the two covers and the interior artwork. With so many albums being downloaded this trailer is a pretty cool way to bring attention to what seems to becoming a lost art.

Phantom Antichrist is Kreator’s 13th studio album and will be released on June 5th via Nuclear Blast. You can watch the trailer here.

Kreator’s releases a trailer for their upcoming album Phantom Antichrist

Legendary German thrash metal band Kreator have released a trailer for their upcoming album Phantom Antichrist. The album is Kreator’s 13th studio album and will be released on June 5th via Nuclear Blast. Phantom Antichrist is a follow up to the 2009 effort Hordes of Chaos. You can watch the trailer here.

German thrash pioneers Accept and Kreator have announced a co-headlining North American tour beginning in September 2012.  Titled the “Teutonic Terror Attack” it will include Finnish metalheads Swallow The Sun opening the shows up throughout the duration.

Kreator has a new album called Phantom Antichrist due out June 5, 2012 on Nuclear Blast while Accept released Stallingrad last month also under NB, so expect new material from both bands.