John Hoyles and Spiders actually could “save rock n roll” 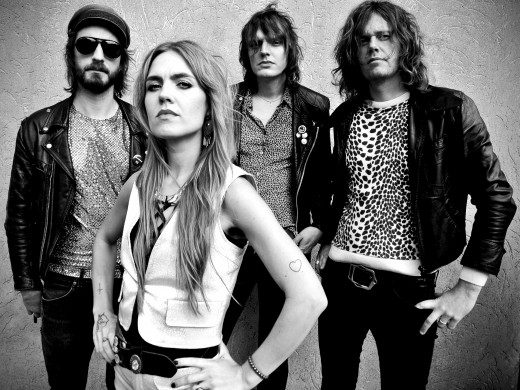 Maybe it is naive to put the burden of “saving rock n roll” entirely on proto metal/glam/garage punks Spiders from Gothenburg, Sweden, but the vibes and power the band bring are so good and so strong that you want to imagine a better world where their new song “Why Don’t You?” speeds to the top of the charts. So, so good.

The band have been around for a number of years at this point (and have shared the stages with the likes of Uncle Acid & The Deadbeats, Graveyard and some new band called Metallica), but I had somehow never heard them until recently. Thank God. Not that  I wouldn’t have enjoyed their earlier stuff, far from it…but awareness of the group came along and restored my faith/made me feel good right at a time when I needed a pure rock n roll jolt of lightning. Here is hoping they do the same for you.

It’s a breath of fresh air to have a band cut through the plasticity of pop culture so flawlessly. Shit, “Why Don’t You?” is pretty much a perfect rock song even if they had never done anything else.

John Hoyles checked in for a fun conversation BELOW. 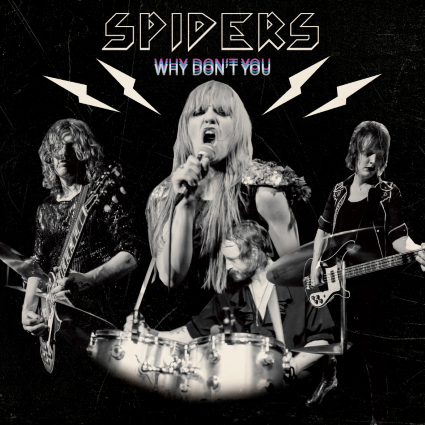 Spiders 3 song “Why Don’t You” EP is awesome ear candy married to hard proto-
metal and garage in the best, most Swedish of ways. I swear, Sweden just
churns out amazing bands still to this day from Spiders to Night Viper to
Blues Pills. This came out a few months ago, but better a late review than never!

This little three song gem is a great introduction to Stateside fans who might
not have heard of the group. You’ll def want to catch them when they hit the
States opening for tastemakers Graveyard in early 2016.

Frontwoman Ann-Sofie Hoyles has a no brainer, rich and compelling voice that
reminds me a bit of Sarabeth from Tower’s impressive pipes. A bit lower and
more dusky than some female vocalists, bluesy and full of feeling but not as
raspy as, say, Janis Joplin. The band even beat Ghost at the ABBA cover thing
with a less ironic and quite rockin’ take on “Watch Out”. The opening guitar
tone slices and dices and the snare sound is perfect. And those “ooh lalalas”!

The production on the EP is clear but not overstated, similar to recent
Horisont. Just pure win and to the point songwriting that will make you tap
your foot and get caught singing out loud in public. If this was another decade
“Why Don’t You” would be ruling the charts.