Interview: Beastmaker – Inside The Skull with Trevor Church 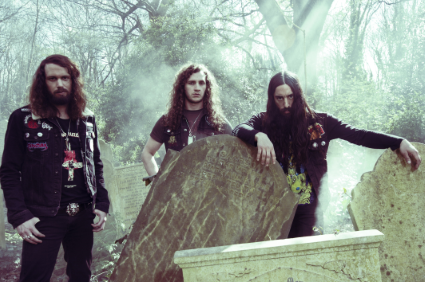 “I enjoy writing songs so much that even my shitty songs are meaningful and important to me.” – Trevor Church

I was going to go jogging today but actually ate so many chickpeas trying to re submerge into healthier dieting that I feel like I may puke. That could also be because I had a bunch of Prosecco with the chickpeas but anyway, to make a long story short I am instead lying in bed guilt listening to the first Carnivore record (remastered and expanded soon for a Metalville re-issue, incidentally).

Anyhow, a few weeks ago I was eternally cucked when I had to miss Beastmaker, Geezer and friggin’ Black Sabbath at Gramercy at the last minute. All I can do is wallow beneath the dripping head of a vaguely familiar looking demagogue that Kathy Griffin was waving around yesterday and pray that if I lap up some of the droplets of falling gore that my metal points will rise again like a health meter in some early 90’s side scrolling fighting game. But wait, the Gods of metal have intervened and today brings a chance to redeem myself by sharing with you the good news of Beastmaker’s crushing new opus Inside The Skull !

Songs like “Evil One” and “Now Howls The Beast” not only deliver everything a true metal fan could want in a song, but will also be sure to appease fans of the band’s cool earlier songs.

Beastmaker get set to tour with Zakk Sabbath, about to drop killer new album 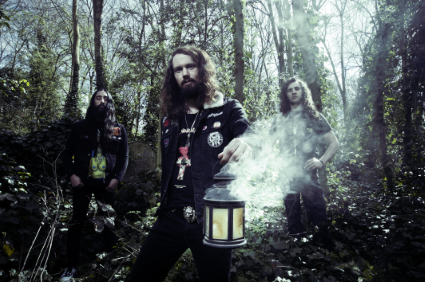 A friendly reminder that Beastmaker fucking rule and are about to drop a true monster of an album Inside The Skull on Rise Above this May 19th. It is heavier, gnarlier and all around more blissfully doomed the fuck out. Loving the promo. Man, “Of God’s Creation” and “Psychic Visions”…wait til you hear those new bad boys. Massive, vintage Sabotage Sabbath meets darker heavy modern doom and hard rock sounding monuments to heavy glory…it’s all there. It is gonna flatten a lot of the stuff released so far this year, IMO. The tones and general sense of presence of each track is simply large and in charge, baby.

The band are about to kick off a highly drooled over tour with mighty Zakk Sabbath as well (and my boys in Geezer are on a NY show, I believe). Beastmaker assure me that ,“We are ready to rise from the crypt for the blood feast!”

Check the dates out below. Highly worth your time, and I do mean highly. \m/