Interview: Takhisis will lock you in a doomy London dungeon (for dragons) 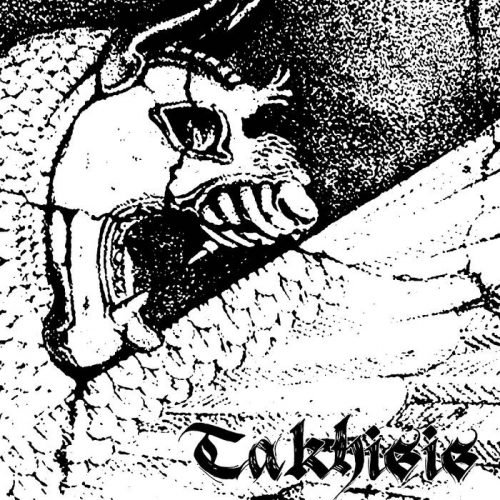 ‘Looking at a lot of history and myth, women have been treated as a “temptress” or “seductress” – forcing “pure” men to commit evil. Even in this day and age, a lot of people treat women as monsters.’ -PR

Running out the door to see Laetitia Sadier Source Ensemble play up the street so I am not writing the longest intro for this, but Pope Richard is a positive force in the underground metal scene and likes a lot of my snarkiest Twitter posts about politics that a lot of people think go too far, haha. Blackened Death  is an incredible label more people should support and he is a major force behind it. Fucking A+ stuff that breaks stereotypes about metal as a haven for hate groups while still pushing very classic elements and the cutting edge? Look no further!

I also was a dungeon master as a kid and at several points in my life have actually OWNED every Dragonlance book save two or three harder to find joints like Murder In Tarsis (have it now) and  Love & War (have it now as well, haha). Of course I was thrilled to see Pope Richard has a musical project called Takhisis! This was a metal band name that needed to exist. The record fucking slaaaaayyyys as well, doomy self-made perfection that rocks hard but is just rough enough around the edges to keep it feeling more hungry and coming for you.

Read our chat BELOW in the Abyss.