Search Results for "Oceans Of Slumber" 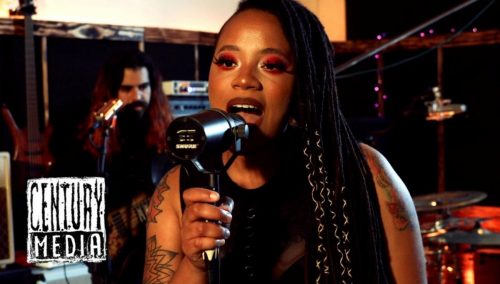 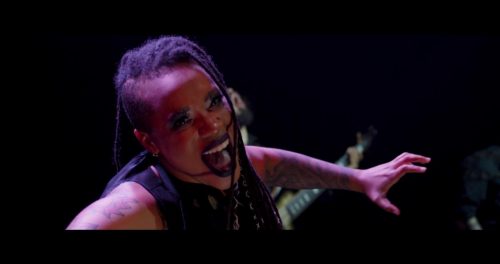 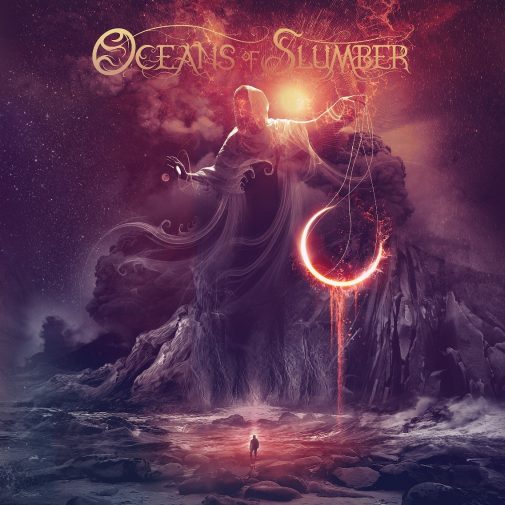 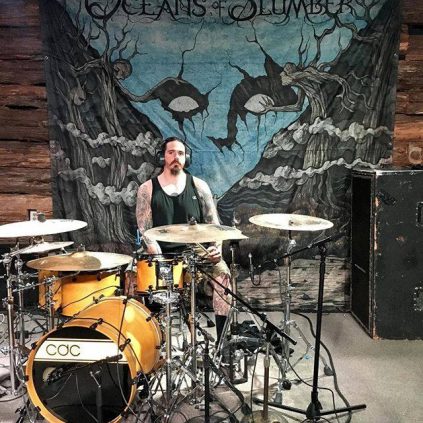 I was listening to Epica’s The Quantum Enigma today kind of baked and driving in the intense gray rain, the passionate performances and unabashed soaring complexity of the material inspiring me as Upstate, NY’s dampened fall colors blurred by under a wet obfuscating temporary canopy of droplets. The song “Victims Of Contingency” hit me powerfully and re-centered my focus on the mantra that time is a special, fleeting yet permament construct. What we do in our limited moments become our choices and how we lived. It is so simple but we overlook this out of the familiarity of routine daily, even as we are constantly surrounded by so many miracles and options it is a wonder anyone ever decides to “BE” anything.

Anyhow, that said I love when people are decisive and make bold artistic statements and this year has been loaded with them, from the assuredly high constitution rolling persistence of Anicon’s ferocious and focused Entropy Mantra to the compositional and emotive brilliance of Oceans of Slumber’s The Banished Heart to the groove metal activism of Otep’s Kult 45. Whether the emotional performances/beauty in the branches between spare folk and acoustic black metal simplicity is your bag or being inspired to be the next Dimmu and you aim for extremely elaborate compositions, here is some respect for the artists out there. We toast you with a cup of my liberal tears (which only make me more Goth, eternal win. Take that, chumps).

Oh that reminds me, anyone want to start a cover band of pre-Born Again Dave era Megadeth called Magadeth and we cover just “Foreclosure Of A Dream” and early Metallica songs and make fun of Alex Jones and people who think Obama was behind False Flags instead of, y’know, rampant lack of rational gun control being a cause in rising and alarming gun violence trends and school/public shootings? Kanye was visiting Trumpy with Kid Rock today, so I guess racism is solved. Guess what, stooges? The only invisible wall (to quote Ye) is gonna be the one on the border we don’t allow to be built as vile stain on our nation’s alleged love of diversity.

Where was I? Cool metal stuff to tell you about today to underscore my point about this fertile scene of special decisive statement making artists! Actually most of us have anxiety but that doesn’t mean the albums always sound like it!

First up, speaking of Oceans Of Slumber (a serious album of the year contender at the moment), they are selling the ONLY backdrop from their Winter era at Big Cartel! This is a cool opportunity for a dedicated fan to have a major piece of the band’s history. I would snatch it up if I had the scratch for sure! \m/

In bummer news for them (and great news for Visceral Disgorge) Soreption have had to drop out of their slot on the Farewell Frank Suffocation Tour. Cattle Decap shared a tweet letting fans know that the tour line up had changed. I mean, I assume other bands shared that info also but I stan Cattle Decap the most so saw it there first, haha. Fucking Krisiun is on that tour as well. Christ, that is a bad ass line up even with a little switch-around. Let’s support!

Unfortunately due to Visa Issues @Soreption is forced to step down from the tour. Taking their place in the lineup will be @VisceralDisgorg We wish the best to Soreption but we know that Visceral Disgorge will not disappoint!!!

Here for a little reminder that today is National Coming Out Day, a tweet on the subject from our account:

#NationalComingOutDay the punk/metal scene IS a place for queer perspectives. You wouldn’t have either genre without influencial gay outsider culture. Thanks @otepofficial for making me feel confident to come out as bi during a chat years ago. And enby last year. ?️‍????

Huge high fives and horns to queer creators and fans out there. Sing Priest’s Turbo as loud as you can into a shower head today at some point. We love you all. Remind people that The Sex Pistols wouldn’t have had such a cultural impact if it weren’t for the UK Club scene and fashion attitudes, thanks! XO.

Lastly today, CHTHONIC have a new video out for “A Crimson Sky’s Command”!

With many tracks from CHTHONIC’s fresh Battlefields of Asura album being associated with different Taiwanese gods and goddesses, “A Crimson Sky’s Command” was inspired by the god of war “Te-ia-kong”, or “Xuantian Shangdi” in Mandarin. The lyrics naturally takes on warpath and aggressiveness, however, frontman Freddy Lim states that “on top of the imagery at the face value, it also represents the courage we need to face, confront and overcome our own weakness”.

Check it out below!

Oceans Of Slumber to tour with Insomnium 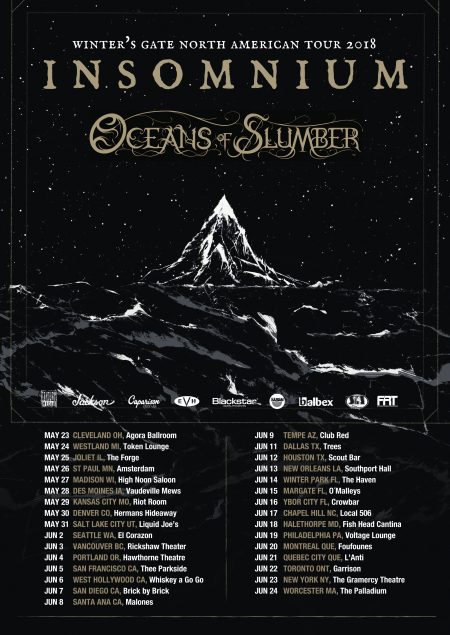 Very cool tour news today. Soulful and intelligent metal masterminds Oceans Of Slumber are gaining more and more of a buzz, sure to be amplified even further when they hit the road this year with Finnish melodic death metal warriors Insomnium! Can you really do a Winter’s Gate tour in the late Spring/early summer though? It runs from May 23rd to June 24th. Hmmm. Maybe we can get snow blowers in the venues? Where are my people at?! Someone get on this! For more click HERE. 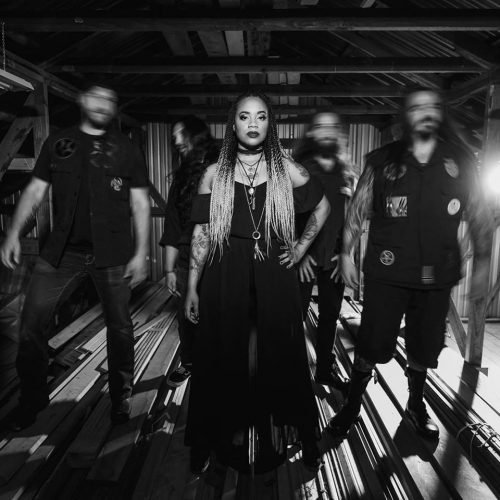 Texan progressive metal powerhouses Oceans Of Slumber are one of the must watch acts of 2018. This band is incredible and compelling, constantly honing their craft and unafraid to develop a real emotional connection with listeners via the impressive musical arrangements paired with the moving and otherworldly vocals of Cammie Gilbert. This is one of the bands we are stanning so fucking hard this year. “The Banished Heart”, their gorgeous and emotional latest video, got 13k views in less than 24 hours! Not bad for a non-household name act still proving their staying power. In the bands words they are ,”…Binding the extreme with the grandiose and topping it with the soulful call of our very own siren.”