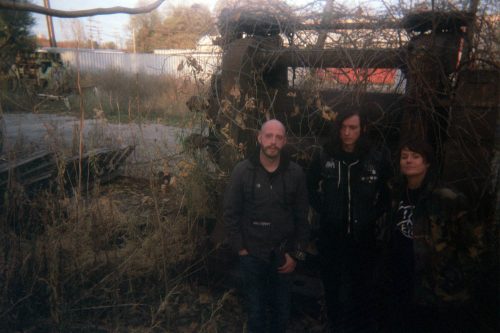 Cleveland, Ohio’s Pillärs have given the underground a real shot of adrenaline right out of the gate in 2018 with new release Abandoned. From to the battle cry d-beat attack of opener “Last Rites” to the eerie and solemn dirge of closer “Behind The Wall”, the eight tracks on the release defy apathy and display relentless chemistry between the band members . There is a real love for underground punk and metal here in most forms.

Released on Tape Haus cassette (thetruetapehaus.com) and self-released CD, this is one of the most buzzed about current records in extreme music circles.

It was our pleasure to check in with the band about touring new places, scene building, overcoming obstacles and personal goals for making the scene more inclusive and generally rad.