Music Video: Mnemic – “I’ve Been You” 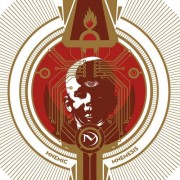 Danish metal group Mnemic have just released a music video for their song “I’ve Been You.”  The song comes from their June 2012 release Mnemesis which was released by Nuclear Blast.

To check the video out for yourself click here.

Swedish director Patric Ullaeus of the Revolver Film Company AB from Gothenburg, Sweden was in charge of the video and Mnemic guitarist Mircea Gabriel Eftemie had the following to say about the video:

“Here we go, finally it’s done — the ‘I’ve Been You’ video from the ‘Mnemesis’ album, showing us five morons headbanging in a cardboard factory! We went all the way to Sweden to shoot this with our good old friend Patric, who has done 90% of our videos. This time, once again he did a fantastic job, making us look like a million bucks (starting from 50 cents, that is), and we couldn’t be more satisfied with the outcome!”

Danish modern metal outfit Mnemic are offering a free download of the song “I’ve Been You” from their upcoming album Mnemesis.  The album will be available June 8, 2012 via Nuclear Blast.

“This is the first single of the new album and at the same time one of the most accessible songs on it — it’s simple, easy to digest and just melodic. If you thought you were about to listen to something technical, weird and crazy — or supposedly djenty, which we are not — you were wrong. You would have had to listen to the other songs, ’cause they might be like that — who knows? Maybe you should get the album once it’s out, and let us know what you think. You can always tell us if it sucks or rules on our Facebook page!” 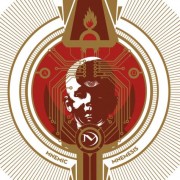 Daunting Danes Mnemic will unleash their latest album, Mnemesis, on June 8th via mNuclear Blast. Ok ok, thats the end of the mnessing around. This marks their fifth studio release in their career. The track listing can be seen on the mnext page. I lied.

A first for them, however, is playing the outback. Guitarist Mircea Gabriel Eftemie elates on their upcoming tour in Australia:

“We are actually going on tour next month! More precisely we are taking a run out in Europe, and later this year we are hitting Australia for the very first time. We’re very excited about this, and looking forward very much to be playing in this corner of the world!”

This week’s video, and the final part of the studio blog, features vocalist Guillaume Bideau screaming into the microphone and telling us how he is “like a bat.”  This will be the band’s follow up to 2010’s Sons of the System.  Click here for the video and enjoy.

The past three weeks, we have been following Danish industrial/modern metal outfit, Mnemic as they record their fifth studio album at Antfarm Studios in Aabyhøj, Denmark.  The band has been hard at work recording the follow up to 2010s, Sons of the System. The new album features recently enlisted members Victor-Ray Salomonsen Ronander (guitar), Simone Bertozzi (bass), and Brian Larsen (drums).

Each week has offered a different video from the band.  The first week’s video featured drummer Brian Larsen beating the hell out of some drums.  The second week’s video featured Victor Ray Salomonsen tracking guitars and showing off some new gear.  Last week’s video introduced us to guitarist Mircea Gabriel Eftemie.  The fourth installment from the studio blog can be seen here, and features bassist Simone Bertozzi laying down some low end.

Danish industrial/modern metal outfit, Mnemic have uploaded the third entry into their studio blog.  The band recently announced that they were hitting the studio to record their fifth record.  In doing so, they have been keeping fans tuned in by releasing a serious of videos from their studio blog.

The third installment features guitarist Mircea Gabriel Eftemie recording guitars and  talking gear.  We have been keeping track of the band’s progress.  If you’ve missed the first two updates, don’t fret you can catch the first video here, and last week’s update here.

The band is recording their 5th studio album, still at which is untitled.  To catch up, last week’s video update showed drummer Brian Larsen beating the hell out of his drums.

Danish industrial/modern metal outfit, Mnemic have uploaded the first entry into their studio blog.  The band is working on its fifth, currently untitled, album at Antfarm Studios in Aabyhøj, Denmark.  The first episode features drummer Brian Larsen beating the hell of his drums.

Studio update 1 also includes the following comment from the band: “One week ago we entered Antfarm Studios – right before the black metal winter kicked in – here in Scandinavia. It’s an awesome and great feeling being back working together with our friend, uncle, and long-time producer Tue Madsen on a new Mnemic album. More the fact that we all are gathered in the same house (with dogs, girlfriends and homies we haven’t seen in a while)… it makes it all like one big happy family. We’ll try to keep you all updated as much as we can, with some video footage from our workspace. So far we’ve tracked the drums.”