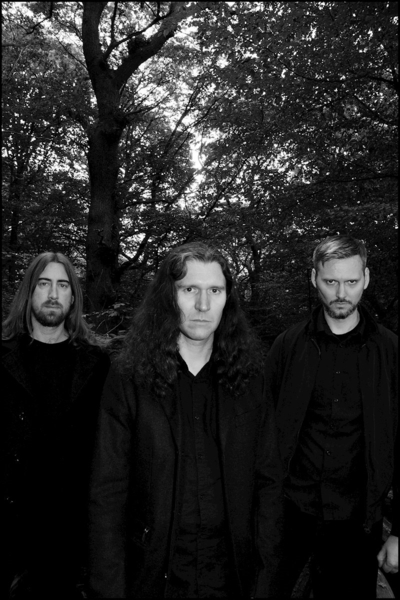 “This is very much a standalone release that has its own atmosphere and really works as one long song.” – The Watcher.

UK Black metal/post-rock hybrid FEN are far too good to really simplify with such limiting descriptors. Regardless if you feel the alleged freedom inherent in “black metal” as a concept (which some people think ought to actually be quite restrictive) covers their sound adequately and wether or not you feel the over-used assumption that all “post-rock” is slow tempo Mogwai aping without the innovation is grossly lacking accuracy when it comes to FEN’s moving dynamics and kinetic emotional resonance, there is just no way to capture the power of what the band does in simple short genre tags. They are a mind blowing experience.

When I first heard this band a few years ago I felt like they had the emotional power to connect that the best Agalloch or Ulver material had but with a much more savage side. Also, the music takes an even greater deep dive into the sort of nature respecting weary yet awed exploration of humanity and the wider Universe in a way that, doesn’t sound much like, but connected with me in a primal way as much as a legacy band like Neurosis. They even cover some of the melodic vocal ground you might hear these days in a more progressive leaning band like Enslaved, while still staying a bit more rooted in the black metal sound than that band has become (no shade, love it all). But yeah…to put it simply, FEN are just really fucking sick musicians who also don’t lose “the feel”.

It was an honor to interview The Watcher about the group’s astounding Eisenwald MLP Stone & Sea.

Read our philosophical exchange BELOW.