Search Results for "Falls of Rauros" 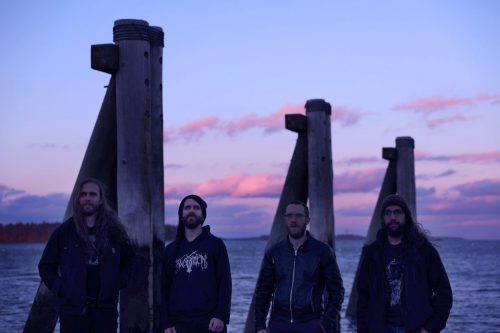 Portland, Maine metallers Falls Of Rauros are streaming their newest song “Weapons of Refusal” over at Revolver.

“Weapons of Refusal” comes off the band’s forthcoming album Patterns In Mythology due out July 19 via Gilead Media.

“‘Weapons of Refusal’ ultimately wound up being one of the more ‘optimistic’ songs on Patterns in Mythology, despite the overwhelming and borderline hopeless subject matter of the lyrics,” confesses guitarist/vocalist/lyricist Aaron Charles. “The title is a reference to Situationist thinker Raoul Vaneigem’s ‘The Revolution of Everyday Life’ which provided a wealth of inspiration around the period this album was written. The lyrics act as an entreaty to face down the violence and ugliness bombarding us daily and seek to build a better world, in whichever manner it must be done; it’s an encouraging and vengeful song about turning the weapons of the enemy back upon them.”

And stream “Weapons of Refusal” via Revolver.