Search Results for ".gif from god"

Hear the .gif from god – “approximation_of_a_human” record over at Mathcore Index 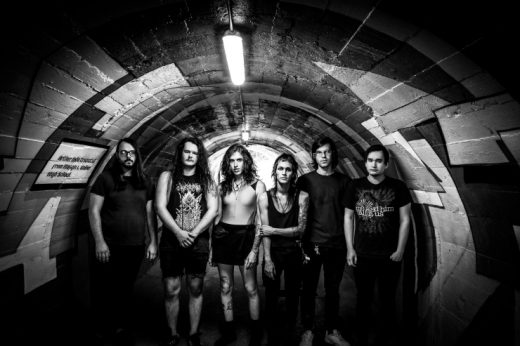 Richmond’s .gif from god‘s complete monster of a Prosthetic debut is currently eating alive anyone who previews it in full over at Mathcore Index RIGHT HERE. Trust us when we say it is kind of a good time. You can tell the band white knuckled their deepest emotions into these sick ass, rollicking demonic freight train performances.

“Possible Futures In The Minds Of Children” is prob my favorite tune on here so far, giving me mathcore version of FNM’s “As The Worm Turns” vibes on the intro before exploding into jealousy inducing levels of chaos. Also love the way “Take The Flesh, Make It Stretchy” kicks off, just one of those songs that you know people will be likely to freak out live when they hear a split second of it begin.

approximation_of_a_human is available Friday, September 27th. Pre-order is available HERE. This band fucking rules and are def our favorite of the groups who are kind of showing some 00’s mathcore and screamo snark/mosh influence currently. 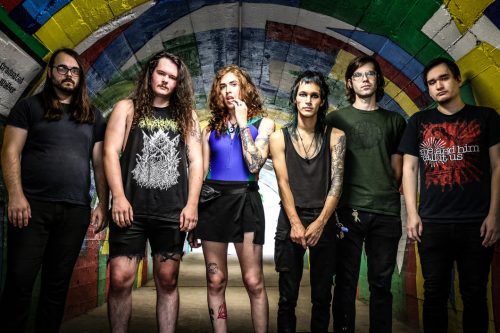 The track comes off the band’s upcoming album approximation_of_a_human, which will be released on September 27th.

The music video was done by artist Morta Sustain.

About the track, vocalist Mitchie says:

“The song is about running through darkness. More directly it’s about how hopeless and cyclical it feels to move through the world with debilitating anxiety that goes unaddressed; moving forward with no direction or intentionality. How can one hope to overcome their demons or circumstances without acknowledging the reality that they are faced with? Without others affirming that their reality is real and valid?”

“sassafras is a re-recording and modification of one of the first songs .gif ever recorded. I wasn’t in the band at the time but it was the first song I was taught after I joined. We never felt like it was done proper justice, and we’ve changed so much as a band since it was first written and initially released that it sounds wildly different now. We want to show people who’ve never heard of us before a song that still remains important to us, while hinting to our current fans how much we’ve changed before releasing material that bears almost no resemblance to previous .gif from god releases.”

Head over to Alternative Press to  check out “sassafras manassas ass.” .gif from god are also streaming, “no dude…he STILL likes to spray” via the Zegema Beach Records Zampler.

Check out the tracklist for approximation_of_a_human and .gif from god show dates here.