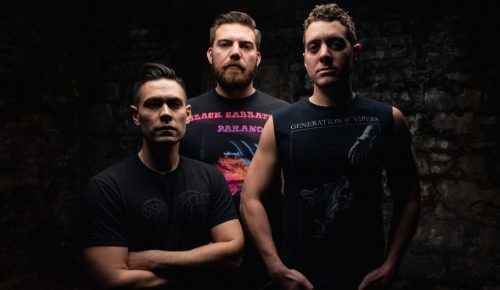 Chicago metallers Snow Burial earlier this month released a music video for their song “Sever the Bloodline” over at Decibel.

“Sever the Bloodline” comes off of Snow Burial’s upcoming album Ostrava due out on September 20 via Prosthetic Records.

About the video, SNOW BURIAL frontman, Ben Bowman comments, “This video was conceived, directed and edited by Derek Cox of Polymyth Studios. He’s been a long time colleague of Nick [Delehanty]’s and was inspired by the song’s dark imagery. The song itself is born from the despair bred by the wild inequality and greed we see daily and invokes some rather violent themes to make a point. We’re hardly ever literal, but the extremity of the sound and words have intent.”

Head over to Decibel to stream “Sever the Bloodline.” You can also check out the album art and track list for Ostrava here.