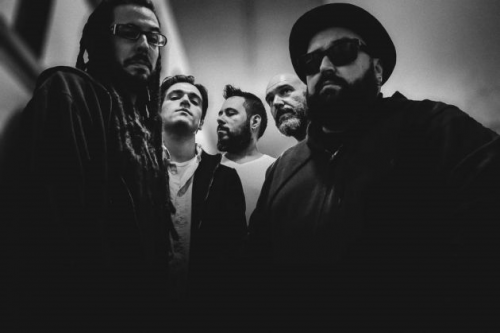 VËLLA from Portugal have released their debut alternative metal album Coma. Raising Legends Records put it out. The album was recorded at Raising Legends Lisboa studios with the band’s bass player, Caesar Craveiro, taking over the production, mixing and mastering tasks.

The group remind me of a sort of Korn/Chevelle blend of influences, from what I have heard so far. Check their song “Mannequin” below and see if it is for you.

The record features some special guests, such as the singer from the Portuguese groove metal band Equaleft, Miguel Inglês, who lends his voice to the song “The Promise”. Ana Marques gives her voice to the track “Tormento”, which also has the contribution of Ariana Pereira’s violin, and “I’ll Be The End”, the last song of the record, has the vocal collaboration of André Ferreira aka Wild Maui.

VËLLA’s guitar player Mário Rui comments: “This record illustrates the union of 5 musicians without fear of taking risks. We rely on the vision of each member to create the best music possible, without defining genres or barriers. In the end, the result was 12 distinct tracks, featuring heavy riffs, memorable choruses, melancholy environments and addictive melodies. We wrote a record that certainly won’t leave anyone indifferent.”

Oz Vilesov, the other guitar player, adds: “While we wrote the record we never had a pre-defined genre in mind. We chose to be guided by our own songs and this resulted in a record with multiple facets.”