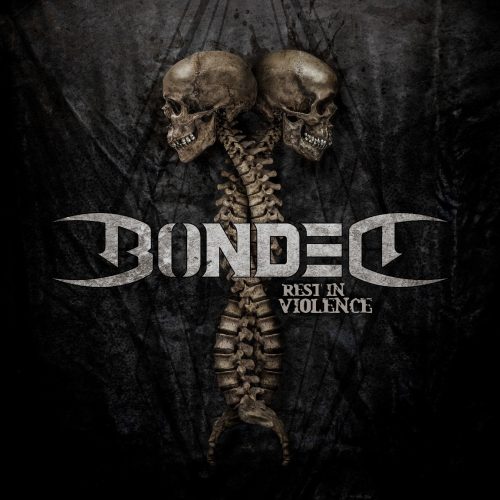 Thrash act BONDED released a pulverizing debut Rest In Violence back in January via Century Media that you will want to make sure you get to hear a little of before it burns your skull to cinders. It is actually now a German stamina test to see how much of the record you can withstand before your ears burst into flame, at least in my quarantined imagination. This album will make you feel passionate about the bonds in your life, keep the fire in your step and help give you the will to fight through the clouds in your mind.

Formed by scene veterans Bernd “Bernemann” Kost (Guitar) and Markus “Makka“ Freiwald (Drums) in 2018 after their exit as longtime members of SODOM, musical partners Marc Hauschild (Bass) and Destroy Them / ex Suicidal Angels member Chris Tsitsis (Guitar) were quickly added to the ranks in order to continue working on new own song-material as well as to develop the concept for a new entity, which was finally completed with the addition of Assassin frontman Ingo Bajonczak (Vocals) and consequently named BONDED.

Get to know this amazing project and read our exclusive new interview with Bernemann BELOW!