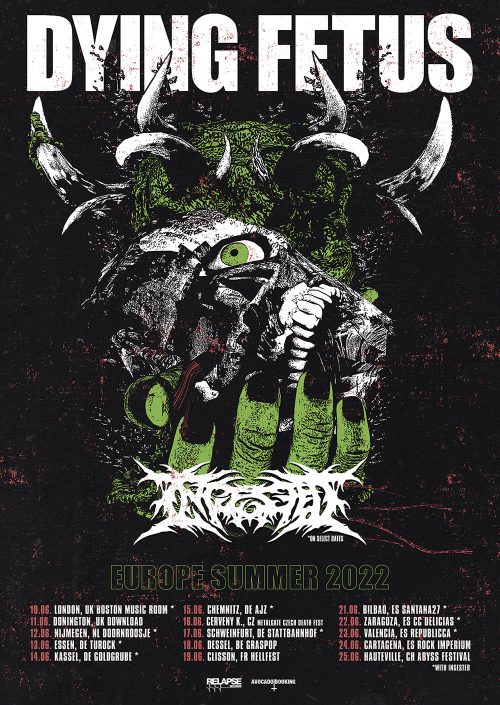 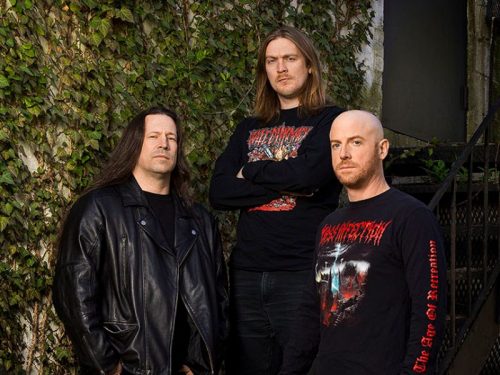 Interview: Dying Fetus are the wrong ones to fuck with 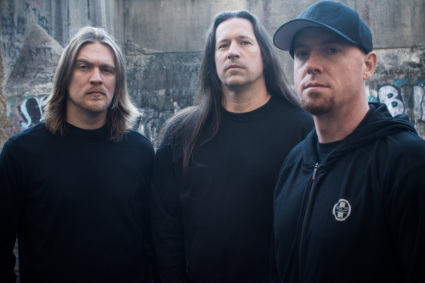 I was introduced to Dying Fetus through “Homicidal Retribution,” a track off the band’s 2007 release War of Attrition. By the time the line “You are fucking worthless, I don’t give a fuck about you!!” was growled out, I knew I was a fan. Now, ten years later the band returns again with their 8th studio album, which promises to smash faces and beat in skulls.

Ahead of the album’s impending release on June 23 via Relapse Records, I had the chance to talk with Dying Fetus drummer Trey Williams about Wrong One To Fuck With.

Dying Fetus release video from Wrong One To Fuck With album 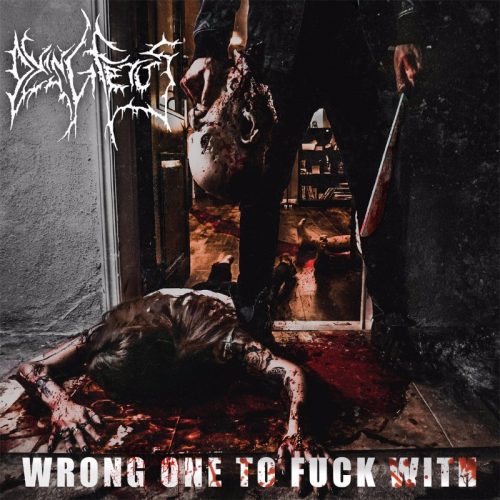 Pre Orders are live for Dying Fetus‘ new album Wrong One To Fuck With, out June 23rd.  In addition the band has released a video for “Fixated On Devastation”, which you can check out now. 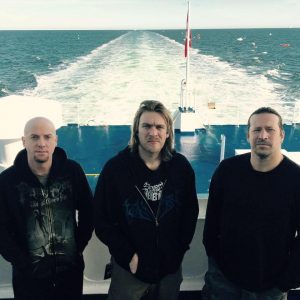 With five of their full length life wreckers back on vinyl for the first time since the original pressings (we suggest you start with the still unconditionally pit worthy Stop At Nothing ), it seemed a good time to give Dying Fetus the band spotlight. The death metal legacy of this group has withstood many tests and only come through stronger. Catch them on tour with Hatebreed in Europe this April if you are both lucky and brave. 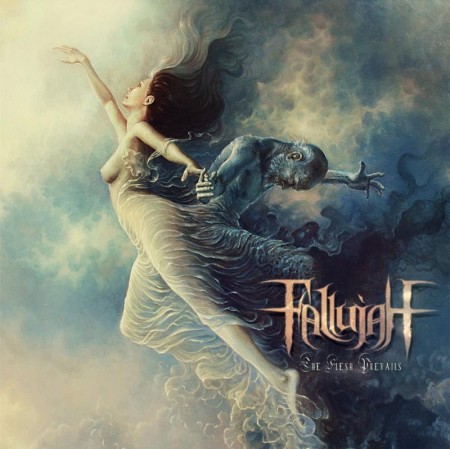 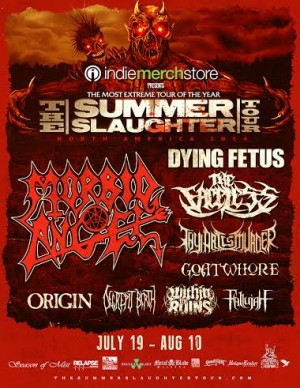 Summer Slaughter is bringing back the heavy in 2014.

And in a year when Mayhem Festival is bringing Cannibal Corpse and Warped Tour is bringing Born of Osiris and Chelsea Grin Ash Avildsen and co. seemed to have stepped up their game.

With bands like death metal stalwarts Morbid Angel, the brutal Dying Fetus and the relentless Goatwhore, Summer Slaughter is prepared to thrash and pillage this summer.

Check out the full line-up as well as comments from Morbid Angel’s David Vincent here. 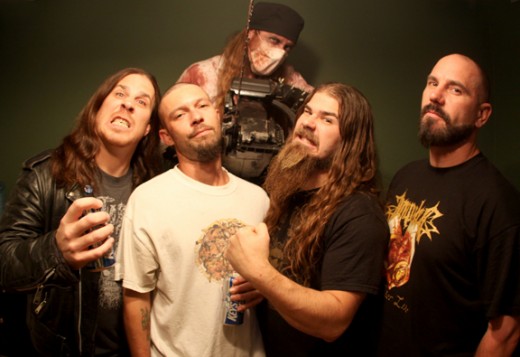 Californian death metallers Exhumed are revving up to hit the road this weekend.

Exhumed will be hitting the road in support of their recently released album Necrocracy.

Exhumed will be joined on tour by label mates Dying Fetus as well as Abiotic, Waking The Cadaver and Rivers of Nihil.

To get stoked for the tour, check out a full album stream including bonus tracks at Exhumed’s Bandcamp page, a track-by-track look at Necrocracy via Guitarworld, the video for the track “Coins Upon The Eyes” as well as tour dates here.

Additionally Dying Fetus have announced they are re-signing to Relapse Records.

Check out the tour dates, including European and Canadian dates, here.

Dying Fetus have been creating punishing death metal since 1991 with their most recent release being Reign Supreme. Reign Supreme was released in June of 2012 via Relapse Records and was the bands 7th studio album. 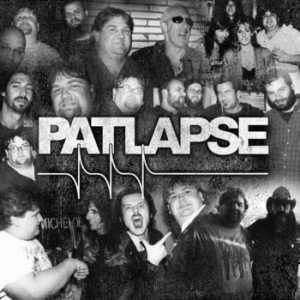 Maryland’s most lovable death metal trio Dying Fetus have released a particularly brutal music video for the song “Second Skin.”  It comes from their most recent Relapse Records release Reign Supreme.  The video is streaming via Bloody-Disgusting.com and tells the story of the mental and physical collapse of a child molester/murderer.

To check the video out for yourself click right here.  Just be warned, it is not for the faint of heart.

Dying Fetus will be going on tour with Hatebreed, Shadows Fall and The Contortionist later on in January as part of “The Divinity of Purpose Tour.”  Unfortunately they’re not stopping anywhere near me.  For dates and venues click here. 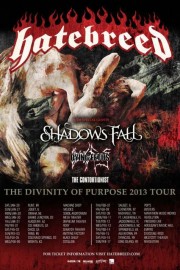 Death Metal heavy hitters Dying Fetus have announced an upcoming tour with Hatebreed, Shadows Fall, and The Contortionist. The tour will run from January 26,2012 to February 17, 2013 and is being called “The Divinity of Purpose Tour”. 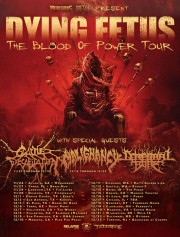 With Cattle Decapitation dropping off the “Autumn Apocalypse Tour” due to recent issues with Six Feet Under, it comes as no surprise that they have formed their own mini tour of the Northeast in really no time at all.  They are calling it the “By the Fans, For the Fans” tour and you can click here for dates.

Cattle’s dates still stand for “The Blood of Power Tour” with Dying Fetus which kicks off two days after the Northeast tour ends.  You can click here to find dates for that tour.

Masters of death metal Cerebral Bore has confirmed a U.S. tour with support from Dying Fetus, Cattle Decapitation, and Malignancy. The tour is set to kick off November 24th in Atlanta, Georgia and will end on December 23rd in Trenton, New Jersey.

To see comments, tour dates, and a video from the band click here.