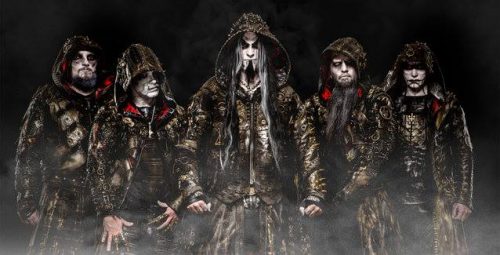 Norwegian symphonic black metallers Dimmu Borgir are preparing to make a return with the release of their 9th studio album, Eonian.

From Dimmu Borgir’s Facebook page: “The songwriting core of DIMMU BORGIR furthermore consists of charismatic vocalist Shagrath, as well as the string wizards Silenoz and Galder, but other familiar faces also emerge from the darkness: Drummer Daray and keyboarder Gerlioz are still part of the team, and Gaute Storaas helped with the choral arrangements for the majestic voices of the Schola Cantrum Choir. The cover artwork was designed in fascinating detail by Zbigniew M. Bielak (Ghost, Behemoth, Mayhem).”

The album has an expected release date of May 4. The first single, “Interdimensional Summit” will be released on February 23.

“Time, when not approaching it from the construct we’re used to can’t be defined and thus it is illusory”, explains axemaster Silenoz. “There’s only an ‘eternal now’, which the album title is already hinting at. When we travel between the worlds seen and unseen, the perception of time ceases to exist, it has no function. Our energy is our torch and our compass when we make rifts and pierce through the veil – when we go beyond.”

Vocalist Shagrath adds: “Eonian represents the illusion of time, everything that is and always has been. For us, it also marks the 25th anniversary of Dimmu Borgir and the album itself is a tribute to our own history and the Norwegian black metal history.” 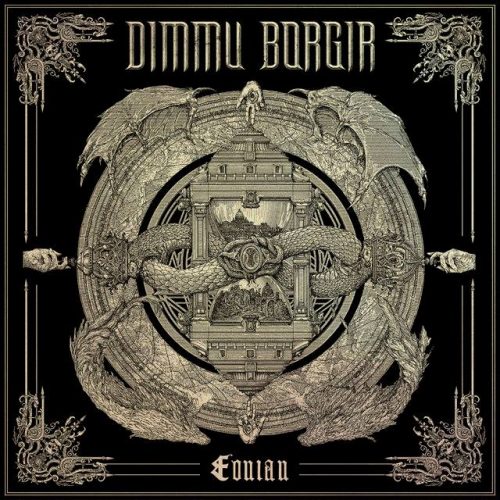 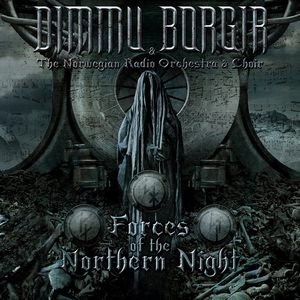 Dimmu Borgir‘s resurgence is clearly firmly at hand with the level of excitement very high surrounding the new double DVD Forces Of The Northern Night (4/28). Check out “Gateways” below. Man, that stage production is friggin’ awesome.

A good Monday to all my fellow heathens and cretins out there and welcome to Random Metal Shit Monday. This is the place where you come to get your metal fix and laugh, scream, cry, punch away the dreariness that is the dreaded Monday.

Today’s randomness is what happens when the double arches go bad. It’s not cut or mixed the best but it definitely is creative and makes for an entertaining few minutes.

Today’s RMSM is brought to you by the letter “C” for Creepy Clown. Enjoy. 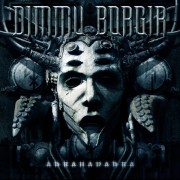 If you live in Europe or plan on attending any major metal festival this spring and summer, then Dimmu Borgir might be headed to a stage near you. The black metal stalwarts have announced a new string of dates that runs all the way into August.

On May 28, 2011 Dimmu Borgir gave a very special one-off show at the Oslo Spektrum with the Norwegian Radio Orchestra and Schola Cantorum choir. A live album and DVD of the show titled Forces of the Northern Night with an accompanying documentary is scheduled for release in 2012.

The last time Dimmu Borgir toured the U.K. was in 2009 with Lamb Of God and Five Finger Death Punch on the Defenders of the Faith tour.  This time around promises to be a little more exclusive though.  They will be the only band on the bill and are visiting eleven small clubs across the U.K., performing two sets at each stop.  The first will be a crowd chosen album, and the second will be a mix of classic hits.

Click here to read a statement from the guitarist about the tour and a list of dates.

Norwegian symphonic black metal band, Dimmu Borgir, are currently working on a new album. The band is calling it their “20th Anniversary album” stating on their facebook page:

“Wanted to let you guys know that Dimmu Borgir had several studio sessions lately , and have lots of new material for the upcoming 20th Anniversary album.”

The band’s latest release is “Abrahadabra” which was released in September 2010 via Nuclear Blast.

Norwegian symphonic black metal band Dimmu Borgir are pleased to announce three additional shows to their upcoming European run. These shows will be a part of Dimmu Borgir’s intimate club tour in which there will be no support band and they will perform two sets. The first set will be a full album in its entirety as chosen by the fans via their official Facebook page and the second set will include a variety of Dimmu classics. The band’s last album, “Abrahadabra”, was released October 12th,2010 via Nuclear Blast records.

Norwegian symphonic black metal band Dimmu Borgir have announced their first ever performances in Ireland.The shows will be a part of their  club tour of the U.K. which now includes the Republic of Ireland. There will be no support band and Dimmu will perform two sets. The first set will be a full album in its entirety as chosen by the fans and the second set will include a variety of Dimmu classics. check out the Irish show tour dates here.

Norwegian black metal band Dimmu Borgir have announced an upcoming tour that will take place in the U.K. There will be no supporting band and the Dimmu will perform two sets.  The first set will be a full album in its entirety as chosen by the fans and the second set will include a variety of Dimmu classics. Check out the tour dates here.

“It feels great to finally announce more U.K. dates!  We have not only kept our promise about coming back after playing just one show on our last run, but this time around, we will also do a special 2 hour set.  You don’t want to miss this!  See you down the pit!”

This week’s origin story takes us from the cultural, scientific, economic and governmental center of Norway to the land of ice and fire. Norway’s Dimmu Borgir has blessed us with their special brand of black metal since 1993, but from where does the name hail? Revelation awaits you here. 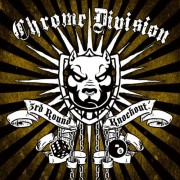 The album is set for release (today) May 6th in Europe and May 17th in North America via Nuclear Blast Records.

Norwegian black metallers Dimmu Borgir have announced that they will be playing an exclusive live show in Norway at the Oslo Spektrum. This show will feature 53 members of the Norwegian Radio Orchestra, who appeared on their newest album “Abrahadabra” which was released on September 22nd, 2010 through Nuclear Blast. According to the band, this is their only appearance confirmed for the summer . 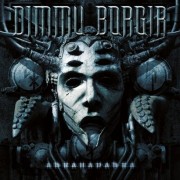 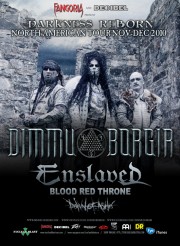 Dimmu Borgir are having a contest to give away guest list spots for their North American tour with Enslaved.  Contestants must set their default photos on Myspace or Facebook as the tour flyer and post a comment on the band’s page at either social network.

“Don’t have tickets to see DIMMU BORGIR + ENSLAVED on their upcoming North American tour yet?!

We understand that times may be tough for many, so in an effort to give back to the fans, DIMMU BORGIR + Nuclear Blast USA will be giving away limited number of guest list spots (not a backstage pass) to some lucky fans for the North American tour!”