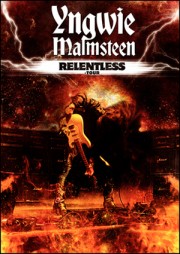 Titans of The Throne Drum Festival has been announced, and will take place this January. Featuring Members of Deicide, Malevolent Creation, Cynic and Yngwie Malmsteen, the festival is sure to excite those interested in heavy metal drumming and drummers.

Some of Metal’s top drummers have been tapped to take part in the ‘Titans of the Throne’ Drum Festival on January 21 at Hooligans Live in Boca Raton, FL. Sponsored by Sick Drummer Magazine, Tama, Sabian, Vic Firth, Evans and Regal Tip, this performance-based event aims to shine the spotlight on some of the most prominent drummers in metal. While several guests are to be announced later, the main performance will feature appearances by:

The event will also include raffles, giveaways and even a chance to win drum lessons from Sean Reinert from Cynic.

For more information, visit Titans of the Throne’s Website