Sodom release new song ‘Down On Your Knees’ from latest EP 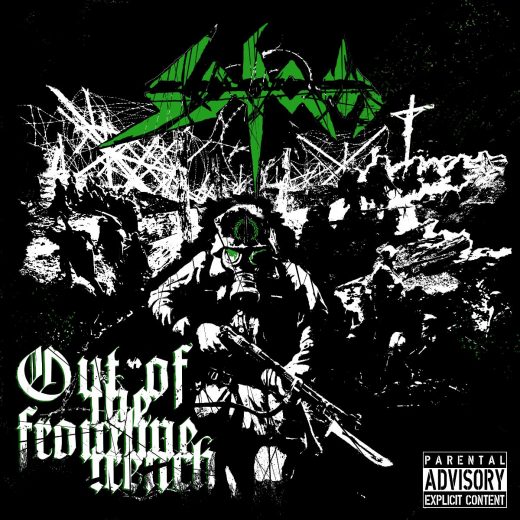 German Thrash icons SODOM have released a new song today titled “Down On Your Knees,” and will release a new EP titled Out Of The Frontline Trench on November 22, 2019. The all-new effort will be available via Entertainment One (“eOne”) in North America and SPV/Steamhammer in Europe as CD DigiPak, vinyl, download, and stream.

Tom Angelripper says: “Postcards and letters from my granddad, which I discovered among the things he left behind when he died, and some TV documentaries have given me a vague idea of what it must have been like for soldiers back in those days to leave their trenches and face those life-threatening battles.”

The close relationship between a metal band and its fans can be measured by – among other things – how long they make their supporters wait for new songs. So looking at it from that perspective, Sodom is exemplary, seeing that they’ve always supplied their huge following with new material at regular intervals. The release of their current album Decision Day was followed – in time for their major European tour in December 2018 – by the EP Partisan.

Now the Gelsenkirchen thrash metal act, led by Tom Angelripper (vocals, bass), presents its generous side again. Before the work on their upcoming full length is set to begin, Sodom are ready to unleash their brand-new mini-album Out Of The Frontline Trench. Angelripper calls the recording “a sign of life for our fans.” Having recorded, together with his guitarists Frank Blackfire and Yorck Segatz plus drummer Husky, three new songs as well as two classics (one of them re-recorded, the other one live number), ‘Out Of The Frontline Trench’ forging an arch between (Sodom’s) past, present, and future.

German Thrashers Sodom today are premiering the music video for their song “Stigmatized” on Bloody-Disgusting.com.

S.O.D.O.M. is streaming off of Decibel Magazine here.

“Stigmatized” is streaming at NPR here.

Tom Angelripper had this to say:

“SODOM haven’t had an official video clip for some time, so it’s about time we did one. That’s why the mini film will be uncompromising, a shocking clip which our fans can look forward to!”

Epitome of Torture is to be released on May 7.

Tom Angelripper had this to say about Epitome of Torture.

“Hard-as-nails and contemporary, without ignoring our tried-and-tested old-school attitude.”

German Thrash giants Sodom, return with their first album since 2010’s The War and Pieces. They have released a trailer for their newest album Epitome of Torture, expected to be released via SPV/Steamhammer in North America on May 7, in Germany on April 26 and in Europe on April 29.

Check out the trailer here.

Tom Angelripper had this to say on the trailer:

“Sodom haven’t had an official video clip for some time, so it’s about time we did one. That’s why the mini film will be uncompromising, a shocking clip which our fans can look forward to!”

Check out the tracklisting here. 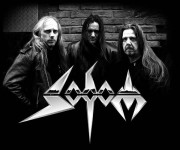 Sodom have begun mixing their anticipated new album, which is currently untitled and scheduled for release on April 29, 2013.

Sodom released their last album In War and Pieces in November 2010 in Europe and two months later in the United States on SPV/Steamhammer Records.

Sodom have set April 29, 2013 as the release date for their anticipated new album, which is currently untitled. No further more information has been given, but they have reportedly been recording 12 songs with producer Waldemar Sorychta.

Sodom released their last album In War and Pieces in November 2010 in Europe and two months later in the United States on SPV/Steamhammer Records.

German thrashers Sodom have canceled their appearance this upcoming Friday at the Silesian Massacre Festival Vol. 2 in Katowice, Poland, as a result of the band’s guitarist, Bernd “Bernemann” Kost, being rushed to the hospital. It’s not known what exactly happened to Kost, but the band’s booking agent wrote an update on their MySpace page:

“We do not know what exactly has happened as I write this e-mail. Kost is currently under medical observation in the emergency section to discover exactly what the problem is. We feel very sorry, but unfortunately and obviously because of the situation as it stands at the moment the band cannot travel to Katowice on Saturday. I know it is not the best time and it is short notice, but the situation as it is with Bernemann leaves the band no choice. I hope for your understanding and I regret that this situation has come about. The band were looking forward to playing at [the] festival.”

The band’s latest album “In War and Pieces” was released January 11th, 2011 on SPV records.

New Music: Sodom streaming “Feigned Death Throes” off of “In War and Pieces”

German thrashers Sodom have released a streaming of their new track “Feigned Death Throes” off of their upcoming album “In War and Pieces”. The album is set for release on January 11th, 2011 on SPV records. This is their first album since 2007’s “The Final Sign of Evil” which was released on Steamhammer Records.

New Song: “Storm Raging Up” from upcoming Sodom album “In War and Pieces” 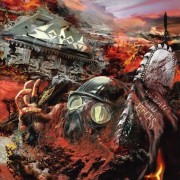 January 11, 2011 is the North American street date for the release of “In War And Pieces” from SPV/Steamhammer Records.  The album is will be available in the following formats: regular CD, two-CD digipack, double vinyl, two-CD digipack with lanyard.

In a recent interview with Mattowarrior’s Metal Madness, Sodom bassist/vocalist Thomas “Angelripper” Such stated about the upcoming album, “We have a new producer, Waldemar Sorychta of Grip Inc. He’s like a fourth bandmember. I told him I wanted Sodom to go back to our roots, and it’s important to create an album with an old sound. I don’t like productions where the bands sound like all the others. He ha[d] many ideas on how to arrange the album, and vocal lines, etc.”

German thrash metal legends Sodom have announced their new drummer Markus “Makka” Freiwald.  Freiwald will be replacing Bobby Schottkowski who split with the band on November 29th due to “personal and private problems” with Tom Angelripper.

Sodom is planning to kick off a European tour in Febraury with the new drummer.

The band just released their thirteenth studio album “In War and Pieces” on November 22, 2010 in Europe through Steamhammer/SPV Records.  The album is scheduled for release in the US on January 11, 2011.

German thrash legends Sodom have announced their upcoming European tour dates for 2011 as well as some planned festival appearances.  The band will be touring Europe during February and March, and are also slated to perform at Open Air Metalfest, Hellfest, and Rock Unter den Eichen Festival.

The tour comes on the heels of the release of their new studio album “In War And Pieces” which is due in stores November 19 in Germany, November 22 for the rest of Europe, and January 11, 2011 in North America.  The album is being released via Steamhammer/SPV.