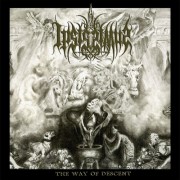 East coast black metallers Ipsissimus have announced they are signing with Metal Blade Records.  The band will be entering Sonic Environments studio in Bloomfield, CT to record their first full-length album and Metal Blade debut.  Ipsissimus began recording in June 2010 and are taking a short break before returning to Sonic Environments studio in early September to finish the record. Their feature full-length will include the band’s EP “Three Secrets of Fatima” along with three new songs.  The band has a handful of upcoming one-off shows that sees the band sharing the stage with the likes of The Absence, Skeletonwitch, Withered, Landmine Marathon, Unearthly Trance, Black Pyramid, Suma, and more.